Sistas are doin' it for themselves 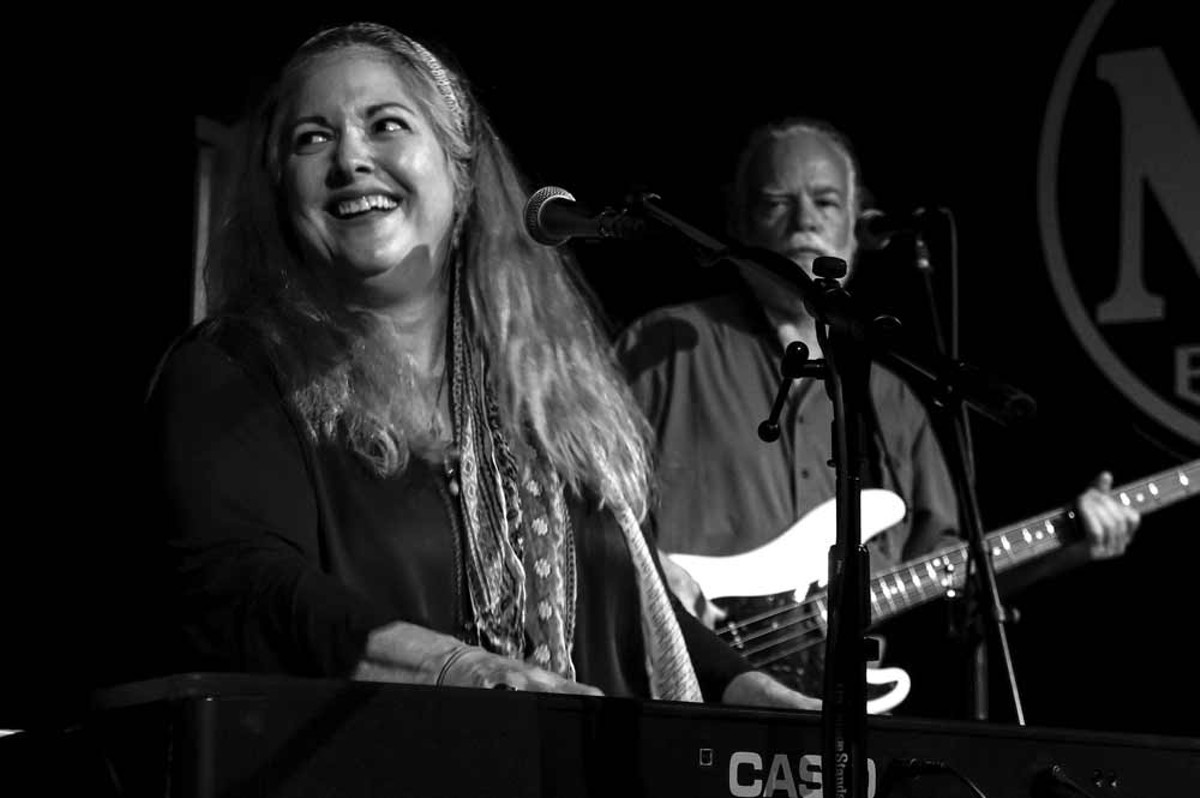 Beth McKee has a lot on her mind. She's currently in the home stretch of putting together the biggest event yet by her Swamp Sistas musicians' collective, and she's been hosting a series of living-room livestreams with artists participating to whet audience appetite, and she's coordinating with nonprofits like ArtReach Orlando and Come Out With Pride to make sure this is a party with a cause. But she's also thinking a lot lately about the evolving mission of the Sisters.

"Swamp Sistas was founded on the premise of that bifold mission of community service and supporting women in the arts. I was always very conscious of being diverse with our bills, and inclusive. But something always nagged at me. I'm like, 'Why are we only supporting women?'" says McKee. "So this year, the Swamp Sistas La La Foundation, which is the official nonprofit organization of this grassroots community, has officially expanded our mission to be community service still, but also to be supporting women artists and artists from marginalized populations. Whether it be LGBTQ+ or BIPOC. It seems like now more than ever these voices need to have an opportunity to speak and be heard and be supported as artists."

To that end, McKee's femme music collective the Swamp Sistas return this weekend, reintroducing themselves with a new sense of mission after a prolonged pandemic hunker. The daylong (and more than likely far into the night) Cosmic Conjunction Funktion will take over the entirety of the Will's Pub compound, creating a — if you will permit us to riff on the Swamp metaphor — self-sufficient, harmonious ecosystem of music, art, culture, artisan wares, food and beverages all gathered together.

Spread over all three Will's stages, local performers of all music stripes — including Kaleigh Baker & Taylor Galbraith (as Cockatwo Freakout), Subject to Change Improv, Mad Transit, Hannah Harber, Shine, Rachel Decker & George Dimitrov, Amy Robbins, Ka Malinalli, Renee Arozqueta, Jeannine Gage and McKee herself — as well as jam sessions, improv performers and live art will be on offer. Not to mention a vendors marketplace and copious eating and drinking options. It's intended as more than just a show — a way of spotlighting and representing new voices from a musician and cultural signal booster who has been tirelessly curating events for almost a decade now.

"I want this to be about and for the artists," McKee says. "It's a community gathering so the artists and the musicians can have a decent paying gig and a warm, loving audience and maybe there's the hope that all these different types of people will attend and realize that there's something special about everybody."

The immersive nature of the event — every inch of Will's will be bursting with sounds, visions or wares from the Swamp Sistas' extended creative family — makes it inevitable that you will discover a new (and hopefully) favorite artist. For McKee, this hope for connection and discovery extends to audience interaction.

"You might be standing next to someone you never met before, and learn something from them or learn something about them," says McKee. "I just feel like in society or in the world, the only way we can even start to try and heal our differences is to hang out with each other."

With the expansion of the scope of the Cosmic Conjunction Funktion to include many varieties of the performing arts, McKee's curatorial process duly changed — and of course she was able to get by with a little help from her friends.

"It was just a lot of research and seeking and asking friends and watching and seeing who I could find and, of course, a great part of the bill are women who have been performing at our events. But I wanted to broaden that out. I wanted to include more than just music," says McKee. "I have my consultants. I mean, I have sisters and brothers who keep me educated about things."

She shouts out E-Turn, Jim Myers, George Wallace at the Center, Kaleigh Baker and Terri Binion during the course of our conversation. "I ask people's opinion a lot and ask for help a lot."

McKee allows herself a brief moment to think back on the origins of the Swamp Sistas, and how far they've come.

"Having moved to Orlando, quite a while back — 25 years now — I had lived in New York, and I had been a part of that musical community. And before that, I was part of the Austin, Texas, music community. And I just loved all the stuff that was going on. So when I came to Orlando, I missed the kinds of events that I'd seen and the kind of interaction that I had seen and the kind of camaraderie between musicians. I guess it was sort of the Field of Dreams mentality. Like, if you don't see what you want to be doing, then create your own thing," she remembers.

For her (musical) part, McKee will be performing twice on the day, both leading her own band (with some new material promised) through a "funky rock set" and as part of the Swamp Roots Troop with Amy Robbins, Ka Malinalli, Renee Arozqueta and Bunky Garrabrant.

"I think what I'm most excited about is playing Ka's songs in the Swamp Roots Troop set. It's got to be special," says McKee. (When she says one of those songs is a cumbia, we get downright giddy.) "We've all learned them together, which has been a journey." Cosmic Conjunction Funktion is this Sunday. Come on in, the water's fine.