(Not) the last dance 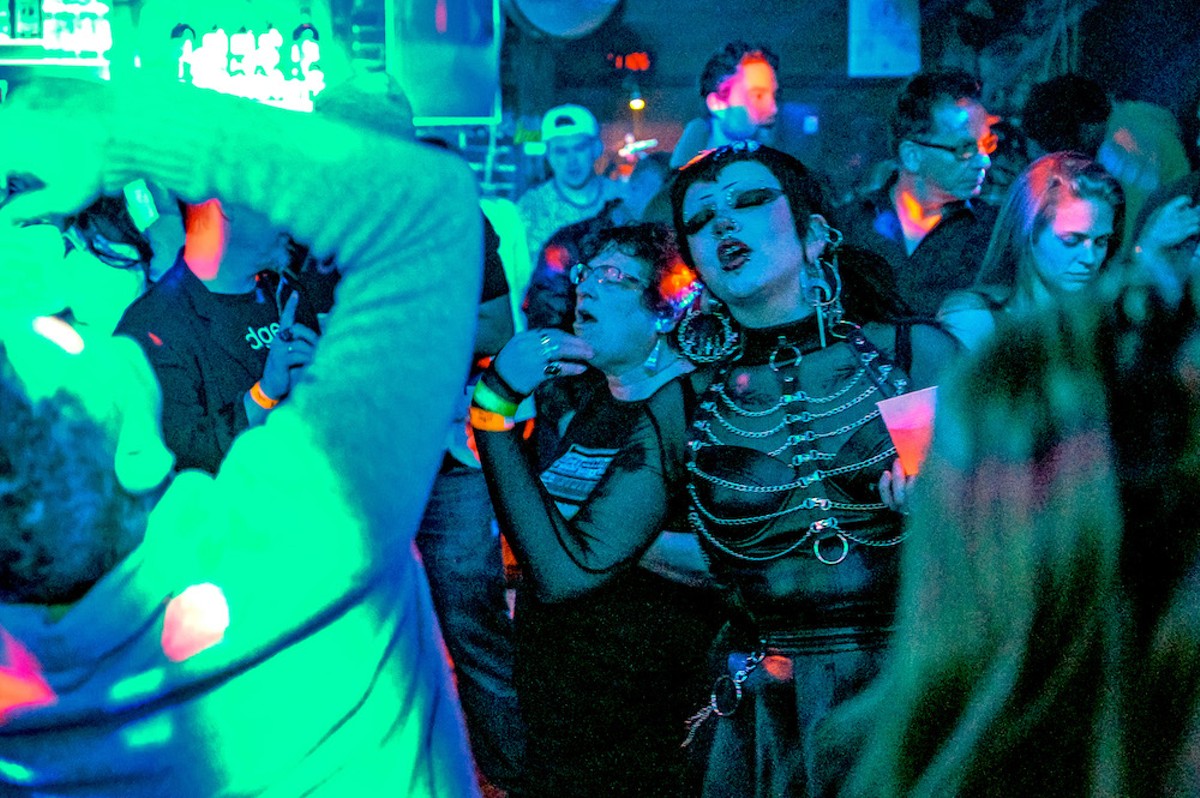 The end of February will mark the end of an era in downtown Orlando nightlife, as landmark dance club Barbarella closes its doors and decamps from downtown Orlando to new — and as yet undisclosed — environs after more than 34 years.

Barbarella has been the longest-running nightclub in downtown Orlando, and in a city like ours, where change happens in fast-forward, that's no mean feat.

To those who've enjoyed more than a few years in the Orlando club and bar scene, this news hits like a ton of bricks. Through its various incarnations — Beach Club, Barbarella, Independent Bar — the space at the corner of Orange Avenue and Washington Street has been a mainstay destination in downtown Orlando.

Besides the redoubtable '80s New Wave nights on Saturdays, 70 N. Orange Ave. was a destination for edgy and influential alternative rock bands — Sonic Youth, Yo La Tengo, Flaming Lips — and a proving ground for some seminal local acts — Genitorturers, Hatebombs, Potential Frenzy. Barbarella was also an early home to the influential and tastemaking Phat-N-Jazzy DJ night in the mid-'90s.

Even to those with little interest in Orlando music history, Barbarella has been a purveyor of top-level nocturnal diversions. Barbarella club night staples like the aforementioned New Wave night, the monthly Memento Mori gothic night and the now-defunct Mac & Cheese night on Thursdays would bring the crowds and regularly place in our annual "Best of Orlando" awards. And new house/techno-oriented night Discothèque has been going strong with cred-heavy guest DJs for the better part of a year. 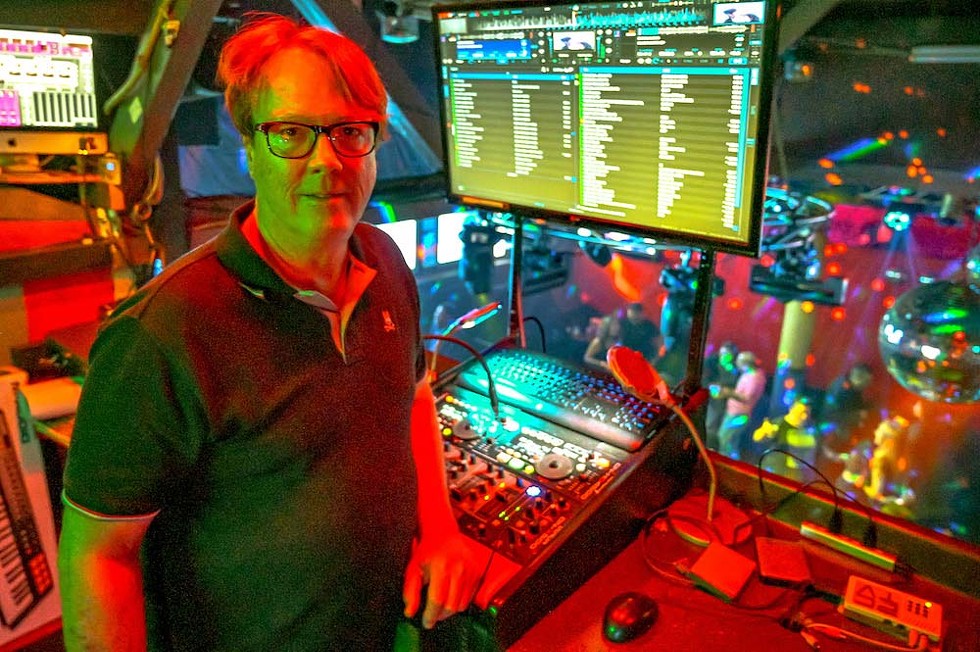 No matter how you look at it, this move is going to leave a massive void on the Orange Avenue strip of bars and clubs, both physically and historically.

"From Visage to the Edge, Orlando has a history of legendary nightclubs. But Barbarella is without peer," says Orlando Weekly music writer Bao Le-Huu. "Its music culture, sense of scene and sheer longevity are a combination that make it a singularly historical place. It's why an unreasonable proportion of my life has been spent there."

Barbarella owner (and resident Saturday night DJ) John Gardner spoke to OW about the move, and right off the bat he wanted to dispel some rumors. He's not leaving downtown Orlando because his landlord is raising his rent or forcing him out.

"Basically what I'm selling in downtown Orlando is not working. I think there's a market for this and I think we would do better in another location," says Gardner. "Downtown Orlando has got a fairly young clientele and we've just struggled since COVID because a lot of my customer base was a little bit older. ... Once COVID hit, they got out of the habit of coming into the club and some of them have not really returned."

"My landlord has been great. Frank [Hamby] has treated me more than fair. He's been my landlord for 30 years or so," says Gardner. "He's never been a problem. He's the best landlord I could have ever asked for." 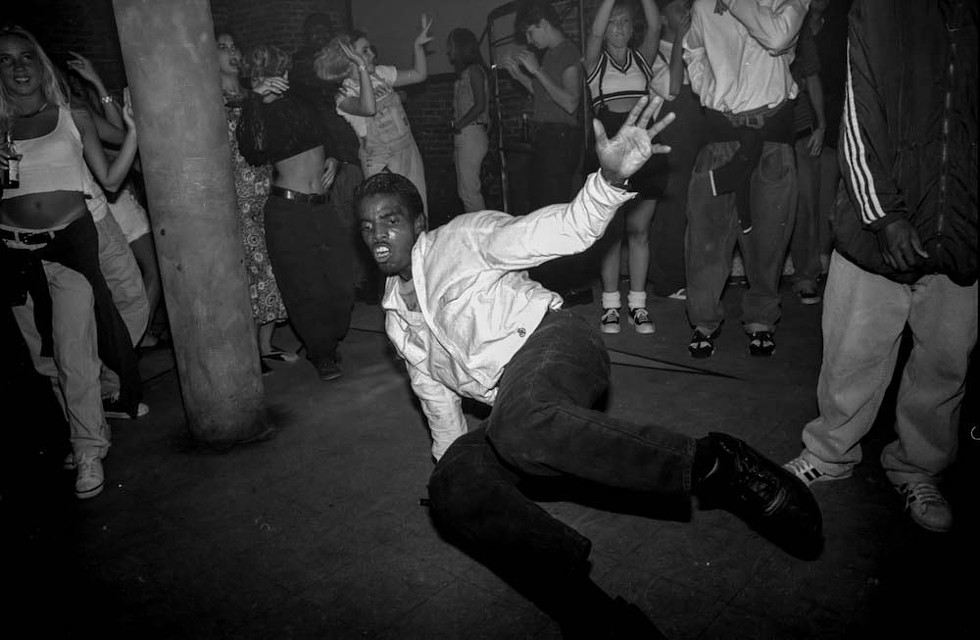 Gardner announced that Barbarella — freshly re-rebranded last year after a long stint as Independent Bar or I-Bar — was leaving downtown Orlando with little fanfare at the end of January on the venue's social media channels.

Despite the seeming suddenness of the announcement, this decision appears to have been in the works for some time. Gardner tells OW that a new location is sorted (with plenty of parking, music to the ears of any Barbarella fan) — though he demurs on the specific address — and a reopening date will be announced in short order.

"I may choose to reveal the location the day before," says Gardner. "I don't want to be arrogant about it because I certainly don't want to have nobody show up. But you certainly can't have too many people show up on the first day and then they have a bad experience. ... We just want to make sure it's a smooth transition." 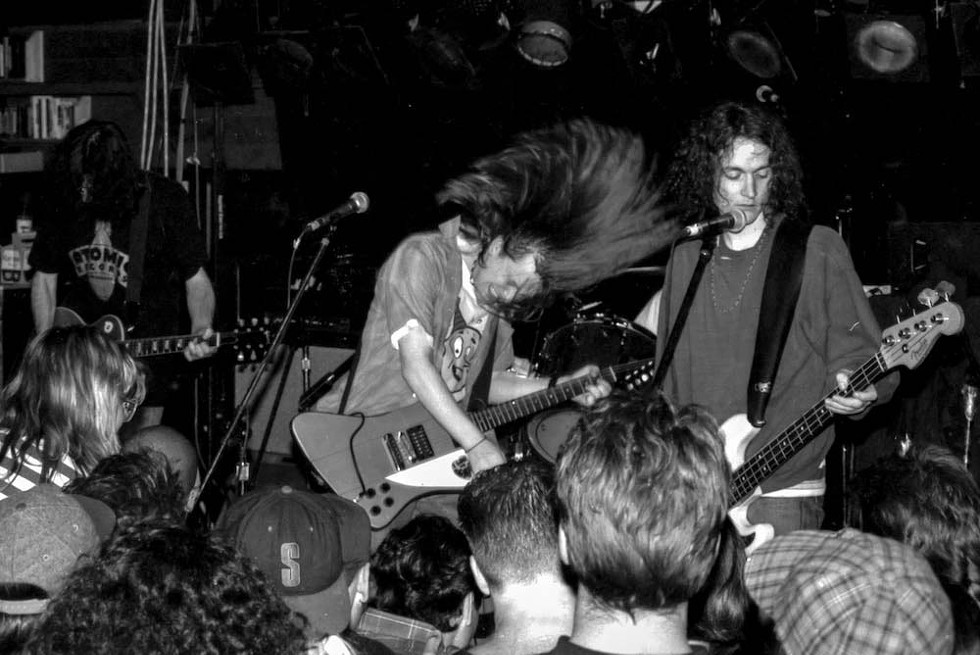 In the interim, Gardner says that Barbarella will be open through the balance of February.

So even though Barbarella is not closing forever and the move seems, in fact, to be part of a larger plan to grow the club, it's impossible not to feel nostalgic about such a storied building going quiet.

It's been quite a ride.

Pre-Barbarella, Gardner — then a hustling young New Wave DJ — was let go in 1985 from his gig hosting a "video nightclub" event that he'd been running since the year before at the Hague Lounge in a Lake Buena Vista hotel. The whole thing was getting a little too edgy for the tourists — too many mohawks and a little too much mayhem, you understand.

Just over a month later, in late 1985, Gardner moved on to his own space on Orange Blossom Trail. He dubbed it Faith in Physics, promoting the club by calling 200 phone numbers he'd collected at the Hague. 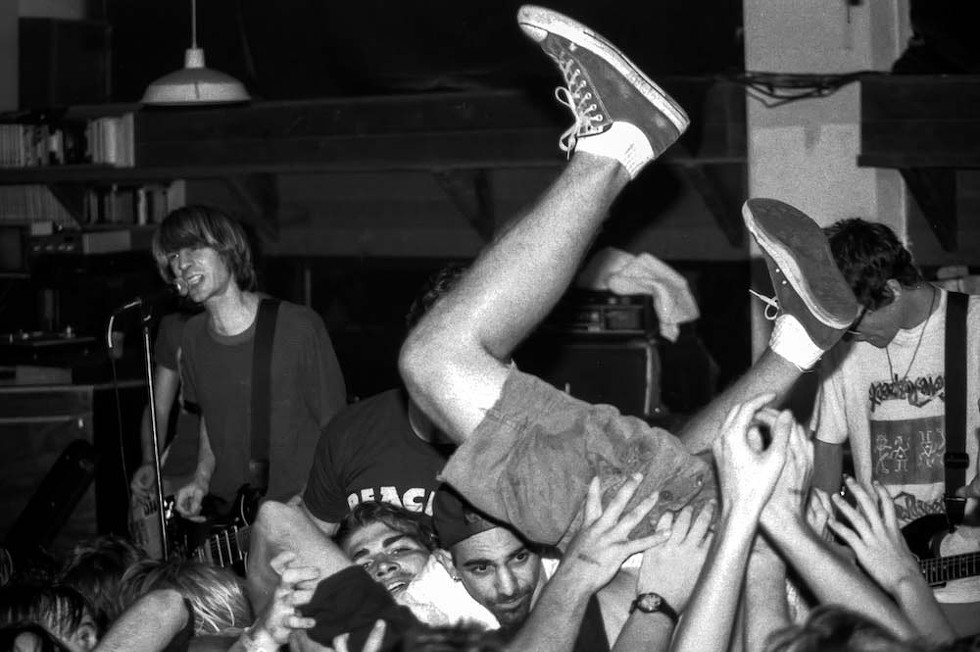 Faith in Physics lasted for two halcyon years and then shifted operations over to downtown Orlando — "There were no clubs on Orange Avenue at all," recalls Gardner — on New Year's Eve 1987. And there he would remain, through several name changes and club redesigns, experiments with a café menu, and a downtown changing rapidly all around him.

"I think the reason why it's lasted is because the owner and the DJ were the same person. So I understood what I wanted to do and ... I wanted to make a living, but I also wanted to have fun," muses Gardner.

Live music became a staple of Gardner's operations early on, thanks to a chance visit by the infamous Jim Faherty, who immediately started booking bands big and small, first at Faith in Physics and then Barbarella.

"As soon as I got Faith in Physics open, within weeks, this guy shows up, Jim Faherty, and he says, 'Hey, can I do shows on the nights you're closed?' And I said sure," remembers Gardner of the beginnings of their partnership. "Jim would book some shows that would do very little business. And I would go, 'Wow, no bands ever came to me and said they didn't get paid.' I never heard anything bad from the bands. And then every three or four months he had a huge show and we would be packed. ... Like the Circle Jerks and Suicidal Tendencies. He was able to pocket a few thousand from those and then spend it on bands that he liked."

Though resolutely forward-facing with his business, Gardner does allow himself a moment to think back to a personal highlight at Barbarella.

"When we had Smashing Pumpkins — it was 1992. We didn't really have a stage, we just had a raised seating platform near the front of the club. And behind that were all the sliding glass doors that are still there to this day. And we were so packed. We were just so full. ... Jim had security on stage but the stage was only 12 inches tall, and so people were just almost being forced onto the stage by the surge of bodies.

"The thing I remember most is that people would crowdsurf and there was literally ... they would roll to the left, to stage left, and they would hit the wall and they couldn't fall! And then they would roll all the way across the crowd to stage right, and they would hit the wall there. ... They were just rolling around on top of the crowd. And that happened for a solid hour, there were people crowdsurfing and they couldn't fall. They would go all the way to the back and then get off the crowd. ... No one was injured. It was so hot in there that my pants were soaking wet. That happened at the Butthole Surfers too. Both of those shows were like that."

It would be nearly impossible to list every epochal or historically significant concert of club night that happened within Barbarella's walls, but it's a safe bet that Orlando Weekly photographer and local music chronicler Jim Leatherman was at a decent percentage of them. He supplied us with some priceless archival shots (see more at orlandoweekly.com) and mused about the importance of Barbarella. "I spent some of the best evenings of my life inside John's club," says Leatherman. "So many incredible shows happened within those walls. It was the spot for many a great local show too! Truly special musical times, in a magical musical place."

Over the last year, the Friday night Discothèque parties picked up the maverick torch of the club's mission to bring new sounds to the people. This came in the form of freewheeling dance parties headlined by adventurous locals and touring titans — the likes of Todd Terry, DJ Three and Felix Da Housecat all performed. For Discothèque promoter Nick Whitney, Barbarella was the "perfect venue" for his events.

"Anytime I went downtown I would make a point to stop there — and it being a club exclusively focused on dancing, it was a no-brainer," says Whitney. "I'm very grateful that John and Mickey allowed that to happen, as it helped grow our scene and create an environment that was lacking in Orlando. My absolute favorite memory was at our first large booking at Barbarella with Todd Terry. I was in the middle of the dancefloor looking around at an absolutely packed club and every single person was grinning ear-to-ear, dancing their asses off. That was one of the most gratifying moments of my life so far and fueled the fire to keep growing."

Demetrios Pappas (DJ Lavidicus) has run the monthly Memento Mori gothic night at Barbarella since 2014. Pappas concedes that he was surprised and saddened by the news of Barbarella's impending closing, but he is putting all of his energy into making Memento Mori's "Last Dance" finale on Monday, Feb. 21, a memorable one. Pappas promises "one last night of the best music in the genre and a huge group photo of everyone on the dancefloor at midnight."

"I would like to add a very heartfelt thank-you to Orlando for all the support and making my dream come true and I am truly heartbroken to see it go like this," says Pappas. "These will always be the best times of my life and I will never forget them."

Gardner is happy to look back on Barbarella's run in downtown Orlando, but doesn't get overly sentimental. He's clearly ready for the next chapter.

"I think that whatever way it goes, I'm OK. I'm happy with my decision. I've been in the business for a long time. I have five nightclubs around the United States. So I'm not hurting for money," concludes Gardner. "I'm 63 now. That's a long career in the nightclub business and ... I love doing what I do. I truly love it. I would miss this greatly. So reopening in another place is something that I'm eager and excited to do."