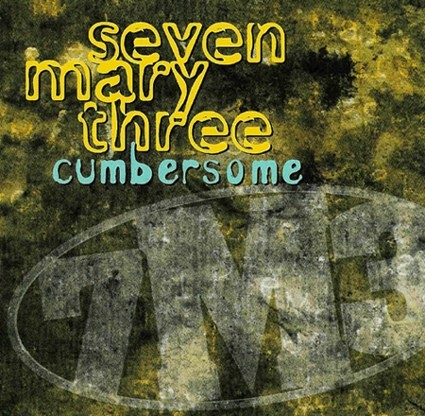 One of my favorite articles to ever appear in the pages of Orlando Weekly was published on Nov. 11, 1999. Penned by then-Music Editor Mark Padgett, "The Rise and Stall of Musical Acts Signed to Major Labels" analyzed the aftermath of a mini-frenzy of signings that found a slew of Orlando alt-rock bands suddenly propelled from club shows to major label marketing plans. The article plainly laid out what most long-time musicians inherently know (but convince themselves otherwise): Getting a contract is far from a guarantee of stardom (or even moderate success). It also contained a wonderful quote by longtime Orlando A&R guy Steve Robertson – "We've still got some killer bands on the way up" – that we can now contrast to what Robertson said recently from his new homebase of Nashville: "I just really wanted to be in a vibrant music scene, unlike Orlando."

Sour grapes aside, the article really does a wondeful job describing the breathless hype that overtook Orlando for a few years in the late '90s as well as the quick reality check that soon followed. Of course, what played out in Orlando then was also playing out in other second- and third-tier scenes across the U.S. (hi Seattle ... and Austin ... and ...), but Orlando's experience was unique in that, unlike many of those other alt-rock hotbeds, our rock bands were fighting against the headwinds of notoriety foisted upon us by the TransCon pop empire.

But the song that made all those headwinds seem surmountable was, without a doubt, "Cumbersome" by Seven Mary Three, released as a single by Mammoth/Atlantic on Jan. 9, 1996.

In 1994, Virginia-based Seven Mary Three was one of about a billion hard-working young college bands that had hitched their wagon to the grunge-rock explosion. 7M3 turned up the songcraft and accessibility and toned down the angst and, the, er, grunge for their first, self-produced album, Churn. The first song on the album – a six-minute version of "Cumbersome" – caught the attention of a programmer at WJRR, who dropped it into rotation, where it quickly garnered a huge response from the station's audience. After the band members graduated from William & Mary, they quickly relocated to Orlando and turned this weird, local success (I say "weird" because this scenario almost never plays out like this anymore) into broader, regional acclaim by gigging incessantly throughout the area to progressively larger and more enthusiastic audiences.

It's important to pause here to note that many people (including me!) have had plenty to say about the post-grunge scene in which 7M3 was lumped. And a lot of those things have been less-than-nice. But there are a couple of facts about Seven Mary Three that need to be stated clearly: 1) These guys worked their asses off, and, 2) They write really good songs. While a lot of bands that emerged in their wake most definitely were the product of major-label machinations, Seven Mary Three was (and is) very much a band based around a core of musicians who take what they do very seriously. It may not have been TRUE GRUNGE, but it definitely came from an honest place (albeit a place that was honestly inhabited by a bunch of 20-something dudes who loved Pearl Jam).

Anyway, those "larger and more enthusiastic audiences" soon turned into a major-label record deal, via Atlantic subsidiary Mammoth. The band re-recorded a bunch of the songs from Churn (wisely chopping off a couple of minutes from "Cumbersome"), added a few new ones, and released American Standard in the fall of 1995. A few months later, "Cumbersome" was officially released as a single, charting almost immediately, and quickly propelling the album to the Billboard Top 30 and platinum status (a.k.a. "CD dollar-bin fixture"). And then the A&R guys descended en masse on Orlando.

The results of that feeding frenzy were ... less than palatable. It suffices to say that if Seven Mary Three – rather than, say, Creed – were the big '90s rock band Central Florida was most known for, "Cumbersome" may have been more well-remembered. Unfortunately, through no fault of 7M3's, a crop of truly execrable and soulless bands emerged in their wake, embarrassing not just area rock fans, but also, it seems, Seven Mary Three. Subsequent releases by the band would find them experimenting with a variety of rock approaches, rooted in strong songwriting and supported by relentless touring, but seldom attempting to recapture their post-grunge glory days. Of course, they would never reach the same success that they did with "Cumbersome," but they have done what most of those bands featured in that 1999 Orlando Weekly article have not: Maintained an honest career as rock musicians throughout some incredibly rock-averse years.