Revenant is a brutal, beautiful Western that grabs hold and never lets go 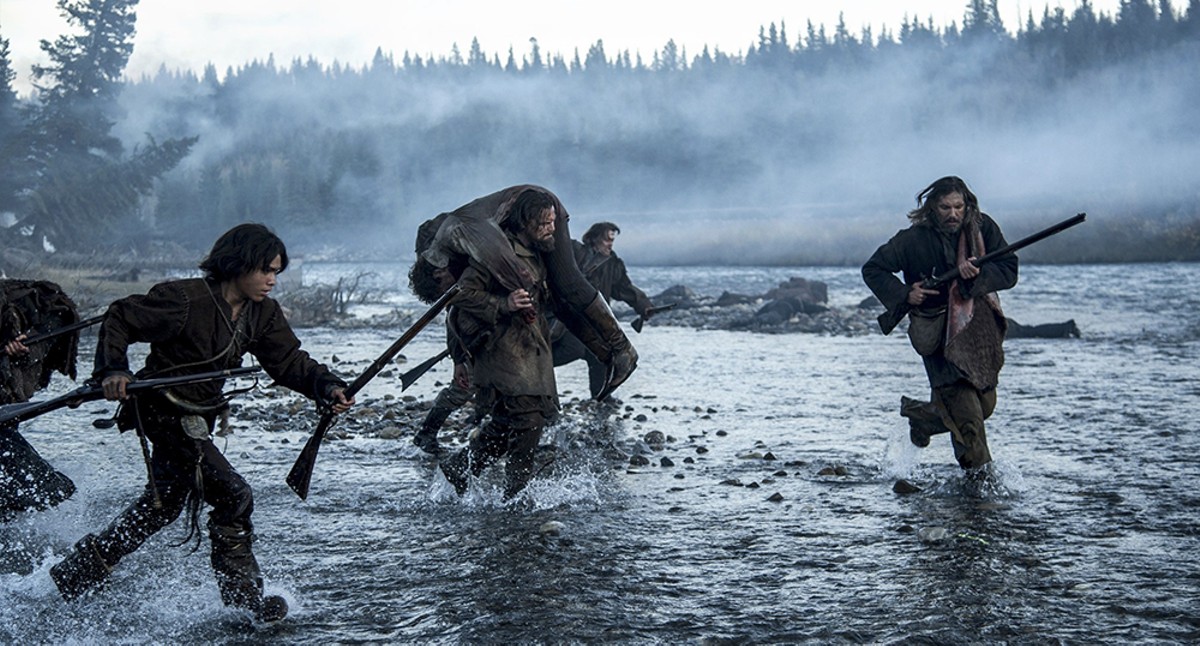 You never know what you're gonna get with Alejandro González Iñárritu. From the gritty, gut-wrenching 21 Grams to the anthological Babel to the tenderly tragic Biutiful, the Spanish director's cinematic box of chocolates offers a wide variety. So if his masterpiece, Birdman, was a tasty dark-chocolate concoction, The Revenant is a caramel-coated macadamia nut, beautiful but difficult to chew. Be prepared, or you'll likely lose a tooth.

This is the fictionalized story of real-life fur trapper Hugh Glass (Leonardo DiCaprio), who is left for dead in the northwestern American wilderness in the 1820s following a bear attack. Clinging to the adage that what doesn't kill you makes you stronger – and more intent on revenge against those who abandoned you – Glass soldiers on, fighting nearly impossible odds.

Iñárritu and co-writer Mark L. Smith, who based the screenplay on Michael Punke's 2002 novel, keep the story remarkably simple. There are no elaborate subplots or attempts to truly understand the supporting characters. (Indeed, even Glass is rather one-dimensional.) Instead, they rely on arguably the most stunning visual storytelling of the year to convey their classic Western messages of perseverance, stamina, isolation and revenge.

As with Birdman, one of the stars of this film is Emmanuel Lubezki's cinematography. Having won the last two Oscars in that category, he has a chance for a third in a row, an unprecedented feat. Though his beautifully fluid camerawork may not suit this subject quite as well as it did in Birdman, it's still stunning and is complemented nicely by some beautiful still shots and well-choreographed long takes.

Lubezki's work is made even more magical by Iñárritu's insistence on natural light and real locations, with minimal use of CGI. Computer imagery is used almost exclusively to create animals, particularly the bear that pummels DiCaprio so badly that you wonder how the actor escaped injury. (Yes, he really was thrown around, apparently by wires or another apparatus, with the bear being added later. And, no, the animated animal does not rape him, as some irresponsible websites have reported.)

For all its beauty, The Revenant is a brutal film that demands much of its viewers throughout its grueling, methodical 156 minutes. The emotional grit is often soothed by mysticism and an embrace of Native American values, but one should still be prepared for a healthy heaping of guts and glory.

DiCaprio gives a bit of a one-note performance, but, after all, this is essentially a one-note film. Still, his total commitment to the role and almost unbearable intensity (plus his rumored on-set suffering) will likely garner him a sixth Oscar nomination. Tom Hardy, as Glass' nemesis, mumbles his way through another captivating rendering and is balanced by Domhnall Gleeson (as the two men's superior), who is slightly miscast but, as usual, adds a nice sensitivity.

"As long as you can still grab a breath, you fight," Glass tells his son. As an audience member, you don't have to fight, but you still must remember to breathe, which you may find difficult during this relentless roller coaster of cinematic survival.

New on Netflix: After three years, time-loop dramedy ‘Russian Doll’ is finally back for a second season

New on Netflix: After three years, time-loop dramedy ‘Russian Doll’ is finally back for a second season