Sort of like living through 2022, which is to say, no matter how you shuffle it, nothing makes sense! 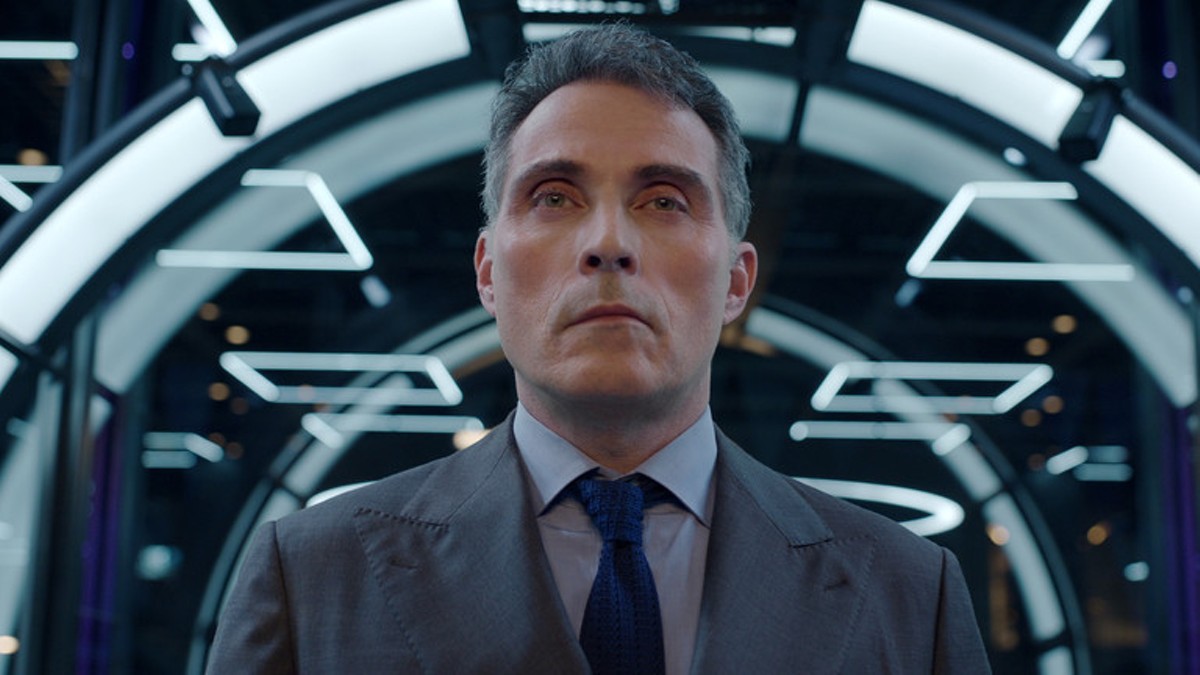 Premieres Wednesday, Dec. 28:
The Circle: Singles — Some of the contestants in Season 5 are available romantically, while the others are merely pretending to be. In other words, it's just like Tinder. Or CPAC! (Netflix)

Encanto at the Hollywood Bowl — The original voice cast of the movie welcomes special guests for a live performance of its celebrated soundtrack. In a shameless bid for Emmy consideration, the show will feature one new song, "We're Thinking of Replatforming Bruno." (Disney+)

Live to Lead — Striking while the iron of streaming notoriety is still hot, Prince Harry and Meghan Markle team up with the Nelson Mandela Foundation to present a series of interviews with inspiring figures like Greta Thunberg and Ruth Bader Ginsburg. Um, what now? If they've really scored an interview with RBG, I think they've figured out how to get everybody to stop talking about curtsying. (Netflix)

Rise of Empires: Ottoman: Season 2 — I guess a history major could tell you what happens now that Constantinople has fallen to the Ottomans. But I only know TV, so I'm expecting an appearance by Dick Van Dyke. (Netflix)

Premieres Friday, Dec. 30:
Chicago Party Aunt: Part 2 — In eight new episodes, Diane Dunbrowski deepens her cred as the Windy City's Auntie Mame, showing nephew Daniel how to trash it up '80s style. Step One: Act as if you're never going to have a nephew. (Netflix)

The Glory — A South Korean woman gets a shot at revenge when the son of man who once bullied her enrolls in the elementary-school class she teaches. See, this is why we need to pay our educators better: It's unfair that they have to pay for their own crayons and chloroform. (Netflix)

Wildcat — Documentary cameras look on approvingly as a young British war veteran finds his purpose as a caretaker of endangered animals in the Amazon. Sounds high-minded enough, but since it's on Prime, I'm thinking the real goal here was product synergy. (Prime Video)

Premieres Sunday, Jan. 1:
Kaleidoscope — This crime-caper series can be watched in any order and still make equal sense — but you have to have seen all the other episodes to "unlock" the finale. Which makes me realize that what every season of The Marvelous Mrs. Maisel really needs is an epic boss battle. (Netflix)

Paul T. Goldman — The line between reality and fantasy is intentionally blurred in a six-part talk docuseries about Goldman, an ordinary schlub who realized the person he had married was seriously compromised both morally and legally. OK, so that takes care of the reality part; when do we get to the fantasy? (Peacock)

The Way of the Househusband — In Season 2 of the anime comedy, Yakuza member–turned–domestic god Tatsu discovers more pleasures of a peaceful life, including rice cookers and adorable dog photos. Now if we could just get SBF on TikTok, our own crime problem would disappear overnight. (Netflix)

Premieres Tuesday, Jan. 3:
Sometimes When We Touch — The history of so-called "soft rock" is retold in a three-part documentary that's safe for the little eyes. And since we've got soft rock covered, maybe we can move on to documentaries on other great oxymoronic phenomena, like the French resistance and artists' co-operatives. (Paramount+)

Madoff: The Monster of Wall Street — Tireless documentarian Joe Berlinger gives us four episodes' worth of insight into the late, infamous Ponzi schemer. Fun fact: The 150-year sentence Madoff was handed was the steepest punishment allowable by law at the time, because "listening to Lana Del Rey" wasn't a thing yet. (Netflix)

Star Wars: The Bad Batch — Season 2 sees our titular clones embarking on a new round of mercenary missions to all corners of the galaxy. Hmmm, sounds like somebody's getting heavy into NFTs. (Disney+)

Premieres Thursday, Jan. 5:
Copenhagen Cowboy — Danish director Nicolas Winding Refn (Drive) is behind this supernatural noir series, which depicts the emancipation of a woman who had once been enslaved as a "human good luck charm." They only let her go when she did a whole lotta nothin' for her final customer, Rose Kennedy. (Netflix)

Ginny & Georgia — Season 2 will show what happens now that Ginny knows mom Georgia murdered her ex-husband. But what's the kid complaining for? That's one less barbecue apron to buy next Christmas. (Netflix)

Woman of the Dead — In six nail-biting episodes, a German funeral-home owner goes after the mysterious assassins who killed her husband and made it look like an accident. This is a lot more exciting than anything you'd typically see going on at Baldwin-Fairchild, but a revenge spree is easier when you've already got a good line on body bags. (Netflix)

Premieres Friday, Jan. 6:
The Pale Blue Eye — Following on the heels of last September's Raven's Hollow on Shudder, here's another piece of historical speculation based on Edgar Allan Poe's years as a military cadet. This one casts Christian Bale as Poe's mentor, with supporting roles for Robert Duvall and Gillian Anderson, and a cameo by none other than recently elected U.S. Sen. John Fetterman. Be grateful we don't still have the Fairness Doctrine, or you'd be seeing Dr. Oz. hawking tonic in a medicine show. (Netflix)

Pressure Cooker — Since what we all needed was for kitchen competitions to be even more awkward, here's one in which the 11 participating chefs have to not only judge one another but live in the same house while they're doing it. When they hide the knives, is it for safety or strategy? (Netflix)

The Rig — A six-episode series filmed in Scotland shows what happens when the crew of an oil rig is attacked by a supernatural force. Boy, that Brandon will stop at nothing to prop up solar. (Prime Video)

Premieres Monday, Jan. 9:
Koala Man — An Australian dad becomes a superhero with a very mundane agenda in an animated series that also features Hugh Jackman as the head of the town council. Sounds like somebody's been taking his cues from Adam West. Then again, who shouldn't? (Hulu)

Premieres Tuesday, Jan. 10:
The Hatchet Wielding Hitchhiker —Remember Caleb "Kai" McGillvary, the Canadian viral star from 2013 who claimed to have saved several innocent bystanders from a crazed motorist via a well-placed hatchet to the head? Well, the bad news is that he's currently serving a 57-year sentence for an unrelated murder. The good news is that 10 years is apparently long enough for anything to qualify as nostalgia. Somebody tell Psy it's time for a stabbing spree. (Netflix)