With Due Amici, College Park adds another new Italian restaurant to the mix 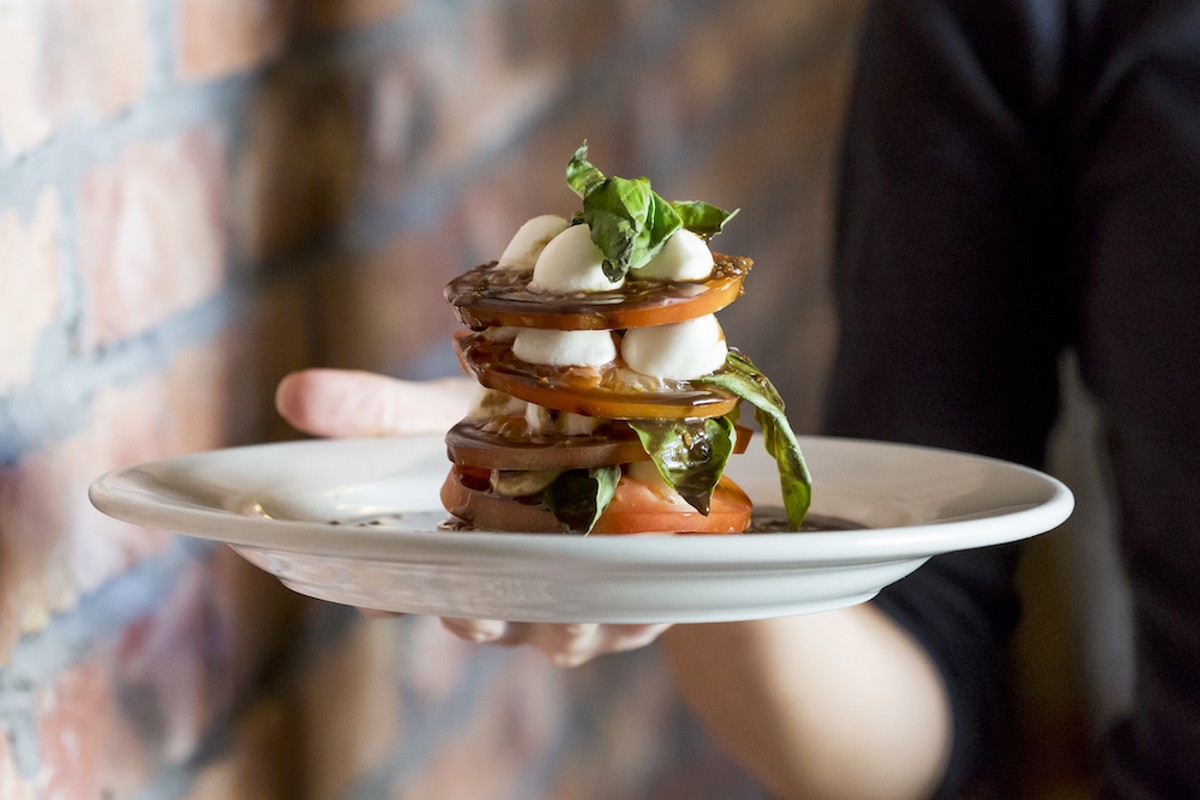 Due Amici, the Ybor City pizza and pasta stalwart, made headlines in late 2016 when owner Genti Bunjaku – an avid Trump supporter – created a garish victory pie embellished with gold leaf shaped into a "T" and – try not to cackle – Russian caviar. Now the Albanian-born restaurateur is expanding his reach by opening an outpost in College Park and, I'll admit, the pizza is a winner. If there's one thing we've learned from the oaf in office, it's that winners aren't losers – they're winners! And further feeding College Park's insatiable appetite for Italian food? Well, now you're really winning. After all, there are no less than five Italian restaurants along Edgewater Drive, three – Trevi Pasta, Armando's and Adriatico – within mere feet of Due Amici. And you thought tacos were taking over the neighborhood.

They're winning the patio game, too. Kingfish Grill, the space's predecessor, expanded the outdoor footprint, but Due Amici came along and put an awning over it. They strung up lights, added some plants, gave the wall a paint job and made it look as welcoming as ... oh, I don't know ... let's just go with an impeachment inquiry. It's a fine spot (if you don't mind the occasional earsplitting siren) to enjoy the al fresco delights of the autumn season. And pizza.

The pies, like the caprese ($15 for a 14-inch), are scratch-made and seem like a hybrid between Neapolitan and New York style. The cheese is quality (Grande) as is the sauce (made from San Marzano tomatoes), but are the pies better than the ones Kingfish offered? I'd say so, and then some. The thin crust's chew and crackle managed to elicit nods of approval from the Neapolitan pizza snobs in my party well before bobs of consent were conferred onto a trio of all-beef meatballs ($5). I'm sure I'd enjoy the handmade orbs stuffed into the meatball parm sub ($8) just the same, though I likely wouldn't side it with a grilled ratatouille salad ($8). Better, I think, to remove it from the menu than to serve over-balsamic'd veggies atop a heap of bland and clumpy pearl couscous.

On the pasta front, Due Amici in Ybor City has College Park beat thanks to their $50,000 custom-made pasta machine. The idea is to eventually serve fresh pasta here as well but, until then, the fettucine in a light marinara will be firm and a bit nutty, not toothy and eggy. That pasta, however, is served alongside a decent eggplant napoleon ($13) that embodies an equally decent breaded crunch. Dried pasta works well when baking, so stuffed shells ($10 for four) packed with ricotta came out nicely. No, this isn't Osteria Francescana but, rather, Kingfish Grill 2.0 – even if the former made a far better garlic knot. Both pasta dishes here were served with knots we found way too dense and doughy to be remotely palatable. 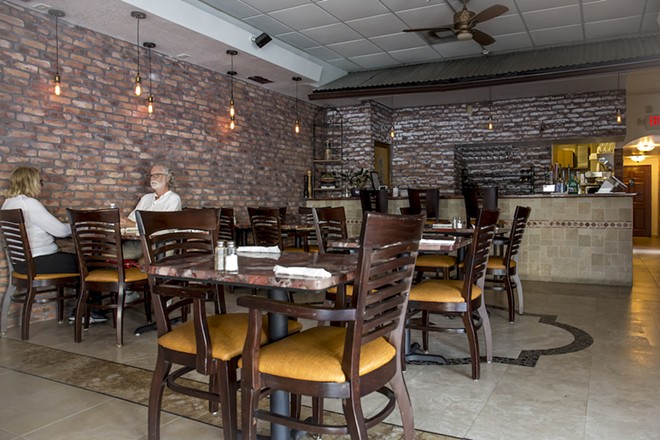 Of the tiramisu ($4), vanilla cheesecake ($4) and mini cannoli ($4 for three), only the latter, with a vanilla-scented ricotta filling, is made in-house.

I'm sure the mothership will do what it needs to do to gradually build its Orlando rep, and I gather their line of branded sauces and wine (they work with a vineyard in Ancona in the Le Marche wine region of Italy) will make their way to Edgewater Drive along with fresh pasta in the coming weeks, if not days. In College Park, competition among Italian restaurants is fierce, and you can bet Bunjaku has one goal in mind – win.