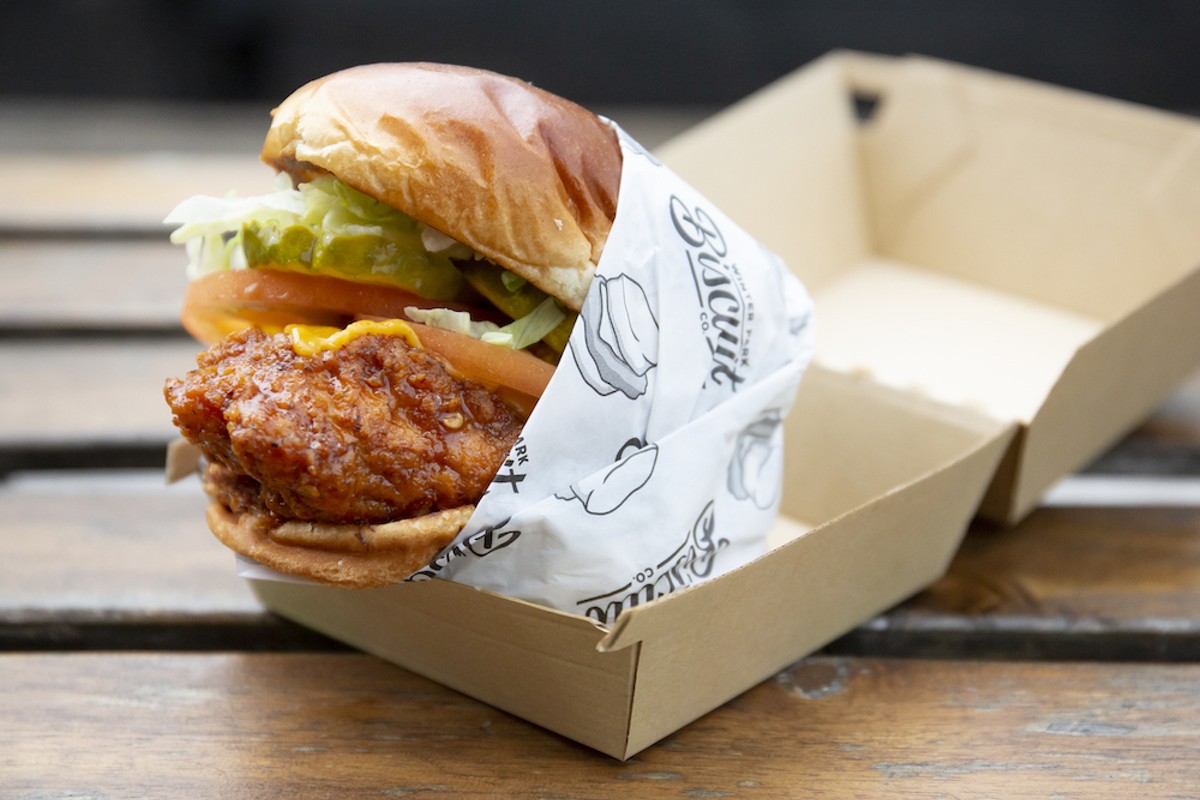 We've become a city known for its plant-based restaurants; research firms and organizations from WalletHub to PETA have proclaimed Orlando as being one of the best for vegan eating. Over the past 15 years, the annual Central Florida Veg Fest has planted seeds of the meatless gospel in the community, with an assist from such OG stalwarts as Ethos Vegan Kitchen, Infusion Tea and Drunken Monkey. We've even had headline-making scandals and controversies surrounding popular veg-only, now-shuttered, haunts. I mean, that's got to be a sign of a thriving scene, right?

Another sign: Orlando lured cookbook author and former Blink-182 road chef Mary Westfall and her husband, A Day to Remember guitarist Neil Westfall, away from Los Angeles, the center of the vegan universe. Raising a family in this old cow town made sense (Neil has roots in the area) and, as it turned out, so did opening an all-vegan throwback diner. It may have taken longer than expected — three years longer, in fact — but last November, the power couple unveiled the Winter Park Biscuit Co. inside East End Market and, two months later, welcomed baby Amelia into the family. Happy times, yes, but not without their fair share of stress.

As WPBCo's pop-ups showed, their fan base was rabid, and disappointing them was not an option. Thankfully, the Westfalls had a solid team in place prior to Amelia coming into the world — notably, former Luma sous-chef Peter Summers and Kristine Young (Kappo/Domu/Little Giant) — to create a seamless transition.

I can attest that the burgers ($12), whether they're made by Mary or not, are consistently gratifying. In fact, the brioched, Impossible-pattied wonders stand up to any burger being served in town, plant-based or otherwise. And they come wrapped in a paper burger diaper, just like at In-N-Out. Hand an unsuspecting meat-eater one of these things, and they wouldn't be able to tell the difference. The vegan American cheese has a nice gooeyness, and the secret WPBC sauce imparts the same sort of tang you'd find in a Big Mac. Clearly, the Westfalls spent a lot of time recipe-testing and perfecting.

But don't assume the food at this not-so-greasy spoon is healthy just because it's vegan. Far from it. WPBCo is about all-American diner comfort, the kind you'll find in the Death Valley chik sandwich ($12). The crunch of the breading (sprinkled with a dry chili spice rub) is really impressive, and the "chik" soy protein closely mimicked the texture of chicken. 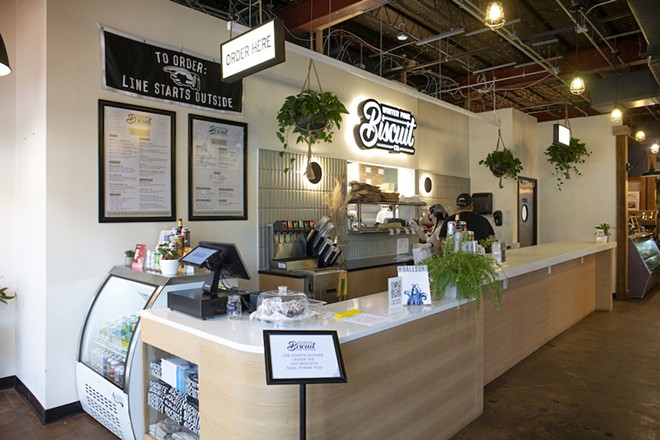 It won't replace the flavor of chicken, though, so go ahead and get your cutlet tossed in some zippy "gator" sauce for added smack. Chik strips come in a Popeye's-like three-piece box ($12) along with fries (cooked in peanut oil) and, of course, a biscuit.

Westfall makes the flaky, poofy pastries using oat buttermilk and vegan butter, and they are a remarkable facsimile to the lardy original. I brought some home to my wife and didn't tell her they were vegan, and she was none the wiser. I'm partial to enjoying them with truffle "butter" ($5) but, then again, I'm a fancy lad.

OK, I thoroughly enjoyed the biscuits and country gravy ($6/$10) as well, so I guess I'm more of a gutbucket than anything. Even with the bits of vegan sausage in the gravy, it was a lot lighter than, say, the version served at Cracker Barrel. That is, it didn't leave me feeling as though a fat bomb went off in my stomach. Same goes for the banana pudding ($7) with its oat crumbles, rum-banana mash and coconut whipped cream. What it lacked, however, was bananas — banana bits, banana flavor, just more banana. It's an easy fix.

As of now, WPBCo packages all orders to go, but in the coming weeks, stools will be set up to complete the full diner experience. What's next? I can't say, but I'd sure love to sidle up to the counter and order a meatless and three.