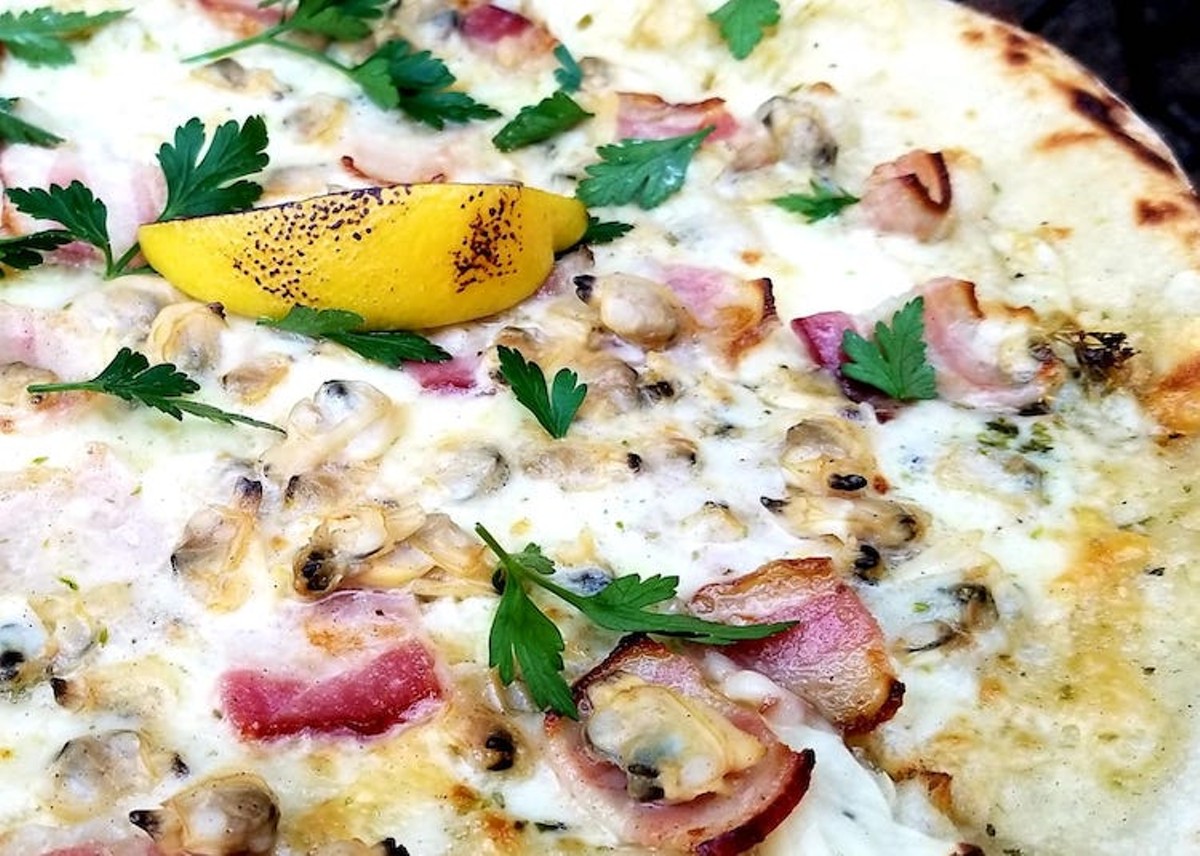 OPENINGS + CLOSINGS: Edoboy, the much-anticipated eight-person standing sushi bar (and sister resto to Tori Tori), will open next month at 728 N. Thornton Ave. ... Groovy Smoovies, a movie-themed smoothie shop, will open in the strip mall just south of the Whole Foods plaza at 8910 Turkey Lake Road ... JapAnatolia, offering an intriguing fusion of Turkish and Japanese fare, has opened inside the Oviedo Mall food court ... Meng's Kitchen, the pop-up concept specializing in Thai-style Hainanese chicken and rice, will find a permanent space inside the iFresh Market at the Coytown Shopping Center. Look for them to open mid-June ... Eola Lounge, serving a fusion of Asian, Latin and Mediterranean tapas, has soft-opened in the old Saisei Kitchen space next to Oudom Thai & Sushi in South Eola ...

Athen's Pizza, a chain out of Panama, will move into the space vacated by Midici Neapolitan Pizza Company at Maitland City Centre this winter ... The owner of Taipei 101 on Alafaya Trail has closed the restaurant to take care of her mother in Taiwan ... Doshi, a modern Korean restaurant from the trio behind virtual outfit Doshibox Korean Kitchen, will open in the old Cafe Rio Mexican Grill space in the Whole Foods Plaza in Winter Park this summer ... Farm & Haus, the East End Market mainstay, will open a second location in the space recently vacated by Café de France on Park Avenue in Winter Park. Farm & Haus will be an all-day, modern cafe/diner serving an expanded menu of fresh, seasonal and local ingredients. Look for it to open this August ... Bento Asian Kitchen + Sushi's new ghost kitchen will serve the communities of Longwood, Altamonte Springs, Winter Springs, Casselberry and Maitland with takeout and delivery ... East Garden Chinese Restaurant, specializing in Cantonese fare and dim sum, has opened next to BBB Tofu House in the Chinatown Plaza on West Colonial Drive.

NEWS + EVENTS: Chef Josh Oakley, a fixture in this city's dining scene and the man behind the uber-popular Smiling Bison, has left his executive chef post at The Monroe to pursue an opportunity in Western Carolina ... Portillo's, the fast-casual joint known for its Chicago-style hot dogs, has unveiled the "garden dog," the chain's first-ever plant-based hot dog offering ... Pizza Bruno and Oyster Bob's Nautical Nonsense will collaborate on a special one-night-only menu May 26, from 5 p.m. to close, at Pizza Bruno.