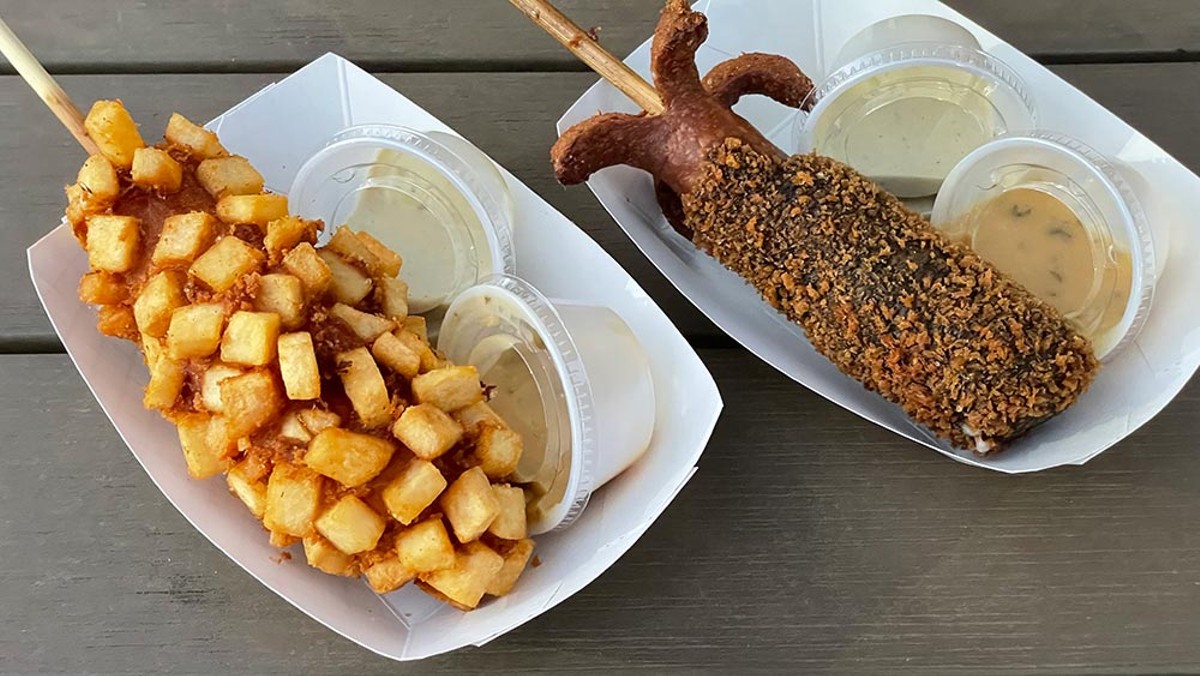 Denni Cha got us jacked for Korean hot dogs when his Uncle Dendog's food truck rolled onto our streets last year, bringing epic cheese pulls to every corner of the city. So when he shifted gears and moved operations to Miami, it left us a bit gutted. A case of not knowing what we had until it was gone? Perhaps, though I'm more inclined to think that we knew exactly what we had ... we just didn't think we'd lose it.

Enter CrunCheese Korean Hot Dog, the Las Vegas-based outfit with seven locations around the country — including one inside that most labyrinthine of shopping centers, Waterford Lakes Town Center. Trying to find the place can prove infuriating, but if you make your way towards the Panera Bread, you'll find it; just look for the crowds amassed outside the wee joint. It can be bedlam at the worst of times, but there are increasing moments of calm at the best of times, now that TikTokers and Instagrammers have had their way with these wieners.

For the uninitiated, Korean hot dogs resemble American corn dogs ... in drag. They're flamboyant, indulgent and just a whole lot more fun to eat than their carnival counterparts. They're also battered in a rice flour mixture, not cornmeal, before being coated in potato cubes, rolled in panko, fried in vegetable oil and dusted in sugar. Then there's a final application of drizzles and powders before they're ready for a prime-time party in your puss.

And no matter what photo-ready dog you order at CrunCheese — be it the "mozzarella & hotdog" ($4.49) featuring a block of cheese above a tube of meat, or the meatless "mozz & cheddar" ($4.99) — they all comprise a euphonic crunch. The mozz lends the sort of cheese pull Instagram dreams are made of, but it's the potato cubes that really gives these dogs their bow-wow-wow. 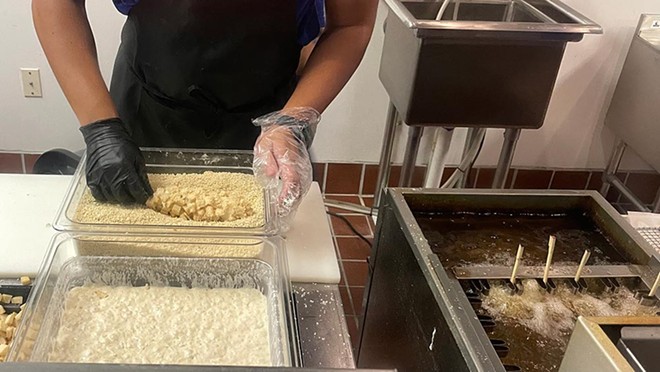 Not every dog CrunCheese offers comes with the potato wrap, but potato cubes can be added for $2 more to those that don't. But if you have to pick just one dog, go with the "potato hotdog" ($5.49) and get it rolled in sugar. Have it daintily drizzled with mustard and hot sauce followed by a dusting of cheese powder and you'll get sweet, salty, sour and a smidge of umami in every bite. Looks pretty as hell too.

If it's more umami you want, the "squid-ink mozza & hotdog" ($5.49) will do just that. The beef frank is coated in a batter darkened with squid ink, but what's especially cute is that the bottom end of the dog is spliced so, when it's fried, it curls to resemble a squid's tentacles. The garlic-Parmesan sauce we had painted onto the dog only amped the umami levels. 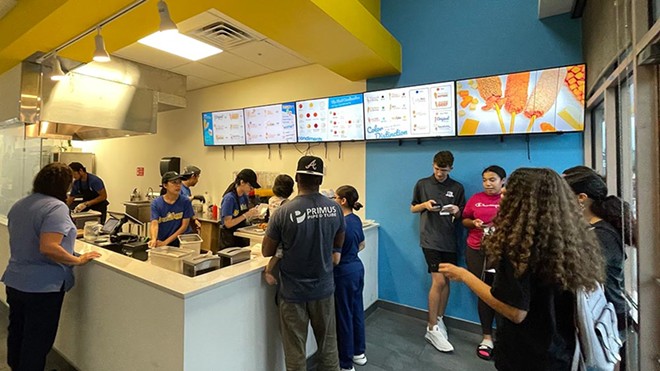 What I really like about CrunCheese is that vegetarians can get in on the food-on-a-stick fun as well. The "potato mozza" ($5.99) — essentially a battered stick of mozzarella that's coated with potato cubes and fried — was just as enjoyable as the "potato hotdog," and after coating it in sugar and saucing it with jalapeño ranch, just as filling.

The ordering process can be a bit confusing, especially when CrunCheese gets packed, but keep to the left after you enter and place your order with the person behind the cash register. If you're unsure about the hot dog variations, take a close look at the menu board — the graphical depictions of each item really help. Oh, and there's no seating inside either, all of which may dissuade some folks from visiting. But, to a whole new generation of eaters, CrunCheese definitely has pull. 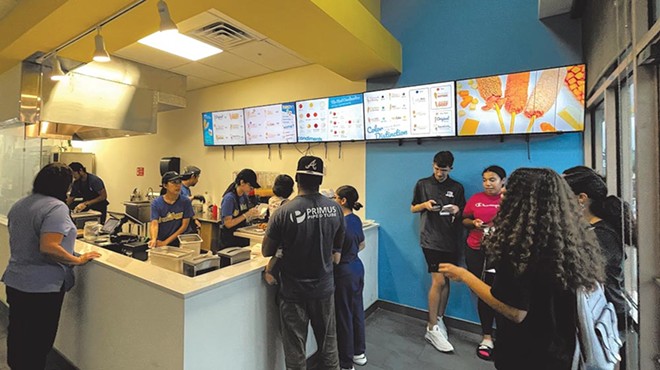