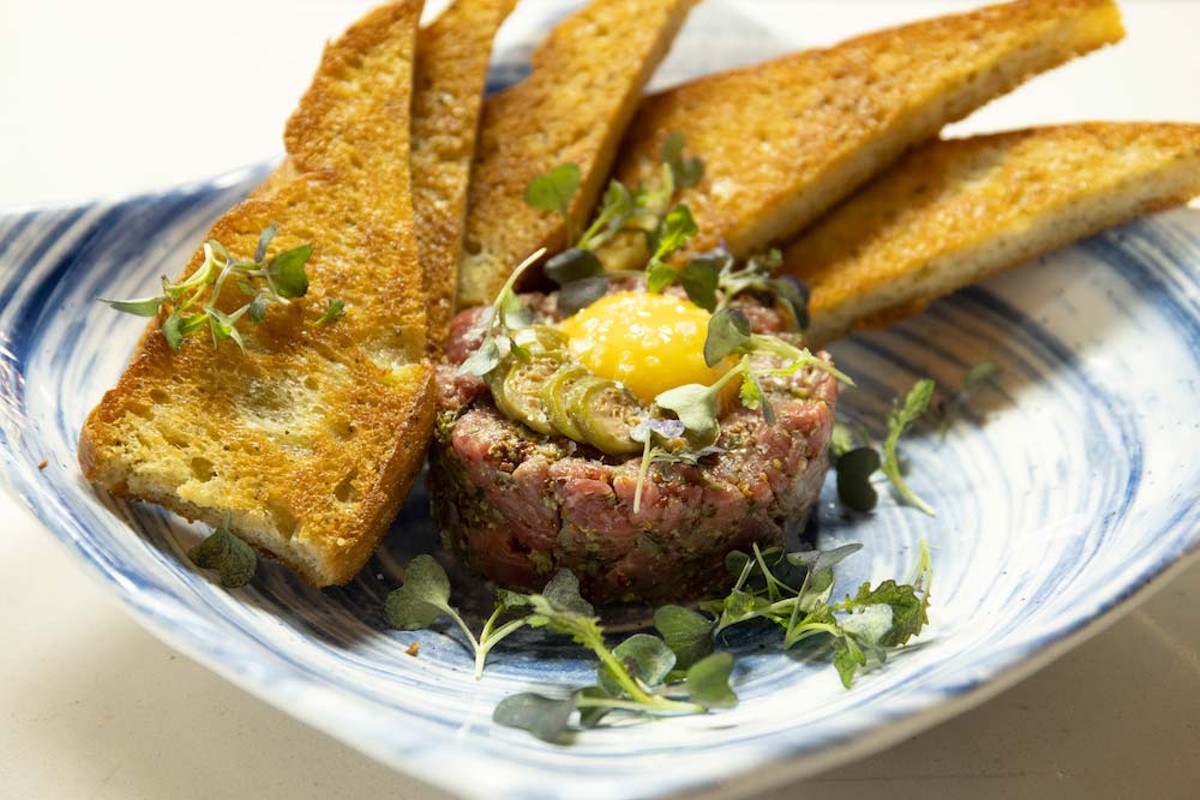 You may have heard about the hiccups at the gleaming new Hall on the Yard in Ivanhoe Village, and not the kind brought about by stuffing too much food and drink into your yap. Clearly, early visitors to this very upscale and handsome hub of grub were being met with high doses of frustration, along with the ordained smiles and chirpy dispositions of staff.

I speak, of course, of the long wait times, server shortages, unbussed tables and confusing system of seating. It wasn't the start owner Jamal Wilson was hoping for, but it's not like he had a choice. The man was keen to recoup losses incurred by a slew of pandemic-related construction delays, supply-chain slowdowns and labor pains, even if it meant taking a bit of a licking on social media. Generating revenue for the nine vendors housed within its gilded walls was top priority and so, just before Thanksgiving, HOTY's doors swung open.

There's a fair bit of damage control to be done, but — like the song that played when I first set foot inside the food hall said — things can only get better. And they have. First thing you should know: This is not your typical food hall. It's full-service, so checking in at the host stand is required, and making a reservation is a good idea. 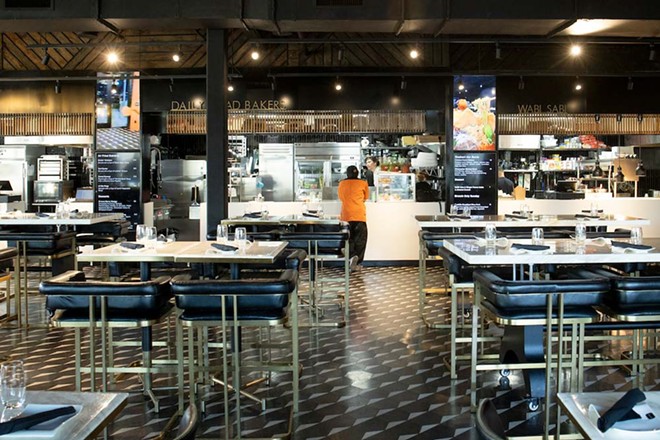 In all my visits here (four by last count) the place has been packed and busy, very much like the menu. This double-sided, two-foot-long, graphic designer's nightmare employs a very small print to squish in the 130 or so items. Honestly, staring at the bloody thing is a little overwhelming. "I can't look at this menu, just bring us anything," I half-joked with the server on that first visit. For the sake of legibility, it'd be better if they went the menu book route. What I do like about the menu is the diversity of options listed — vegan, Hawaiian, pan-Latin, pan-Asian, gourmet, Southern, baked goods, Indian and Caribbean. Naturally there's a mix of hits and misses, but what they all have in common, be it the trio of lamb samosas ($14) or a hot chicken sandwich ($15), is that they're not cheap.

An upmarket food hall is bound to come with upmarket prices, and dishes from the Chef & I stall are the priciest. They also happen to offer some of my favorite dishes at HOTY — none more so than crispy-skinned duck ($32) sliced alongside duck-fat sage waffles with maple-macerated blackberry syrup. I've ordered the dish on two separate occasions — both times superb. Lamb merguez sausage ($17) served over mashed mint peas and sided with makrut lime mustard and a pickled mango chutney isn't the kind of dish I expected to indulge in at a food hall, but there it was. 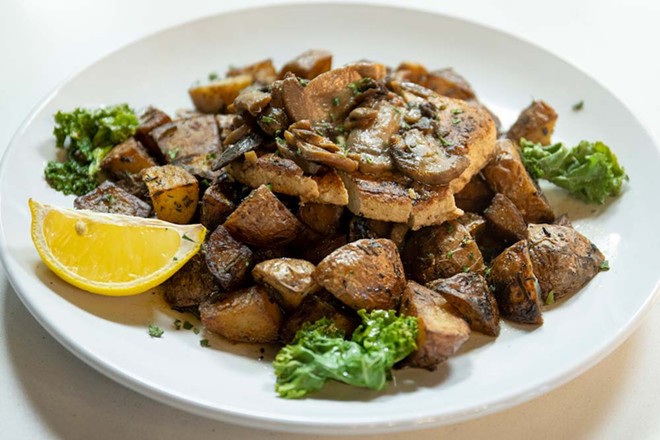 Other standouts: the deep-water walu ceviche ($18) from pan-Latin outfit Pasión, highlighted by chilled coconut broth streaked with Peruvian pepper oil; and, from Wabi Sabi, a very dramatic and fusion-y presentation of Tijuana birria short rib ramen coiffed with chili threads and Taijin-dusted chicharron. The five-chili-roasted shoyu broth was easy to swallow, but that $23 price tag — gulp! — not so much. Same goes for the simple plate of chickpea curry served with coconut milk-infused saffron rice ($16) from Spice Affair, and braised oxtail with rice and peas and plantains ($28) from True Island.

I suppose it all goes to pay for the high-end experience HOTY aims to provide — from the custom-engraved furnishings and dinnerware to floor-to-ceiling finery. It's a striking space, no question, but at times, the experience can feel lacking. As inviting as the inside/outside bar is, HOTY's bartenders aren't of the caliber of higher-end cocktail bars in town, at least not consistently. When signature quaffs from the cocktail menu can't be made because an ingredient is missing (which is often the case, for some reason), replacement suggestions aren't offered. 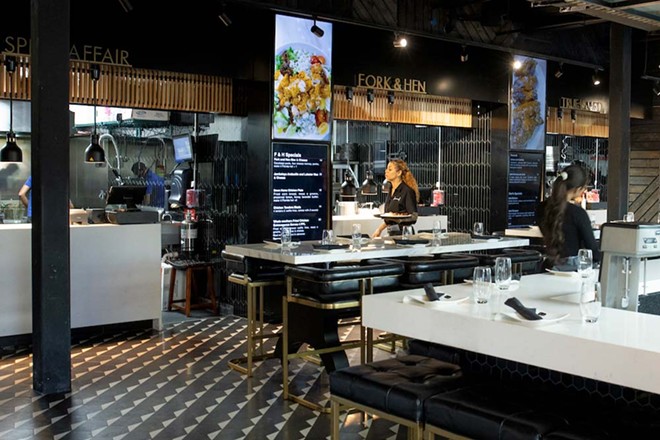 And beyond the glitter of the crystal lights and dazzling chandeliers, the hall is already showing signs of wear — I noticed scratches on the walls where decorative masks are hung, and a cracked and damaged step leading to the second-floor seating area. Perhaps not surprising given the popularity of the place, which makes parking, at least street parking, a challenge. The Alden Garage offers parking for $3 per hour, though.

HOTY brings the looks, and plenty of substance, to the competitive world of food halls (the beer garden with pour-it-yourself taps is a great place to watch the game, BTW), but it doesn't always feel like you get what you pay for. That said, things are steadily improving and it's well worth a visit, especially if you're with a large group with wide-ranging palates. Just beware of sticker shock. And read the fine print.