A fresh take on the classic American cocktail: the Sazerac 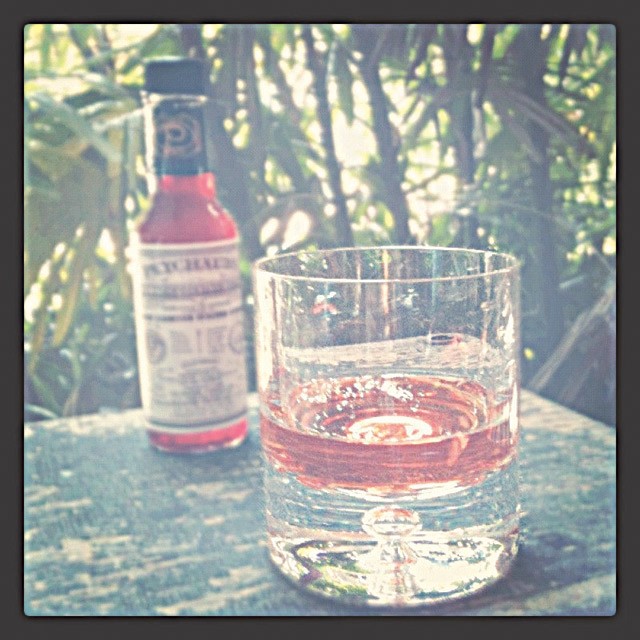 The oldest definition of a "cock-tail," first published in 1803, is awfully basic: "a mixture of spirits of any kind, water, sugar and bitters." Made with whiskey, this became known as an Old Fashioned, to differentiate it from more complex modern mixed drinks, but it's still the basis
for almost every cocktail.

It's also pretty much the basic recipe for the Sazerac, the 19th-century cocktail born in (and most strongly identified with) New Orleans. This drink started out as a medicinal concoction of imported Sazerac-de-Forge et Fils cognac and bitters brewed by Creole apothecary Antoine Peychaud, sweetened with a bit of sugar, but after the phylloxera plague killed most of the grapevines in Europe, American rye whiskey was substituted for the cognac. A later addition was the absinthe rinse, which gives the Sazerac its distinctive sharply herbal aroma.

This venerable potion has about as much American heritage cred as you can get — hence its current popularity in the craft-cocktail crowd. I was hesitant to Remix such a classic, so I decided to unmix it instead, honoring its roots with a half-and-half mix of cognac and rye. Then again, it wouldn't be a Remix if I didn't mess with it a little, so I also added ginger to the pungent spice of Bulleit rye, floral-tinged Peychaud's, and bitter wormwood-and-anise absinthe. Sacrilege? Maybe. The Remix is a bit softer (due to the slight dilution caused by shaking with ice) and grapier (because of the cognac); I recommend trying your Sazerac both ways
to see which you like best.

Pack a rocks glass with ice and set aside. Drop the sugar cube into a second rocks glass, add the bitters, and muddle until dissolved. (Add a dash of water if necessary.) Add the rye and stir to combine.

Dump the ice out of the now-chilled first glass, pour in the absinthe, and swirl to coat the sides and bottom of the glass, discarding any extra. Pour the sugar-bitters-rye mixture into the absinthe-coated glass and serve.

Pack a rocks glass with ice and set aside. Drop the sugar cube into a shaker, add the bitters, and muddle until crushed. Add the rye and cognac, drop in some ice, and shake to the count of five.

Dump the ice out of the now-chilled first glass, pour in the absinthe, and swirl to coat the sides and bottom of the glass, discarding any extra. Strain the shaken sugar-bitters-rye-cognac mixture into the absinthe-coated glass and serve.