Orlando’s most beautiful bites: The prettiest plates our restaurant critic cleaned in 2022

It bears repeating that 2022 was a year when third-culture cooking really made an impression in restaurants around this city. A new generation of chefs, influenced by the culture of their ancestry and the culture in which they were raised, blended diasporic nuances into their dishes to create a new food language. Many of those dishes happened to be the very best bites I had in 2022 — bites as gorgeous as they were gorge-worthy. Here are 12 of the most memorable. 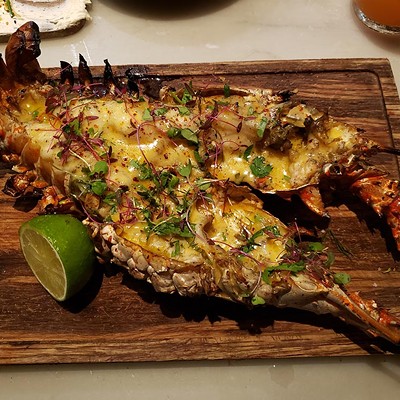 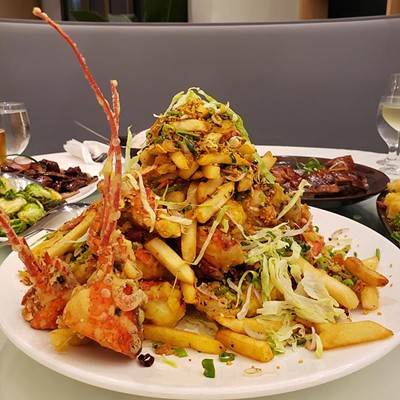 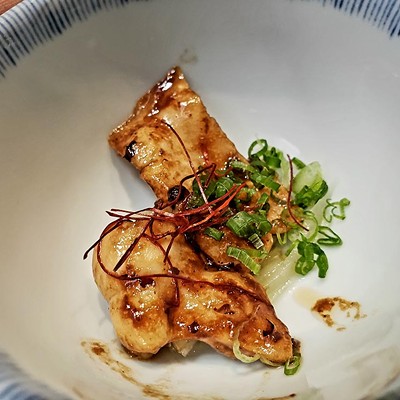 Chef David Tsan seared slices of the long-necked Alaskan clam in sesame oil, then presented the dish with a fermented black-bean sauce reduced with garlic and soy sauce. It's no wonder a seat at this eight-person sushi bar is one of the hardest to come by in Orlando.

Tuna pizza, Salt & The Cellar by Akira Back

The light, crackly tortilla laid with gossamer folds of raw tuna, white truffle oil and micro shiso was made semi-famous at Akira Back's Yellowtail restaurant in the Bellagio Hotel. And it'll likely be semi-famous here, too.

For Lewis Lin, a Taiwanese chef who spent his formative years in Japan, Juju is a dream realized. The Colonialtown izakaya sizzles to the sounds of meats being grilled over binchotan coals, but when Lin picked up a charcoal brick with tongs and kissed the flesh of Japanese mackerel in front of us during an omakase tasting, the result was mwah.

Layering buttery sheets of potato with chopped chives and kefalograviera cheese before browning them to a fall-to-your-knees crisp is undoubtedly a laborious task, but so well worth it. Honestly, it's hard going back to eating regular ol' fries after biting into these beauties.

The cheese-filled, phyllo-threaded, pistachio-topped pastry is an absolute favorite of mine, and the version served here is unexpectedly devoid of the syrup that typically pools around the base, making for a significantly lighter, and less cloying, capper to a meal.

What's not to like about goat trotters cooked for eight hours in a thin, fragrant gravy? It's a glorious dish rooted in comfort — I relished every grunt elicited by marrow-sucking and dunking shreds of a sizable, sesame-specked Afghani naan into that redolent liquid.

The restaurant's name may have changed (it opened as Gà 2 To) but this fiery offal salad hasn't changed a bit, nor should it. The fetching mélange of stir-fried chicken gizzards, chicken hearts and "young eggs" (they're ovaries) is reinforced with whole garlic that only further charges this protein-charger of a dish.

There's so much to appreciate at the revamped Wellborn — the revamped food offerings especially. Of note are the grilled prawns slicked in chili-lime butter and garnished with pickled gypsy and jalapeño peppers. The head-on buggers are worth the trip alone.

It's truly hard not to salivate over the soaring salvers of seafood proffered at YH, and it's damn near impossible to not genuinely enjoy indulging in a platter of fried lobster piled high with french fries, fried scallions, chilies and garlic.

There's a lot to like at this contemporary Korean restaurant, but these tender and buoyant wonders had us wanting more. The minced leg meat is poached, then grilled over binchotan coals to create texturally perfect orbs.

When chef Jason Campbell announced on Instagram the arrival of these spiky buggers, I made a beeline to Luke's in Maitland. The lobster, jerk-rubbed with Florida datil peppers then fire-grilled over Florida white oak before being glossed in a citrus beurre monté, comprised a hidden additive: that secret ingredient that allows you to block out the world.