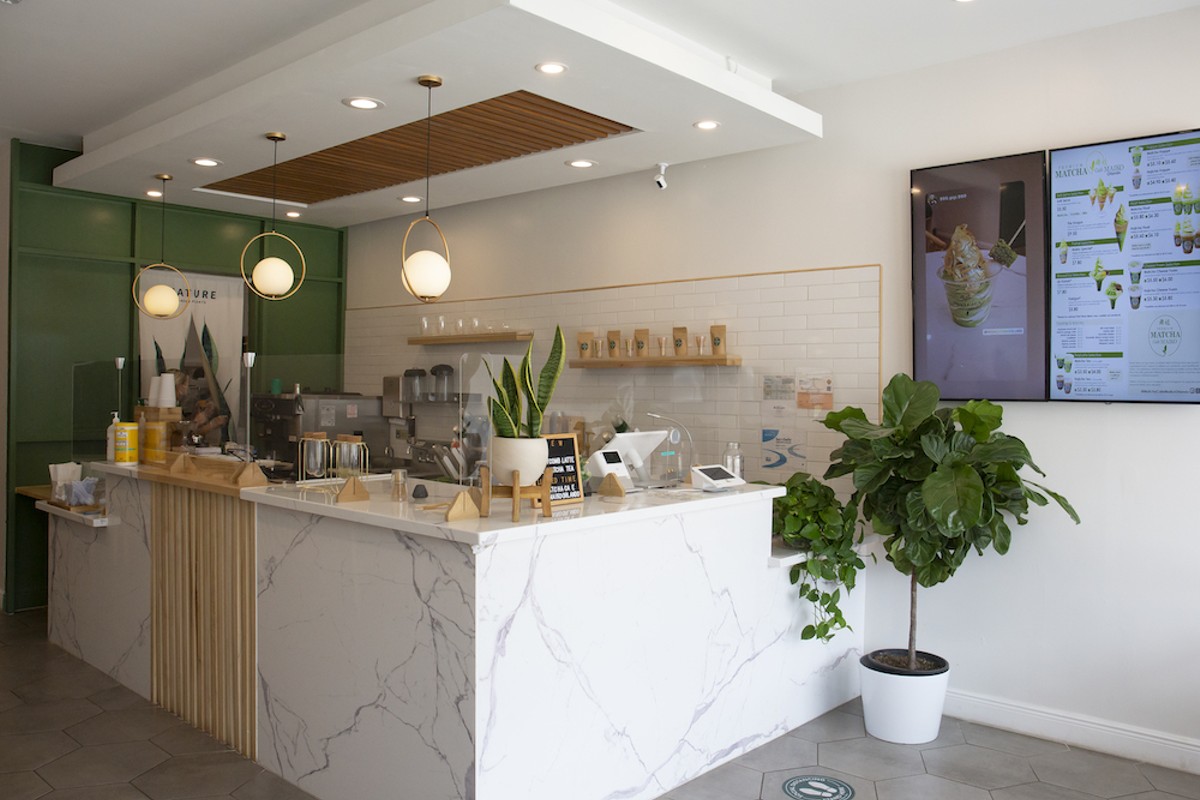 Matcha has been the unquestionable "it" beverage of the pandemic, amirite? Well, after straight liquor, natural wine and, great Caesar's beans, Dalgona coffee. That said, we have seen a proliferation of matcha in teahouse menus all over the city — nowhere more so than in Mills 50, where the powdered superdrink appears to be the primary source of salutary fuel. Matcha House, Möge Tee, Qreate and Royaltea are just a few of the places in the neighborhood where totalers get their tea on, but the serious matcha mavens hold Matcha Cafe Maiko in particularly high regard.

And if you've read this far and have no clue what matcha is, you've got impeccable timing. Matcha is made from de-stemmed and de-veined green tea leaves that are steamed, dried, then ground into a potent, nutrient-rich and very fine powder. The powder can be whisked with hot water to make a tea, blended into soft serve, syruped into ice, mixed into cakes – you could probably pat your baby's bottom with it, too.

The best matcha is grown in Uji, a city just south of Kyoto, Japan. It's the mecca of matcha and it's where Matcha Café Maiko procures its high-grade tea. Now, many people I know avoid matcha like the plague or, at the very least, wheatgrass shots. Responses I've received (other than "who are you?" and "stop texting me") have been: "It's too earthy for me"; "It tastes like dirt" and "I don't drink anything green." Substandard matcha tastes a lot more bitter, and appears yellowish green rather than vibrant green. MCM's "ceremonial grade" powder is the sort used in Japanese tea ceremonies, and it has a mild and balanced vegetal taste.

I've certainly had more than my fair share of matcha cheese foam lattes ($5.50) from MCM, but it's a Zen-less experience. I'd rather get the ASMR tingles by watching a barista whisk water and matcha powder into a simple cup of tea ($3.50). The silky finish is just so pure. My only gripe is that it's served in a paper cup, not a matcha bowl, and that the frothy layer dissipates quickly.

On the opposite end of the matcha spectrum is Maiko's uji-kintoki ($7.80) ­— quite possibly one of the city's most photographed desserts and as anti-traditionalist a matcha presentation as it gets. It sits in a plastic margarita glass propped on a base looking like Mickey in Fantasia – the bulbous dollop of adzuki red bean and mochi balls beneath the green conical swirl of a hat had me thinking Hidden Mickey. For added sparkle, some get it wrapped in gold leaf ($4). I suppose the wedge of Japanese chestnut makes up Mickey's wand — I wish there were more wands to eat — and beneath it all is snowy ice drenched with matcha syrup. It all makes for one gloriously pseudo-healthy dessert. Matcha, after all, has antioxidants out the ying-yang and L-theanine too, which reduces anxiety and chills you the eff out. So does Maiko's iced yuzu matcha ($4.50), a sweet, zingy bev that's become my new favorite hot-weather slurp.

You'd think after ingesting all this matcha, I'd be whirring about like a squirrel in a sack, but the caffeine buzz from matcha is steady, stable and longer-lasting. Those who still find matcha to be too strong can opt for hojicha ($3.30), a roasted (not steamed) green tea with pleasant chocolatey notes that also cuts the caffeine. 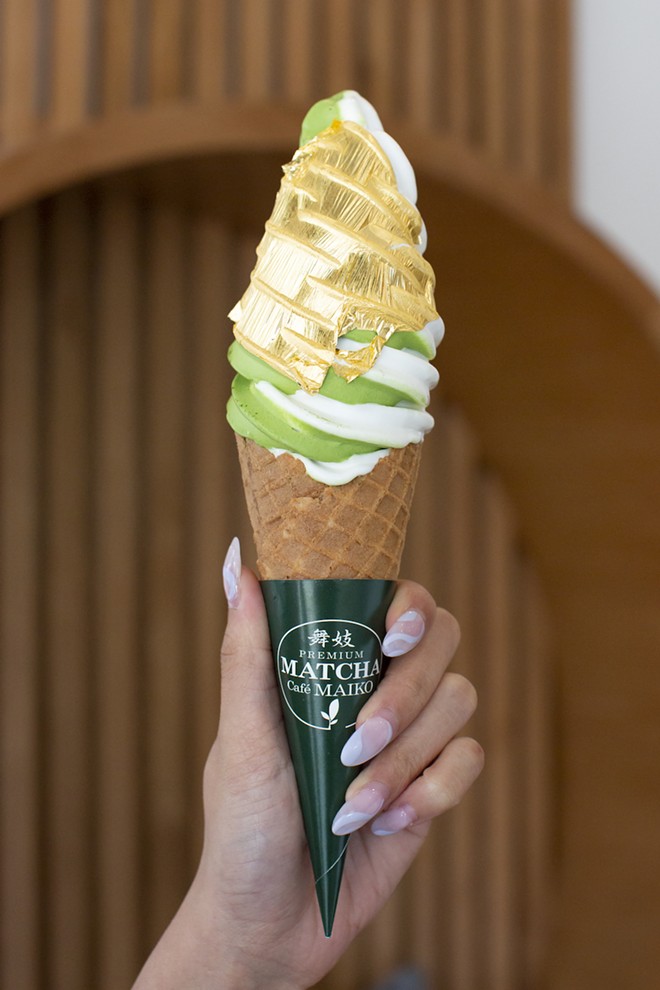 There are only 20 outposts of this Hawaii-based operation scattered around the world, so I suppose we should consider ourselves fortunate to have a Matcha Café Maiko in Orlando. All seem to have a similar minimalism-meets-modernism aesthetic, with scales, whisks, kettles and flasks strategically placed behind the counter. There are Instagram walls as well, but it's the tea that's the real draw.

Ask anyone standing in line and they'll tell you, whether it's hot or cold, in ice creams or floats, this matcha's lit.