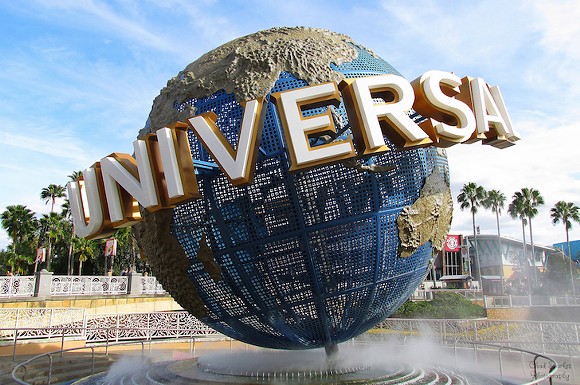 Photo by Chad Sparkes/Flickr
After years of speculation, Universal Studios has now secured the additional property that crisscrossed their southern property. The purchase also includes the long sought after deed rights that had previously blocked Universal from building a theme park on the property.

Ironically, the property was previously owned by Universal Studios but sold it in 2003 when its former parent company, Vivendi, was struggling financially (around the same time Vivendi began talks to sell Universal to NBC which happened less than a year later).

The 1,800 acres were sold to Georgia developer Stan Thomas for $70 million, but Universal ensured it wouldn’t be facing any competition by placing a deed on the property banning large-scale amusement uses, including theme parks. Before selling the property, Universal had submitted plans to Orange County for a third theme park, 2 18-hole golf courses, 2 million square feet of retail, and more than 10,000 hotel and timeshare units.

Within two years Thomas has spent more than $325 million on land in the tourist district. A grand vision for the property called for horseback riding trails, a water taxi system, and numerous luxury resorts. Missing from the plans was a central theme park, thanks in part to the deed placed on the property by Universal. The first resort was built, a Westin resort as the Las Palmeras by Hilton Grand Vacations, but then the Recession hit.

Since the Recession, Thomas struggled to keep his finances in order with investors much more wary of luxury developments, like the one Thomas was proposing. On the other hand, during this same time, Universal saw an unprecedented stretch of growth, thanks in part Harry Potter and the free-flowing cash from their new parent company, Comcast.

In 2015, Thomas lost a significant amount of the land to a $285 million foreclosure. Universal quickly bought numerous chunks of the land they formerly owned while others developers bought up small pieces. Many of those smaller sections have since been developed to include numerous apartments, TopGolf, Andretti Indoor Karting and Games, and various strip malls.

One of the largest undeveloped sections not owned by Universal is a 40-acre parcel purchased by Ripley’s Entertainment, the Orlando-based parent company of Ripley’s Believe It Or Not Odditorium.

It’s believed that Ripley’s will move their headquarters to this property and will develop an entertainment complex on it that will be anchored by their various brands, possibly including an aquarium.

After years of buying plots as they were foreclosed on, or otherwise became available, Universal acquired more than 500 acres, though much of it was a piecemeal of smaller plots, many of which were unconnected.

The property also still included that strict deed restriction on it that banned theme parks. Universal sued, Thomas’s silence on a 2016 proposal, Thomas argued silence and that he retained the rights to block theme parks from the development. His argument involved stating that a former owner retains the rights to enforce deed restrictions placed upon property they no longer own.

Most industry experts expected Universal to eventually get what it wanted, though they would win the case since both local rules and national court precedent uphold deed restrictions placed on land by former owners.

By December of last year, rumors of a new theme park were everywhere despite the ongoing legal fight. Most noticeable was at Universal Studios Florida itself, where the Super Nintendo World project had yet to break ground despite Kids Zone, the area it was believed to be , being expected to close as early as mid-2016.

Many team members had stated that they had been told to expect to be moved to other areas, with Kids Zone closing by the fall of 2016. The closure never happened. By the beginning of this year, rumors began rolling in stating that Universal was instead going to build Super Nintendo World at its third park (or fourth if you count Volcano Bay) on the southern property.

According to numerous sources, teams at Universal Creative were put in charge of developing the new park with negations for Lord of the Rings, Nintendo, and more Potter ongoing regarding their use in the park. All of this occurred despite the legal case that most experts believed Universal to be on the losing end of.

Then, as the case began yesterday morning, representatives from Universal informed the judge that a settlement regarding the deed restrictions had been reached. Later in the day when speaking before the judge an attorney for Universal referred to the theme park plans for the property as being “obviously super, super secret commercial information.” This was one of the first times Universal has publicly acknowledged the rumored theme park plans.

New documents filed with Orange County today show that Universal now owns the full deeds to the property outright, removing Stan Thomas completely from them. Other records indicate that Universal has also purchased some of Thomas’s Universal Boulevard property, though at this time it is unclear how much property has exchanged hands and what parcels it includes.

No financial information was shared at this time, though those documents should be posted within the next few weeks. The Orlando Sentinel is reporting that Thomas’s companies did report removing $144.7 million in debt including a 200-acre parcel that was facing a $27 million foreclosure.

Universal has yet to announce what it plans to do with their southern property, but most expect at least one theme park, numerous hotels, and an expanded service area of offices and other non-guest areas.

Current speculation places the opening of the new theme park in the first half of the 2020s, just after Disney World’s major 50th Anniversary celebration in 2021.

Hotels and other developments on the property could open much sooner. A second, boutique park and a large CityWalk style shopping center have also been rumored for the property, though most expect Universal to ignore former plans for a golf course on the site.