Send a News Tip
As Princess Anastasia once said to her Mom and Dad, this isn’t fun anymore.
click to enlarge

Fickle though it might make me sound, I’ve been finding it a chore as of late to maintain my enthusiasm for Dance Moms. The shallow reason is that the show’s storylines are getting so damn repetitive and predictable (Cathy Candy Apples launches a devious plan against Miss Abby, they face off at a competition somewhere hip-deep in the flyovers, the Candy Apples all get their little asses kicked, tune in next week.) But there’s another issue that speaks to a more serious and responsible side of my personality (the side I urge family members never to mention in public): The show is just getting too creepy to watch without a raincoat.

Apparently, I’m not the only one to notice this, as the Lifetime network has buried the series’ March 6 episode, in which the reliably sleazy Miss Abby had her prepubescent dancers dress like Vegas showgirls, all the way down to implied toplessness. Thanks to an outcry from critics and child psychologists, the episode has been yanked from reruns and the Lifetime website, meaning that those of us “lucky” enough to have seen it in its original airing will have something to tell future generations. (It’s our version of the LBJ “mushroom cloud” ad.)

News of the banning was brought to my attention via E!, which is of course a paragon of responsible, non-exploitative programming and has no competitive interest in the story whatsoever. Safe for the moment, it seems, are all past Dance Moms outings, including the ones in which Miss Abby exercised her deep-seated loathing of children by having the girls feign violent abduction, dance with toy firearms and get made up to look like victims of domestic abuse. Those are “message” routines, see, especially when you use a lot of jazz hands.

Lifetime has to be hating this new development. Having to deep-six a single episode of a soap-style, serialized reality program plays hell with any plans for a DVD release.  And the network is less than two weeks away from the premiere of the spinoff Dance Moms Miami, in which two male dance coaches will try to impose their will on stage mothers who, if the on-air promo spots are any indication, include at least one hot-blooded Latina. Nope, no room for controversial content there.

Up to now, I’ve been somewhat amused by the criticisms the original Dance Moms has engendered, which have mostly concerned the mothers’ questionable motives in subjecting their children to the ongoing verbal abuse of the tyrannical Miss Abby. Such qualms, I thought, laid bare a really troubling inability to recognize when a show is largely staged, and often ineptly so. But when a reality series gets popular enough, actual reality can’t help but intrude. Look at the pickle MTV is in now that the biggest stars of its Jersey Shore franchise are, respectively, pregnant and in rehab. (Notably, the network is worried not that exploiting their conditions would send the wrong message, but that their full and continued participation might have a chilling effect on the show’s Bacchanalia quotient. Do it for the children, Viacom.) 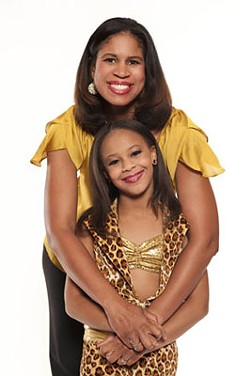 So recent episodes of Dance Moms have had to contort themselves almost into incomprehensibility to hide the effect the success of the program has had. Over two seasons, a recurring plot point has had Miss Abby berating dance mom Holly -- who just happens to be a school principal -- over her protracted absences from the rehearsal process. What should that matter, since Holly’s daughter, Nia, usually manages to show up anyway? This week, on The View, Miss Abby stupidly divulged that the real problem is with Holly’s contract, which requires this working professional to be on hand to dish with the other mothers. In the coming episodes, Holly will be seen taking a leave of absence from work, to devote herself more reliably to her daughter’s interests (read: the show). And all those other kids can find themselves a new principal.

Even more bizarrely, in the March 20 episode, mom Melissa got so upset at being continually prodded about her possible engagement that she had her lawyer send letters to the other mothers ordering them to cease and desist  all discussion of the subject. Now, hearing your peers dig for harmless dirt is not exactly the sort of thing that spurs a sane, adult woman to seek a gag order. It’s obvious that, in real life, somebody is not happy with having Melissa’s private life become a topic of national conversation -- her ex-husband, maybe, or the new boyfriend who, as we’ve been told, bankrolls her daughters’ dance education.

So yeah, it’s getting harder to write off as artifice the tears the girls shed whenever Miss Abby decries their mothers’ conduct. It’s the implied threat to the show that’s driving their apparently genuine emotion -- perhaps the only real emotion the show depicts.

Which brings me back to the subject of “topless” tots. Do I think Miss Abby is really a pedophile? God, I hope not. But the correct (if arguably belated) protests of that storyline come from a place where authenticity no longer matters. However Miss Abby, or the dance moms, or even the girls themselves really feel about such routines is a secondary consideration -- secondary to the way they could be received by some sick fuck in the audience. Lifetime had to know that parading a bunch of children around as fan dancers while the word “nude” was repeated over and over on the soundtrack was like sending up a flare to every pervert in the nation. It’s not beyond the bounds of possibility that a real kid could end up abducted or even dead over such an asinine stunt -- and then practically every past episode of the series would be bonfire material.

I refuse to believe that nobody at Lifetime -- the women’s network, remember? -- foresaw that possibility. More likely, they just assumed that any publicity was good publicity. If that’s how they actually feel, I would urge them to ask any woman what she now thinks of the Susan G. Komen Foundation. And then get real.