'Tina: The Tina Turner Musical' at Orlando's Dr. Phillips Center has a lot to live up to, but often misses the mark 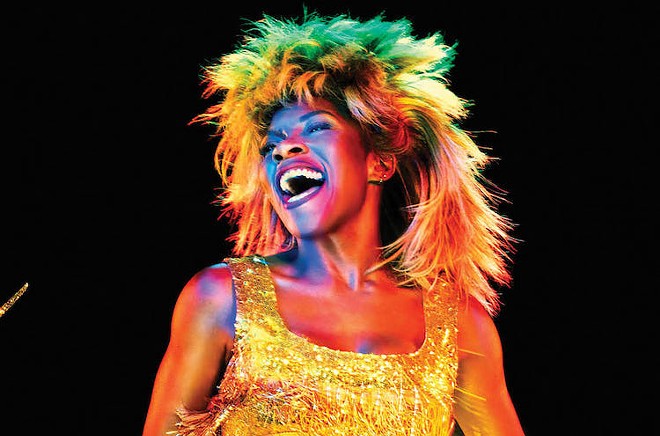 Tina: The Tina Turner Musical opened in Manhattan in late 2019, years after many of the “Queen of Rock & Roll”’s paler and/or maler peers had already been immortalized as jukebox musicals.

With a compelling life story and classic musical catalogue, Turner deserves a bio-musical as good as Jersey Boys or Beautiful. But even though the touring company visiting Orlando’s Dr. Phillips Center through Jan. 15 comes direct from the Great White Way — where the show just closed last August — and boasts a blazing lead performance, Tina fails to take Turner’s triumphant tale higher on stage than the Oscar-nominated film What's Love Got to Do With It? did on screen back in 1993.

The show starts off with great promise, as director Phyllida Lloyd stages a gripping dreamlike sequence set to “Sound of Mystic Law” and “Nutbush City Limits,” showing how the spirited young Anna-Mae Bullock (Ayvah Johnson) suffered an abusive father, and was abandoned by her mother (Roz White) to be raised by her gentle Gran (Ann Nesby) in rural Tennessee.

And the stage starts to smolder once the teenage Tina-to-be (Zurin Villanueva on opening night, alternating performances with Naomi Rodgers) steps up to the mic alongside Ike Turner (Garrett Turner) to belt out a red-hot rendition of “She Made My Blood Run Cold.”

Villanueva was vibrant on opening night, delivering an impressive impression of Turner’s soulful vocals and kinetic choreography (as recreated by Anthony Van Laast) that electrified the re-creations of her iconic hits, such as “River Deep Mountain High” and “Proud Mary.” But her tempestuous relationship with Turner’s Ike never rings true; his cartoonish villainy undermines any empathy or charisma that might explain her self-destructive dependence on him, reducing Tina to a cautionary victim in a movie-of-the-week.

And it doesn’t help that Turner’s musical catalog feels awkwardly shoehorned into this headlong blitz through her biography, with songs that strain to integrate lyrically or chronologically into the action; or that Jeff Sugg’s soft-focus stock footage projections (doing the heavy lifting for Mark Thompson’s barely-there sets) make the stage look like a giant screensaver.

There are moments of pure musical magic when Tina’s first-rate band (conducted by Anne Shuttlesworth) and hardworking cast focus on paying tribute to her timeless songs, like during an explosive encore mini-concert that is the evening’s highlight. But the unconvincing drama between the tunes never does full justice to Turner’s courageous journey.

Fans of Tina Turner’s songs will find plenty of familiar favorites to clap along to, but I’d rather see Villanueva and company simply belt out the setlist, and stop bothering with this script.