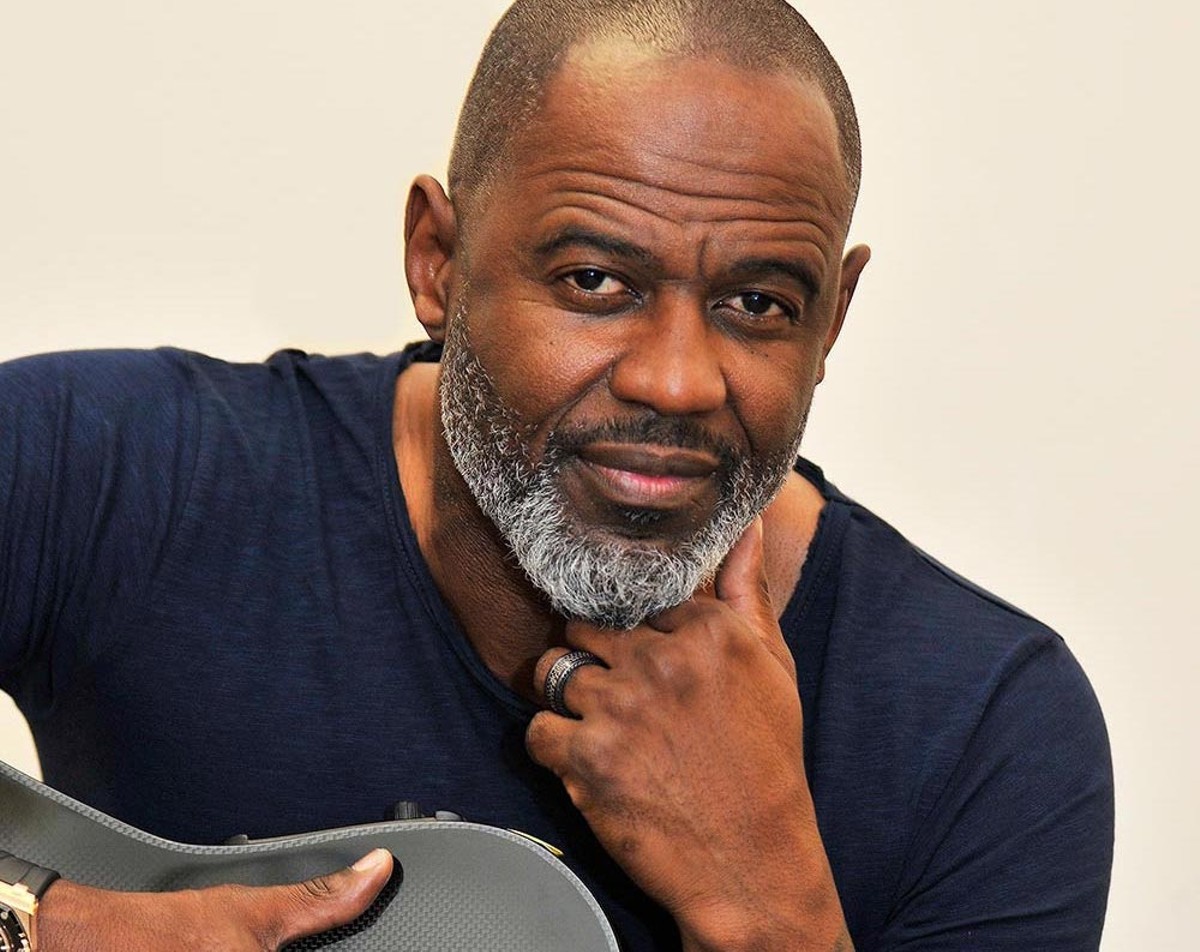 Our editors' picks of the best things to do, see and hear this weekend.

Brian McKnight 4
As the commercial pitchmen say, summer is about to get hotter. R&B hitmaker and loverman supreme Brian McKnight (ahem, "Back at One," "One Last Cry") is bringing along his stalwart jazz combo, the Brian McKnight 4, to town. Since McKnight released what he called his final studio album, Exodus, back in 2020, live gigs are his main creative outlet now. Expect soulful, jazzy renditions of his heavy catalog of hits — especially since this year marks the 30th anniversary of McKnight's eponymous solo album, released by the singer at the ripe old age of 22. And he's still got that unmistakable twinkle in his eye, all these years — not to mention over 25 million albums sold and 17 Grammy nominations — later. 9 p.m., Hard Rock Live, 6050 Universal Blvd., hardrock.com, $44.50-$64.50.

GZA
Fearsome New York rap veteran and Wu-Tang Clan core member the GZA is coming to the Ace this week to present one of his most iconic works in full live glory. The artist-intellectual (rightfully) known as Genius is on the road performing his menacing, seminal 1995 album Liquid Swords with full-band backing courtesy of the Phunky Nomads. Liquid Swords, a heady dive into GZA's lyrical obsessions of philosophy and martial arts, is still one of the all-time great records in the voluminous Wu-Tang family discography — Rolling Stone even named it one of the 25 best hip-hop records of all time. When the cerebral MC rapped about dropping lyrical "megaton bombs ... faster than you can blink," he wasn't boasting. This is the second Wu-Tang incursion into the City Beautiful after May's Killarmy show at the Abbey, so we must be doing something right after all. There are several meet-and-greet and VIP add-ons, including the chance to match wits in a chess game against the Genius. (Do it, you coward.) 9 p.m., Ace Cafe, 100 W. Livingston St., acecafeusa.com, $30-$250. 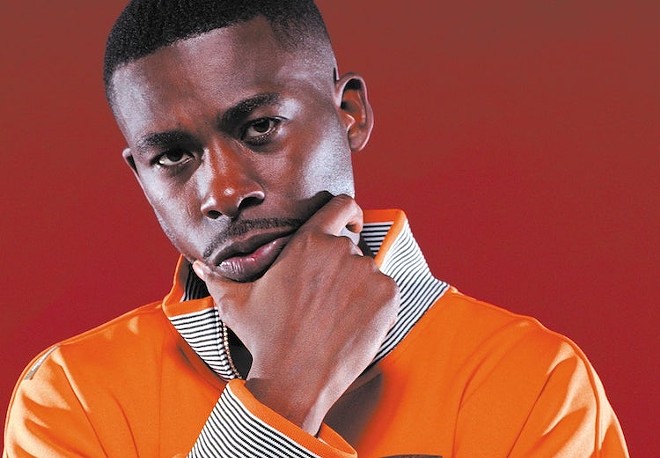 Freestyle Explosion Throwback Jam
The extravagantly named Freestyle musical reunion show Freestyle Explosion Throwback Jam has a lineup as wildly stacked as the title. The evening features freestyle stalwarts and icons like Stevie B., Lisa Lisa, Lisette Melendez, George Lamond, Lil Suzy, Connie, Exposé, Cover Girls, TKA and even — curiously — Montell "This Is How We Do It" Jordan and Miami Bass heroes the 69 Boyz (the more the merrier, we'll say). The freestyle movement was started in New York in the early 1980s by a group of young, mostly Latin singers, DJs and producers who ended up effortlessly filling dancefloors and burning up the charts with sweaty, top-shelf pop. Central Florida was a woefully unchronicled freestyle hotspot during the glory days, so expect a legion of old heads to bust out some old threads and old moves. You can't beat the classics. 7:30 p.m., Amway Center, 400 W. Church St., amwaycenter.com, $39.50-$150.

The Temple of Mercy
Legendarily contrarian Sisters of Mercy mainman Andrew Eldritch famously promised wayyyyyy back in 2016 that if reality TV star and failed businessman Donald J. Trump succeeded in his quest for the U.S. presidency, that would be enough to jolt Eldritch into delivering a new Sisters of Mercy album. Well, we all know how half of that equation worked out, and though a new set of dark-rock anthems from Eldritch very well might have been worth the sticker price of American democracy, no new Sisters musick arrived. You know what else would make Andrew Eldritch unhappy? The very existence of a touring tribute to his all-great gothic ensemble. But his loss may very well be Orlando's gain. The Sisters' relatively slim back catalog is stuffed to the gills with the hits and nothing but. "Marian," "Black Planet," "Lucretia My Reflection," "Vision Thing" (just realized that was a swipe at Bush the elder), "Dominion/Mother Russia," "Temple of Love" ... believe me, we could go on. Not bad for a summer Saturday in Florida. 8 p.m., Will's Pub, 1042 N. Mills Ave., willspub.org, $13. 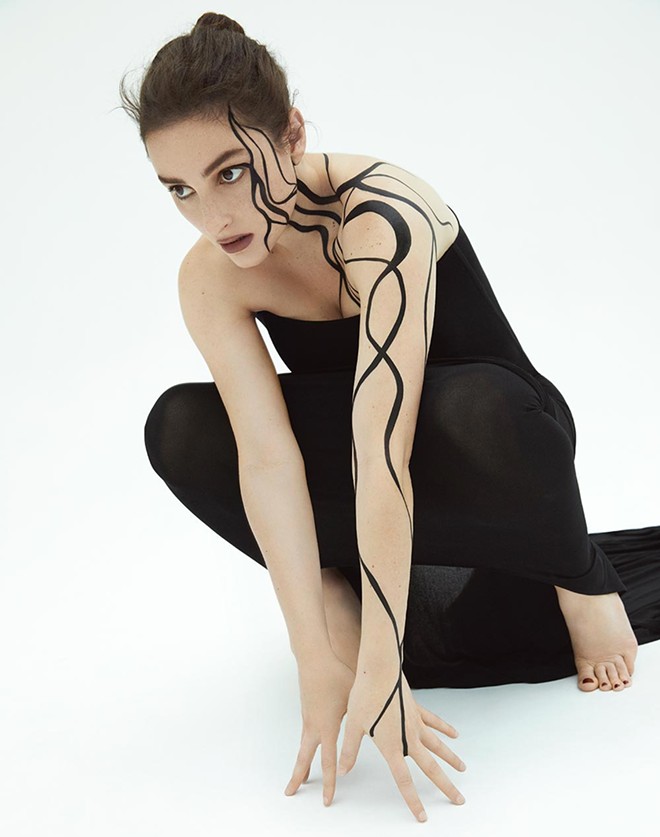 Banks
Pop singer Banks is on a North American tour to bring the songs from new album Serpentina to the adoring masses, and Orlando — one of only two Florida shows — will soon be trapped in her coils. The pandemic-birthed Serpentina is Banks' fourth album, but it marks a Year Zero situation for a young artist intent on shedding old skin — released on a new label, with the sounds a bold departure from previous work as Banks seized the production reins. And she certainly seems to be reveling in the lack of expectations and restraints. Fans of previous albums, do not fear: Banks' core sound, an alluring hybrid of outré R&B and shimmery pop, is still intact, but given a more cinematic scope. Check out the real-time rebirth. With Lauren Jauregui, Samoht, 7 p.m., House of Blues, Disney Springs, houseofblues.com, $35-$80.

Cabaret 50th Anniversary As Nazism rises in Germany, flamboyant American Sally Bowles (Liza Minnelli) sings in a Berlin nightclub and falls in love with a British language teacher (Michael York), whom she shares with a German baron. 3 and 7 p.m. Sunday, various locations, $13.38-$14.91, fathomevents.com

The Deer King In the aftermath of a brutal war, former soldier Van toils in a mine controlled by the ruling empire. Animated. Directed by Masashi Ando. 7 p.m. Wednesday, 7 p.m. Thursday, various locations, $14-$15, gkids.com

Met Opera Live: The Merry Widow The great Renée Fleming stars as the heiress who captivates all of Paris in Lehár's enchanting operetta, recorded live from the Metropolitan Opera in 2015. 1 and 6:30 p.m. Wednesday, various locations, $14-$15, fathomevents.com