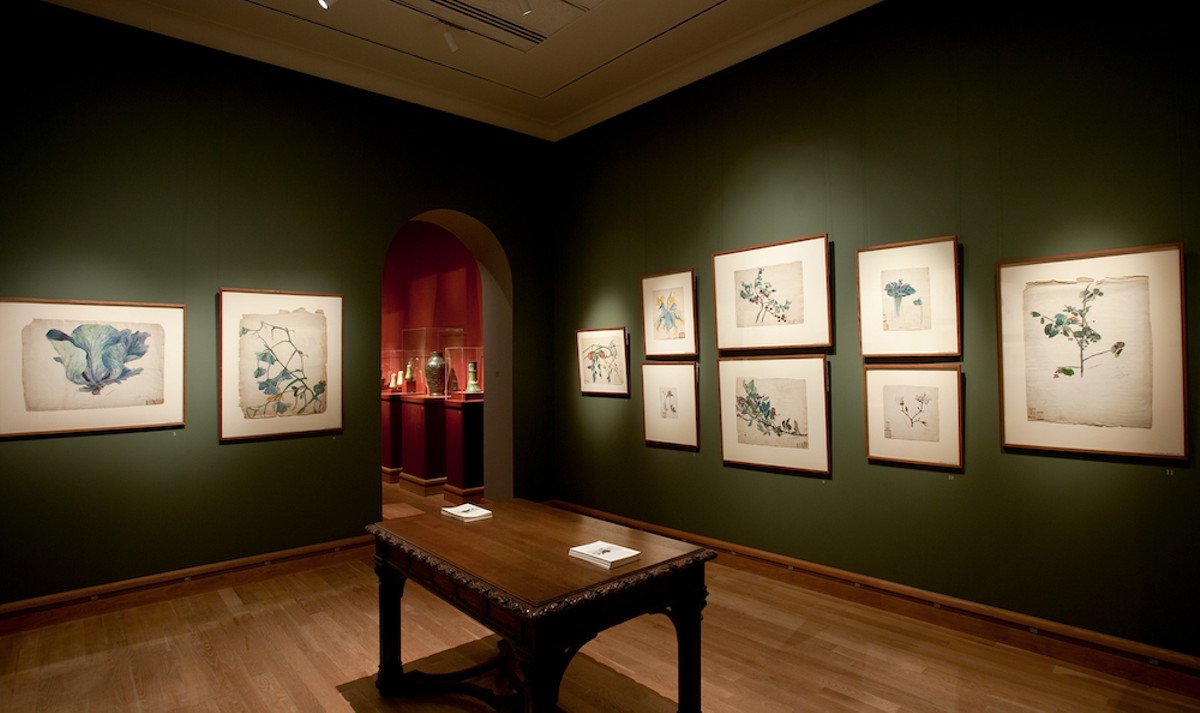 In recent months, Live Active Cultures has covered the revival of theaters, theme parks and other forms of performing arts, but I've largely overlooked the post-pandemic progress of Orlando's visual arts venues. I recently made amends by making my first visit in over a year to one of my favorite Winter Park institutions, the Charles Hosmer Morse Museum of American Art.

COVID-19 has mandated some changes at the Morse, which now requires visitors to make online appointments in advance and enter the building through a side courtyard rather than on Park Avenue. However, the Morse's marvelously intimate atmosphere has only been enhanced by social distancing measures, making it even easier to contemplate the elegant artifacts with ample elbow room.

If you still only think of the Morse as home to the world's greatest collection of Tiffany art glass, here are three exhibits added since the start of last year that may expand your image of the Morse. And best of all, if you hurry you can take advantage of the Morse's final Friday of free admission on April 30; look under "Spring at the Morse" at admissions.morsemuseum.org for reservations. 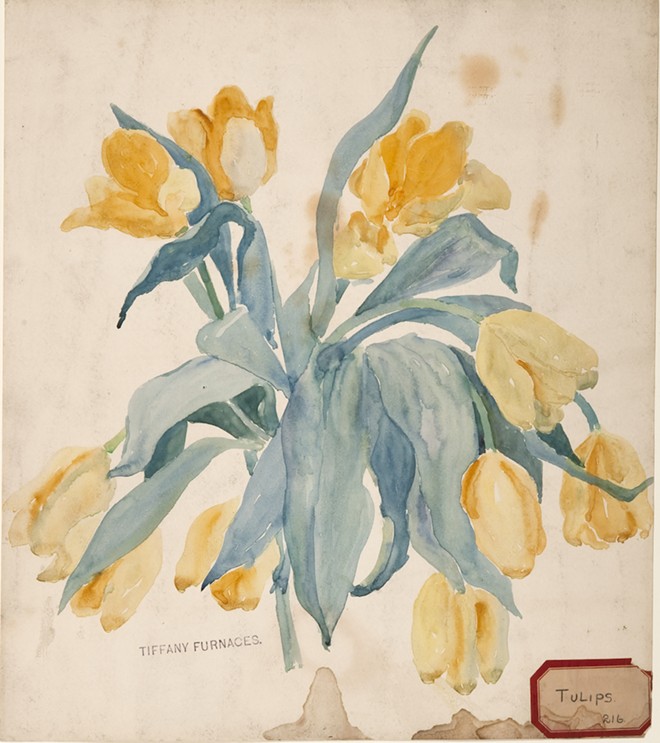 The Morse Museum's newest ongoing exhibit gives exposure to Alice Carmen Gouvy (1863–1924) and Lillian A. Palmié (1873–1944), two of the unheralded female artists who designed ornaments for Louis Comfort Tiffany. These watercolor studies of skunk cabbages and eggplants are as evocative as any museum-quality still-life, but they were filed away for decades as mere working sketches, while the enamel objects they inspired were sold for thousands.

"They're large, they're velvety, but even more so, they're this primary document behind the scenes of creating Tiffany works of art," says curator and collection manager Jennifer Thalheimer. "These [watercolors] were actually rescued through workers ... people who, once they left Tiffany's studios, they held on to the material that they worked with, because otherwise it was just going to [be lost]."

The prosaic subjects reflect Tiffany's interest in the post-Civil War aesthetic movement in art, which was about "embracing beauty and looking for it everywhere – in the minutiae, looking outside of America, looking anywhere you possibly could," Thalheimer says. "And so even something as silly and mundane as a little cabbage flower would be something that would be worthy of inspection."

Selected Portraits From the Morse Collection

You've got until Sept. 26 to catch this collection of oil paintings and photographic portraiture. These artworks document the ways that class and technology changed how people preserved their own likeness during a three-century span before the arrival of digital cameras.

Thalheimer says portraits once served as "a statement of place and importance" for the wealthy and powerful, prompting the question of who was worthy of such an expenditure of time, effort and money, but the democratization of film made family pictures more of a sentimental thing: a record, a memory.

"We went through history and gave a little bit of a rundown on the figures that are in here, and they're really interesting people. It's not only the painters but the sitters who are significant," she adds, indicating William Merritt Chase's Gilded Age portrait of Nabisco founder Sylvester S. Marvin, as well as a hundred-year-old headshot autographed to a fan by silent film star Julia Dean. "This photograph was in the Tiffany Studio study photograph collection, so somebody at the studios 'appreciated' Julia for it to find its way into that collection."

Another recent long-term addition to the Morse is a display of antique Asian porcelain that were collected over a lifetime by late Orlando residents Dr. Benjamin L. and Nancy Abberger. The precious ceramics from Canton and Nanking, which were gifted to the Morse by the Abbergers' heirs, are arrayed on shelves and tables behind glass, like the world's largest curio cabinet.

"This was their love, [and] over 40 years, they collected over 200 pieces of porcelain," Thalheimer says. "They were constantly collecting, and lived with it. ... It was everywhere, on every table, and I remember saying to their kids (who are now adults), 'What was it like growing up in a place like this where there's porcelain everywhere?' And they said, 'We were used to it.'"

When the Morse was first offered the collection, Thalheimer says their initial reaction was to wonder whether they fit into the museum's mission. "They've got really great pieces here, and they're beautiful, but we're an American art museum," she says.

"But the more that we thought about it, if you look at any period picture from that time period, the interior decorations, they all had blue and white then in their homes, every single one of them. It was such an important statement during the time coming out of the Civil War, escaping into this exotic world, and looking to other cultures for sanity and for a kind of peace." After our own year of trauma, that's an aesthetic impulse we can all empathize with.