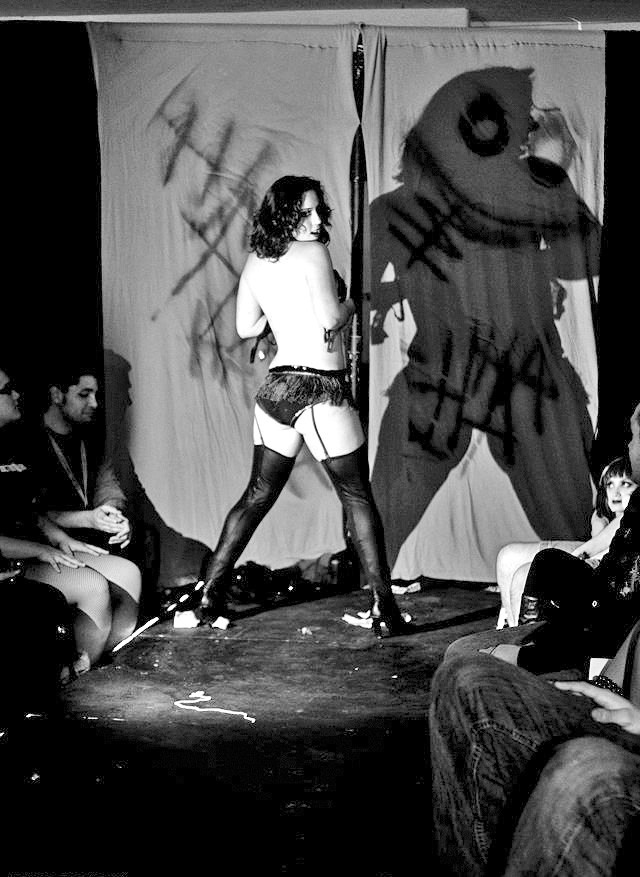 4 Truths and a Lie

Ex-Orlandoans Audrey Kearns and Brian Bradley hit it big in Hollywood; now they're back telling (mostly) truthful tales with a rotating team of local celebs (including OW's Steve Schneider).

Blood Sisters the Musical: In Concert

This original piece about a matriarchal African-American family features Broadway-credited director Marion J. Caffey and a cast of strong-voiced women.

Blue & Tod: Too Drunk to Fringe

The founder of Varietease and the creator of last year's Suckers (which I helped produce) might be too drunk to Fringe, but this powerhouse pair are never too inebriated to present an intoxicating cabaret.

Martin Dockery's previous manic monologues (Wanderlust, The Bike Trip, The Holy Land Experience) were excellent examples of the absurd, and his latest tale of the afterlife appears equally surreal.

Logan Donahoo (last year's Trash Cinema 101) and a cast of dozens stage the campy cult musical from the creators of South Park and Book of Mormon.

Scott Whittemore's one-man ukulele musical about grief and Christmas sweaters promises to be offbeat and uniquely personal, exactly the qualities I look for at Fringe.

Eleanor O'Brien journeys to Orlando from Oregon to impart wisdom from her adventures in NYC's S&M scene, giving us her Good Girl's Guide to sex work for fun and profit.

Bernie “O'B.” O'Brien (no relation to Eleanor) is a favorite recurring Fringer whose natural storytelling skills have sharpened into a superb stage presence over the last few festivals.

Kirikou and the Sorceress

The Orlando School of Cultural Dance's exuberant African choreography is always infectious; I'm excited to see how they channel that energy through a magical folktale.

Cirque du Soleil-trained Canadian clown Sandrine Lafond looks and moves like something out of David Lynch's nightmares (and I mean that in a good way).

T.J. Dawe is among the top monologians on the fringe circuit for good reason; if his new spiel about shamanic medicine is anything like his last half-dozen shows, it will be a huge hit.

Viet Nguyen's Reincarnation Soup was among my top picks of 2010; his newest retells an ancient Asian fable through physical storytelling and masks.

Two years ago I fell in love with the cartoon-inspired nonverbal comedy of Tokyo's Miss Hiccup, and now she's back and accompanied by two additional living anime characters.

From 6 Guitars to Superman Drinks, Chase Padgett's solo shows keep getting better and better; casting him as “guitar prodigy” doesn't seem like much of a stretch.

This Kentucky-based comedian's brand of sculpted stand-up has stood out in the past, and now he's adding skillful singing and strumming to his set.

A last-minute cancellation allowed my favorite local nerdy exotic entertainers into the festival, and they'll be undressing in a different fandom-inspired theme at each show.

Prolific piano man John deHaas (Halloween the Musical) has been backstage at almost every attraction. He put his insights into this satire, which he co-wrote and composed; it was first a hit 15 years ago.

I first saw the award-winning sonic wizards of Toxic Audio at Fringe a decade or so ago; it's great having them back where their success started.

The Worst Show in the Fringe

Backstage critic-bashing from first-class comics Eric Pinder, Will Hagaman and Meghan Moroney, and the co-writer of last year's My Monster who wasn't on MST3K.