Opioid epidemic 'Impacts Us All,' in new documentary to premiere in Winter Garden

Screenshot via It Impacts Us All/YouTube
David Siegel lost his 18-year-old daughter Victoria to a drug overdose in 2015.
The West Orange Healthcare District and the Public Good Projects, a public health nonprofit, have made a documentary about the opioid epidemic called It Impacts Us All. The film premieres at 2:30 p.m. Monday, Feb. 3, at the Garden Theatre in Winter Garden.

The still-raging opioid crisis has devastated communities across the nation. Florida – known for the “pill mills” that attracted people to places like Central Florida for prescriptions with minimal interactions with a doctor – has been hit especially hard. Lately, opioid synthetics like fentanyl have contributed to a spike in Orange County's drug deaths.

Screenshot via It Impacts Us All/YouTube
"I think the title of the documentary is perhaps the most fitting of any title we could come up with," Orange County's director of public safety Danny Banks told the West Orange Times & Observer. "It impacts us all, and that truly is what we see, particularly in Orange County. The opioid epidemic has impacted every race, every religion, every socioeconomic background – from rich to poor, white to black, anyone. That epidemic has hit us all."

Doors open for the screening on Monday at 2 p.m. After the film, a demonstration will be given on how to properly administer Narcan (naloxone), a nasal spray that reverses opioid overdose, followed by a panel discussion with local experts on the impact on opioid addiction on communities. 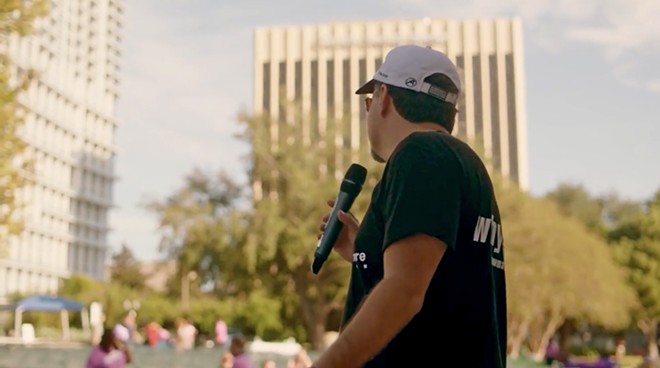 Screenshot via It Impacts Us All/YouTube
Stay on top of Orlando news and views. Sign up for our weekly Headlines newsletter.