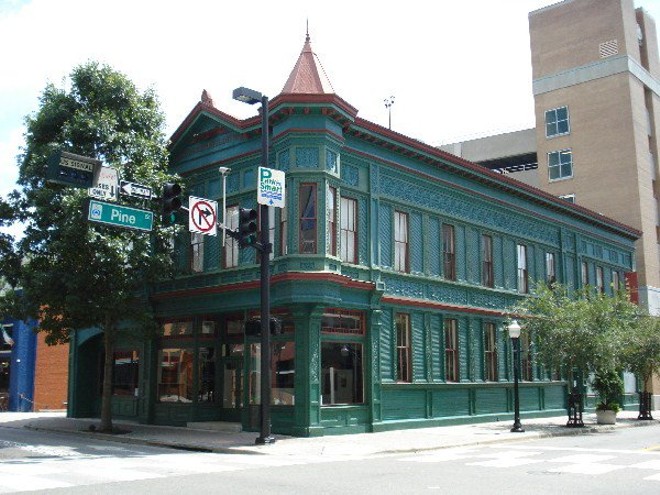 Photo via the City of Orlando
The Rogers Building, an incredibly cool 130-year-old Victorian structure in the heart of downtown Orlando, was just donated to the City under the condition it be used for the arts for the next 20 years.

"The city has worked hard to incorporate arts into everything we do as a community and to increase these types of cultural offerings for our residents and visitors," said Orlando Mayor Buddy Dyer in a statement. "We are grateful for this generous donation from Ford and how it will continue to further our efforts growing our burgeoning arts and culture scene."

Built in 1886 by Englishman Gordon Rogers and investors, the building, which sits at the corner of Magnolia and Pine, will officially be renamed to the Rogers Kiene Building.

"The Rogers Building represented an opportunity to reawaken and restore a piece of downtown history," said Kiene. "It is with much enjoyment and pleasure that I yield ownership to the City of Orlando, as they have such a deep commitment to the arts as well as historic preservation. It will be a gathering place for the arts in Orlando."

The building is currently managed by the Downtown Arts District, which oversees the Gallery at Avalon Island and its monthly art shows, music and film presentations. The DAD's management agreement runs through June 30, but after that, changes may be made in who and how the arts are presented in the building.

Barbara Hartley, executive director of the Downtown Arts District, spoke to us vie cell on her way to Tallahassee. (A bus full of stakeholders in Central Florida’s arts and cultural community are on their way to the Capitol to press the flesh with the Legislature.)

"It's definitely going to continue as an arts venue," Hartley assures us. "[Kiene's] vision has always been to have the [the building] activated for the arts, and he's been happy with what we've done."

"I think that's why he never sold it," Hartley says.

While there are these assurances of "art and jazz music" in the building's future, and Hartley says the building will continue to be an important part of the Downtown Arts District, we can't help but worry about possible changes to exactly what kind of art and music and film will happen there in the future. In the past years, Gallery at Avalon Island has been a beacon of contemporary vision, breathing new and rigorous life into a sometimes pedestrian scene and attracting nationally and internationally renowned artists to Orlando. It would be a shame to lose the ground that's been gained.