Is Universal's Marvel contract enough to keep Black Panther's Wakanda out of Epcot? 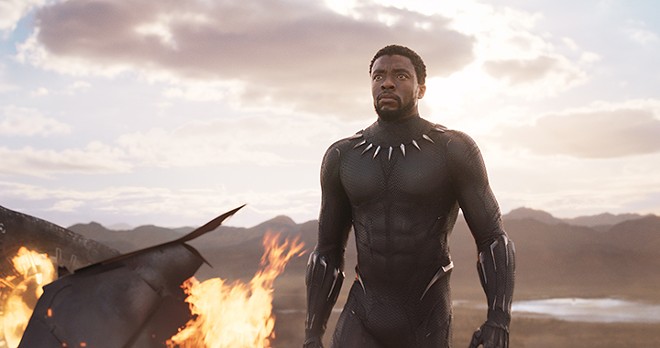 Now having earned more than a billion dollars at the global box office, Black Panther is a blockbuster hit beyond anything Disney had prepared for. The lesser-known Marvel character has been catapulted to the forefront of Disney’s Marvel plans. Disney has greenlit a Black Panther sequel with a 2021 planned release, and now it looks like this might be the character that Disney uses to fight that airtight Islands of Adventure contract that Universal Studios holds.

Numerous insiders are pointing to Epcot’s Wonders of Life pavilion as the future home to a Black Panther-themed pavilion. In recent weeks the pavilion roof was inspected and cleaned, including the areas not visible to the general public. Also, the chairman of Walt Disney Parks and Resorts, Bob Chapek, was spotted with a group of executives walking into the pavilion. Then it broke that the pavilion would no longer be home to the festival center as it has been for years. All of this seems odd for a pavilion that officially closed more than a decade ago.

Image via Scott Gustin | Twitter
In artwork released last summer showing off the reimagined Future World, the gold-domed Wonders of Life pavilion was easy to spot in the upper right corner, so Disney does seem to be planning to keep the building. Some had theorized that this would be the location of the upcoming Space-themed restaurant, but that project seems to be going closer to Mission: Space in an entirely new building.

Now the story gets even odder regarding the Wonders of Life pavilion, as insiders are pointing to Black Panther’s fictional home country of Wakanda as the future sponsor of the pavilion. The renderings of Future World released last year show large tree-filled park-like areas where the Innoventions buildings are currently. Since Epcot opened in 1982, there have been science center-like exhibits filling these two entrance halls. The new Wakanda pavilion would keep this theme, with numerous STEM-focused exhibits similar to the community centers mentioned in the film.

There might be one glaring absence in the new pavilion, though, thanks to Universal Studios. The Black Panther is featured in at least one piece of artwork in Marvel Super Hero Island at Islands of Adventure, which many take to believe this indicates that the character is off the table for Disney altogether. But this may not be the case. Industry insider Jim Hill has now stated that Disney seems to be pushing Universal on this reading of the contract. Negotiations between the two companies regarding the rights to the Marvel characters are ongoing, but some believe there may be some movement toward an updated contract, or at least a refining of the current contract, in the coming months that would open Disney World to be able to use certain Marvel characters that have a less prevalent role at Islands of Adventure.

Just next door to the Wonders of Life pavilion, Disney is pushing the limits of the agreement with a new Guardians of the Galaxy roller coaster. Those characters are not featured anywhere within IOA’s Marvel Super Hero Island but will soon share screen time with characters that are.

There have been various attempts by Disney to introduce certain Marvel characters into the Orlando parks already, including a Dr. Strange meet-and-greet, numerous Guardians of the Galaxy character interactions, and an Iron Man monorail (though the monorail never technically entered a theme park since it was only in the Resort loop and not the Epcot line). The one detail that all of these attempts seem to share is a lack of a Marvel logo and branding.

While it's highly unlikely that we’ll see anything from the Avengers, X-Men, Spider-Man and Fantastic Four franchises coming to Walt Disney World anytime soon, if ever, many of these lesser-known Marvel characters seem just as appealing to many guests. But unlike Guardians or Dr. Strange, Black Panther does have a presence at Islands of Adventure; the question now is ‘Does that tiny piece of artwork really matter?’ Even if it does, is that enough for the large universe of that character to be blocked from any theme park use in Florida by Disney? The answers to those two questions are what will determine if Epcot gets one of the biggest film franchises in recent history.

Two options seem to be on the table regarding Wakanda within Epcot. The first involves a pavilion where real-life tech is showcased in interactive exhibits with the Wakanda theme as a backdrop to the pavilion. Here there would be no presence or even mention of Black Panther aside from, possibly, gift shop items. A second option would entail Universal agreeing that characters which appear in a limited capacity within their land can be used, at least in part, at Walt Disney World. A Black Panther meet-and-greet, similar to the one found at Disney California Adventure, would certainly be included then. If the new understanding of the contract allows for it, the Wakanda pavilion might even include a future ride, possibly using the Body Wars location but with new simulators similar to the ones recently debuted at Tokyo DisneySea. A walk-through attraction, similar to the Marvel one Disneyland Hong Kong has, may also be included.

There seems to be a rush to get the new pavilion open with some insiders indicating that we could have something in place by this time next year, if not earlier. This new pavilion would provide an important addition to Epcot, which will see many closures in the coming years as part of its multi-year reimagining, which is rumored to be costing well over a billion dollars. For though, the closest you'll get to Black Panther in Orlando is a bleached, postcard-sized mural at Islands of Adventure.