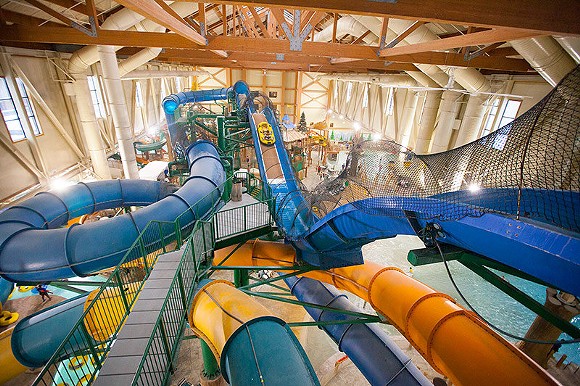 Details of the new 50 acre resort haven’t been released, but most Great Wolf Lodges feature similar amenities. The central focus of the resorts is the large indoor water parks designed for families, featuring slides, children’s areas and other amenities that most other local water parks include.

While the current 12 locations for Great Wolf are in colder climates, the company is planning to open one near Disneyland in Garden Grove, California within the next few months, as well. That location includes 600 rooms ( with space for 200 more) and an indoor/outdoor 110,000 sq. ft. water park with 14 slides. 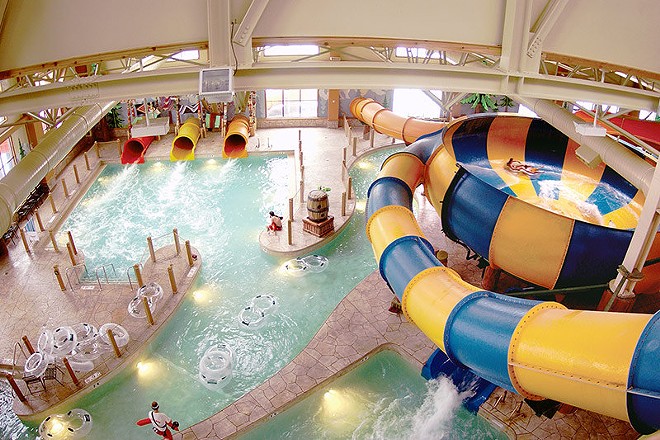 Photo via Great Wolf Lodge
The Orlando location will be largest Great Wolf Lodge when it opens. The location here will likely include the ice cream-themed Scoops kids’ day spa similar to the popular Bibbidi Bobbidi
Boutique that has multiple locations at the nearby Walt Disney World.

Great Wolf Lodge will target similar demographics as the popular Nickelodeon Hotel. That nearby family resort opened a decade ago and has continually proven to be one of the most popular off-site options for families visiting the Orlando area. While both Nick Hotel and Coco Key, among other resorts, offer impressive on-site water parks, Great Wolf will be one of the first to offer the majority of its water park and other on-site options in an indoor setting.

Based on former construction timelines, the Orlando resort will likely take 18-24 months to build placing the opening date in the 2017/2018 range. The resort is currently in the very early stages of planning with few details released.