From the FM airwaves to comedy club stages, Orlando stand-up Ryan Holmes is a busy man 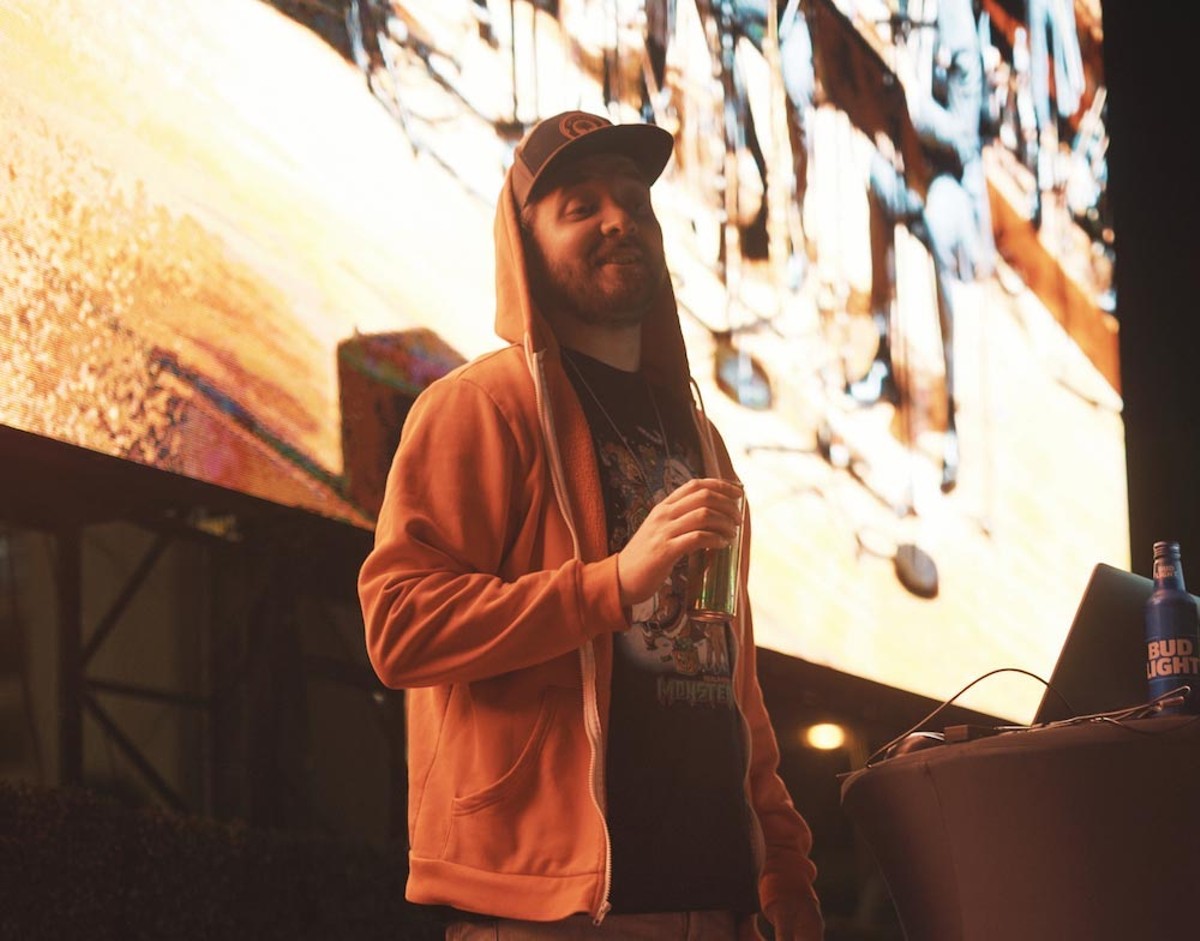 Take a page from Ryan Holmes' book: Embrace your flaws.

"I had to become OK with my terrible taste in music very early on and accept that I'm not going to like the cool music. I'm going to like the bad music that I like. And you know what? I'm happier for it," Holmes explains, while indulging in a buffalo chicken wrap with habañero sauce, the second hottest sauce available at Maitland's Copper Rocket.

Holmes is an Orlando-based stand-up comedian who in 2019 landed a regular gig on Real Radio 104.1-FM's "Monsters in the Morning" radio show, a popular program that has been on the air since the mid-1990s.

During a recent episode, he bragged about being a Lit fanboy and snapped to correct a co-host who thought Lit would be playing at Welcome to Rockville in Daytona alongside Metallica and Slipknot.

"No, Lit will be at the Leesburg Bikefest," he quickly corrected.

Holmes' attention to detail is applied across the board. He's that lifelong learner type who takes every opportunity to absorb information. Yes, he knows what time Lit took the stage in Leesburg last month. He also gets down with quantum physics, because why not?

To break down the difference between his experiences doing stand-up and radio, he pointed to electrons: "I feel I'm observed differently if I'm freestyling at the mic and I don't think anybody's phone is out compared to if I'm being recorded on the air. Electron particles are either a wave or they're a point, but it's all depending on how you measure. Same with these different forms of comedy. I want to be a wave, not a particle, you know what I mean?"

We do, and it sounds delightful.

With Holmes, the conversation can go in any direction at any given moment: flights of fancy, cynical observations, heartfelt empathy for strangers in the immediate vicinity. At times he pretends to suffer from arrested development — "I'm a 6-foot-4 toddler. And that's how I roll" — but all signs point to an actualized person.

A discussion of the state of comedy is revealing.

"There are people who can show up to an open mic every now and then — you've got your Preacher Lawsons, your Vince Taylors, your Ken Millers. They are into the craft and understand comedy as an art form. But then there will be a random dude that comes in who doesn't realize what he's saying is racist. Or uses the forum as an excuse for being a douchebag," says Holmes.

"Like six or seven years ago, I was dating an actress. She was in this play in Sanford and told me about a guy in the cast who was being really mean and shielding himself by saying he was a stand-up comedian. I had never seen him out at a show or a mic. People like that give comedy a bad reputation."

So Holmes is a standard-bearer in a sense, which plays into his persona on "Monsters in the Morning." The show as a whole can be pretty testosterone-driven, filled with rambunctious storytelling and bawdy commentary. Holmes brings a certain grace and smarts to the table — particularly in his "King of Denmark" segments — patiently stitching together loose ends to create a sense of wholeness to the runaway dialogue. He does so almost undetected.

With Holmes on deck, there's a reasonable boundary on raucousness. But don't get the wrong idea: Holmes is mindful, but he is also hilarious and versatile. His recent impromptu set at the Dreams Lounge open mic — where he did a flawless impression of Vince Taylor — was unforgettable. He brings out crowds to Dr. Phillips Performing Arts Center for Wednesday night trivia on the front lawn every week. His new podcast with Charlie Bowie and Sean Finnerty, streaming on Facebook (look up "Comedian Ryan Holmes"), is called "Legends of Pregame" and is definitely worth a listen.

So what's next? (If anything else can even fit on that crowded a plate.)

OW: Do you have ADHD?

Do you believe in therapy?

Do you consider Steve Jobs a fashion icon?

Is Gloria Estefan your greatest hero of all time?

Her 'Greatest Hits' album — hit for hit for hit down the line. I will put that album up against any other albums for real right now. I'm being absolutely 100 percent serious.

Do you wear the same favorite jeans until they fall apart?

I just ask myself: What ugly T-shirt and what old pair of jeans am I going to wear? And then I spend way too much time thinking about it. If I could just wear the same thing every day I would, but people get weird about that.

Are you a penny-pincher?

Like, when you go from having no money to having money ... I do a program called FIRE, which stands for "financial independence retire early." I don't buy anything. I'm the most frugal, ridiculous person in the world.

Will you let us see the video of your very first comedy set?

It would be like showing you my fungus toe.