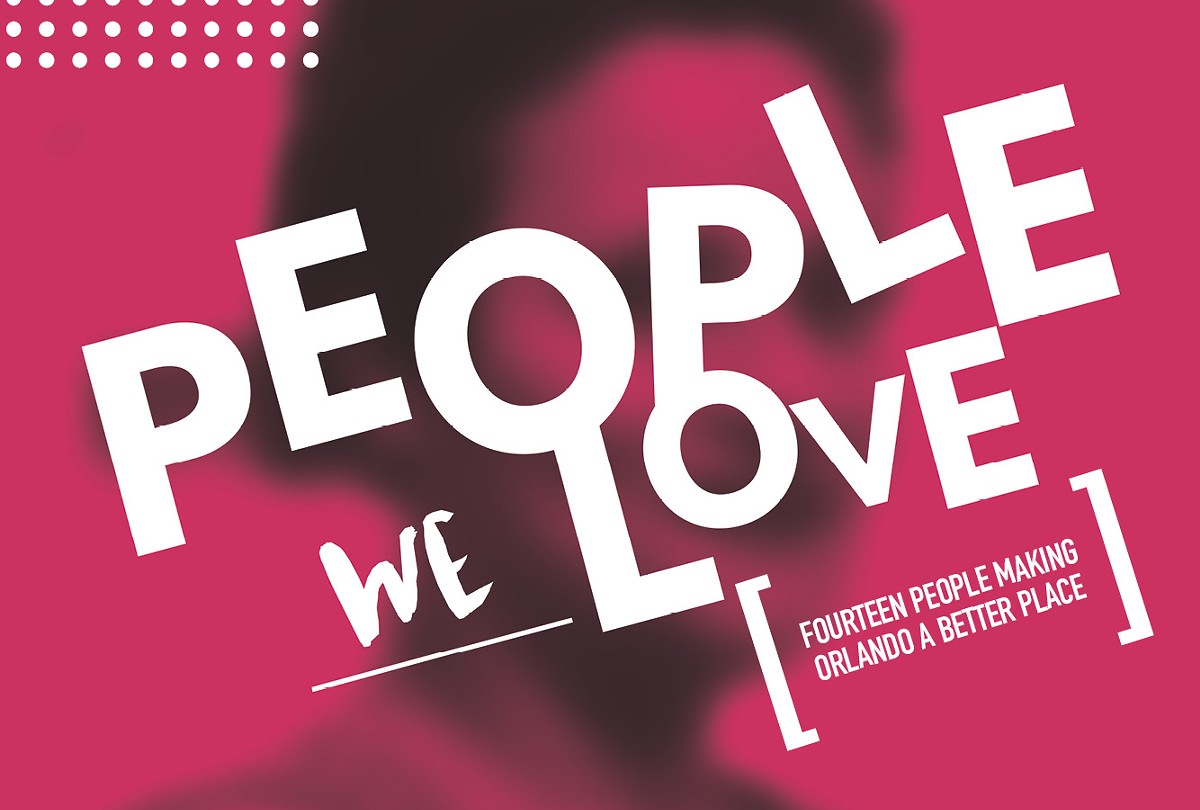 In what we hope will become an annual tradition, we'd like to introduce some of the people who improved our lives this year. Orlando is a continually self-renewing organism, its strong core constantly refreshed by new people, new ideas, new growth. In a reflection of this city's population, some of our honorees are multi-generation natives; many are fairly recent transplants. And they run the gamut from city employees to artists, college professors to activists. All are restless overachievers accomplishing extraordinary things and enriching the life of the city.

With recent headlines too often focusing on trouble and strife, these 14 inspiring people are here to show that good things can and do happen right here in our own backyard. If you've ever gaped in awe at the magical live shows inside Diagon Alley, gone "awww" over E.T. flying across a curtain of water, or shrieked "aaah!" at a scareactor, you've got Michael Aiello to thank (or blame). Twenty years ago he was shouting at rubber sharks; today he's senior director of creative development at Universal Orlando and the mind behind Halloween Horror Nights, proving that passion and kindness can coexist and even thrive in the corporate theme-park universe.

Born and raised in Pine Hills and Apopka, Aiello says theme parks have been a part of his life from the very beginning. "Universal was important to my family because my grandfather was one of the inspectors for the Studios while it was in construction, so I was here before grand opening and walked down Hollywood Boulevard when it was a dirt path. I have an ingrained history here, even before being an employee." Likewise, his love of horror and haunted houses is generational; Aiello's father, a retired lieutenant with the Orlando Police Department, controlled security for Terror on Church Street, which "formed my love for the application of the haunted event."

Aiello got hired at Universal in 1996 at age 17 for a summer job as a Jaws skipper and loved it. Instead of completing a degree at Valencia, he auditioned for the now-closed Nickelodeon Studios. After playing everything from a Blues Brother to the Grinch, Aiello expanded into writing and directing, moving up even without that degree. "Universal's been my education," he says. "I've been here my entire professional life, always trying to try new things, [and] this company has allowed me to grow."

Aiello also grew up attending Halloween Horror Nights, and has been creatively involved with Universal's annual event since 2003, helping it expand from a local phenomenon to a global brand, and earning 9 consecutive Golden Ticket Awards. Masterminding HHN means bringing to life favorite fright films from his childhood like American Werewolf in London and The Exorcist. Beyond the boos, Aiello spearheaded the award-winning street shows inside the Wizarding World of Harry Potter.

"Being able to live in those worlds is amazing," he says. "We are fans of the things that we create. It's never just a job."

When able to escape Universal's borders, Aiello and his wife, Summer (a fellow Universal entertainer), love attending Orlando City Soccer games and taking their kids to arts events, especially Kids Fringe. "One thing I'm thankful for, my kids are growing up more within the culture of Orlando than I ever did," Aiello says. "I love the fact that I'm able to give them all the things that make Orlando Orlando."