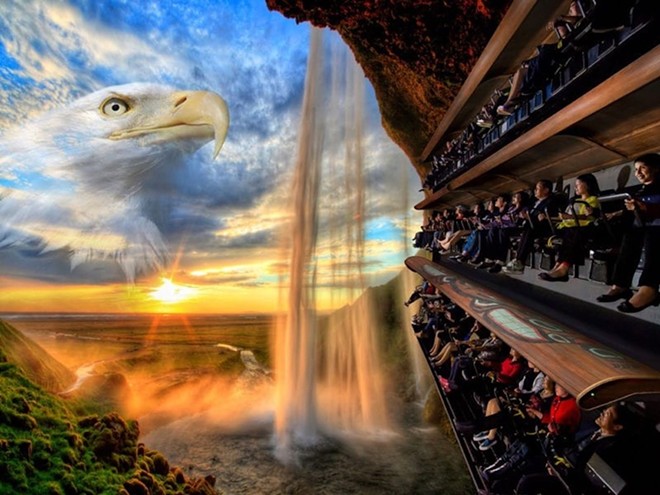 Known for their ride systems used on Disney’s Soarin’ and their Test Track system, Dynamic Attractions has a long history of impressive, innovative ride systems, including multiple ones throughout Orlando. Dynamic Attractions has now contributed to more than 50 rides around the world, 22 in the United States alone, most at top-tier theme parks like Disney, Universal and several Middle Eastern parks. 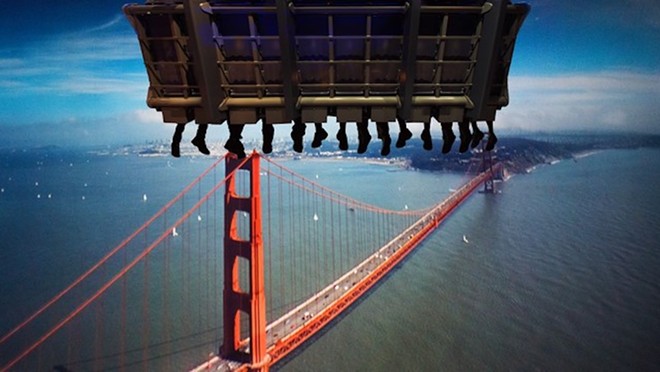 At the same time, the steel industry has continued to see years of decline. In 2018, leading steel producer U.S. Steel – who at one time was also a primary investor in the amusement industry, thanks to their heavy involvement with the creation of Walt Disney World – saw their stock drop by more than 50%.

"We leverage what we do best, making the world’s best rides, for an ongoing piece of the action."

With steel becoming a less reliable industry, Empire slowly wound down its steel fabrication operations, noting that it is “low margin.” Now, with 95% of the company’s total revenue coming from Dynamic Attractions, the company has confirmed it is leaving the steel industry altogether to focus exclusively on its growing presence within the amusement entertainment industry. Along with the updated focus, Empire Industries will also embrace the Dynamic name, transitioning from Empire Industries to Dynamic Entertainment.

In announcing the new name and focus, CEO Guy Nelson noted to shareholders:


“Our new name reflects the company that we have evolved into… Our roots of over 90 years in the steel fabrication industry have served us well. We cut our teeth building complex mechanical systems in very remote locations. We learned how to make things that must keep running all the time. That is what our DNA brings to the entertainment industry. It makes us unique among the competition…

Everything we have done in our company’s history has brought us here and prepared us for this moment in time. The attractions industry is entering its golden age, with growth occurring on virtually every continent. Dynamic Entertainment is just getting started and our expanded prospects have never been stronger.”

The first such co-venture will be a new flying theater attraction coming to Pigeon Forge, Tenn. By co-owning the attractions, Dynamic will be able to not only benefit from the contract for designing it but, as stated by Empire earlier this month, the new co-venture attractions will provide the company with “stable, long-term, recurring and growing revenue and profit.”

"The concept is simple," said Nelson on a company call. "We supply our world-class rides in order to co-own attractions with local tourist operators. By doing this, we trade-off receiving one cheque, for an ongoing stream of revenue that will occur year after year. We leverage what we do best, making the world’s best rides, for an ongoing piece of the action."

Dynamic Co-Ventures is also viewed as a way for the Dynamic brand to become more of a household name, while also providing the company with a path to expand beyond the limited number of high-tier parks. Midway attractions are those which stand alone along major corridors in tourism districts. 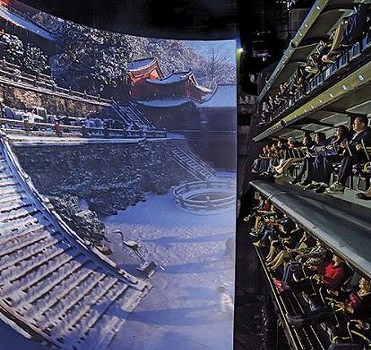 Photo via Dynamic Attractions
Orlando’s Ripley has seen considerable success in this market with its odditoriums, aquariums, and other attractions. U.K.-based Merlin has been quickly growing its U.S. offerings, including Orlando’s Madame Tussauds and Sea Life Aquarium. Most operators don’t have the finances or knowledge to compete against the growing presence of Ripley and Merlin, partnering with Dynamic could provide these operators a better chance of doing so. It will also help Dynamic to become more recognizable among non-industry folks.

Empire Industries will slowly roll out the new Dynamic Entertainment name over the next year. The company's renewed focus on entertainment will lead to even more opportunities for the Orlando based Attractions Development Center. Across all of Dynamic Entertainment’s companies’ current contracts have more than two years of work already lined up for the company with more deals in the works.