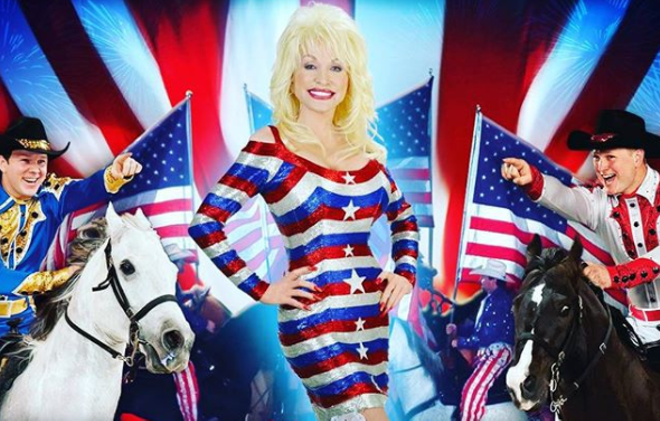 Image via Dolly's Stampede | Instagram
In an attempt to keep up with changing attitudes, Dixie Stampede, the iconic dinner show founded by Dolly has dropped ‘Dixie’ from its name.

In a written statement announcing the change, Dolly Parton is quoted as explaining that the dinner show company, World Choice Investments, recognizes “that attitudes change and feel that by streamlining the names of our shows, it will remove any confusion or concerns about our shows and will help our efforts to expand into new cities.”

The shows are now branded as Dolly Parton’s Stampede.

The press release was mostly focused on the company’s hopes to expand into new markets. Currently, WCI manages two Stampede dinner shows in Pigeon Forge, Tennessee and Branson, Missouri while the former Myrtle Beach, South Carolina location was transformed into a pirate-themed dinner show a few years back.

Dixie is a term that has fallen out of favor in recent years as the tourism industry struggles to evolve with the times. In 2001, Walt Disney World rebranded its hotel Dixie Landings as part of Disney's Port Orleans Resort and renamed Colonel's Cotton Mill to the Riverside Mill. Six Flags has also moved to downplay the Southern heritage it once celebrated. The Monster Plantation ride at Six Flags Over Georgia was updated and renamed Monster Mansion in 2009, and the Confederate flag (one of the six flags that have flown over Texas the park chain is originally named after) was removed from a flag display at Six Flags over Texas.

The change at Dixie Stampede hasn’t been universally received with open arms. The official website for the dinner show had a link to a twitter account, @DixieStampede, that was against the change. That account, which was opened this month, has its bio stating “Always be proud of your Southern Heritage” with a photo that says “American by birth, Southern by the grace of God.” By Monday the link was changed to a different account, @DollyStampede, that hasn’t posted any mention of the name change but is fully branded with the new name. The site also links to a Facebook page that now looks to be deleted. 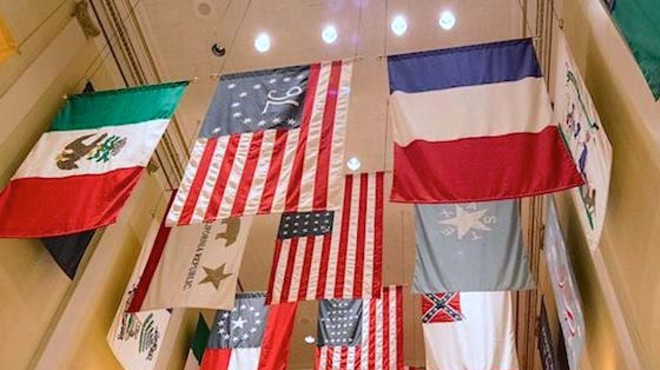 The Knox County Mayor Tim Burchett spoke out against the change, as well. In speaking to the Knox News Sentinel, he is quoted as saying; “What's next? Are we going to change the name of Dixie cups and the Dixie sugar company? You know, I just hope they don't change their Christmas program.” The Christmas program is a Christian focused show the includes a living nativity and religious hymns.

Director of Media and Public Relations, Pete Owens, confirmed that other updates would be coming to the show that downplays the Civil War as “a friendly and fun rivalry” where sometimes the South is allowed to win. No details on what those updates will entail were shared.

This past fall, Slate published a scathing review of the show where the African-American author called the show tone-deaf and an attempt to “make-believe” that “the South is not built upon the foundation of slavery.”

There’s no word on what the future holds for Dolly Parton’s Stampede, but it does look WCI is looking to expand into new markets.

“There is interest in several parts of the United States and internationally to host one of our unique dinner attraction shows,” Jim Rule, World Choice Investments CEO, said. “We provide spectacular family entertainment at a great value. We continually listen to our guests and our desire to expand coupled with our desire to stay relevant in today’s changing world led us to simplify our shows’ names.”

The move to expand into new markets may mean that Orlando might once again be getting a Dolly Parton dinner show. Dixie Stampede opened on Vineland Avenue along I-4 in 2003. It abruptly closed in 2008 giving most employees no advanced notice. At that time the company mentioned they were hoping to open at a new location in the Orlando area, but that never happened.

For now, though, if you want to celebrate the “friendly rivalry” that is still the deadliest war in American history you’ll have to head to Tennessee. Just remember that Dixie is now nowhere to be seen, just like the acknowledgments of slavery and racial inequality.