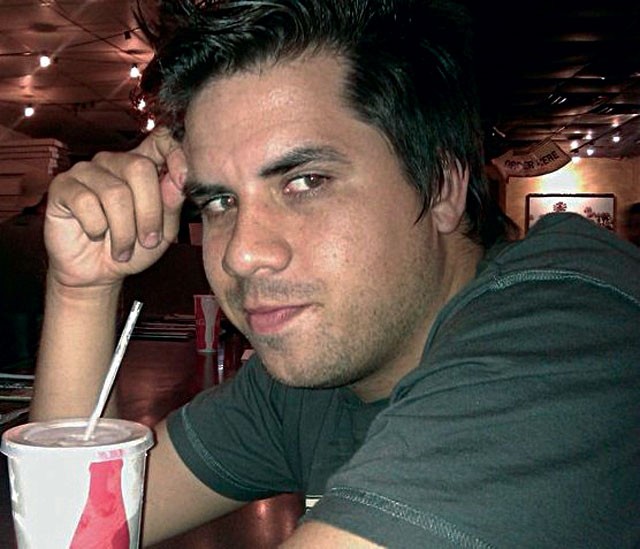 There's a misconception – mainly held by tourists – that Orlando is devoid of art and culture, but don't let Curtis X Meyer hear you talk like that. He's been highly active in Orlando arts for more than a decade, and he views himself as an ambassador to our local scene. We recently met up with him to discuss poetry at Austin's Coffee, where he hosts a weekly open mic poetry night.

Orlando Weekly: Describe how you felt when you first discovered that you were named Best Poet in the TheDailyCity.com's readers' poll.
Curtis X Meyer: It was certainly a big surprise. It was very humbling. I know my friend Tod Caviness won last year, and I was definitely humbled to be in the company of Trevor Fraser and Shawn Welcome, who are both very fine poets in Orlando as well. I think I was most humbled by the fact that it was a public vote, that tons of people that I may have never met or may have met in passing at open mics or poetry slams … voted for me, and I think that was the most humbling part. Not even that I got it, but that people voted for me. So, thank you, everyone who did.

How do you gauge the quality of a poem?
There's a hard one. I would say whether it communicates its message. Poetry is specifically heavy in metaphors and imagery and any number of devices, and I think that if it communicates its message clearly without being too murky – some people can do what we call over-writing and be too image-heavy and too murky – I think I judge … [using] sort of the "baby bear" method: if the poem is just right. If it's just … shall we say, metaphorical enough that people still understand the message that the poet is trying to convey.

Why do poetry slams appeal to you more than traditional poetry readings?
I think the sports aspect definitely causes you to pick favorites. … As an audience member you want to pick favorites – you want to see your favorite people do well. You want ultimately for the people who have the most skill to be rewarded … As a regular attendee I like to see people who are green slowly grow and develop.

How has hip-hop influenced your poems?
I remember watching Def Poetry Jam back in the day. I remember I wanted to have some sort of MC stage presence. I remember watching poets who, without a [note] of music, could hold down a stage. The word MC means "master of ceremonies" … and a ceremony is where we get the word "sermon." It's a place of holy gathering, and I think anyone who presents themselves at the mic at their best, whether they have music or what have you to back them up, can be an MC.

Five presidential inaugurations in this country have had an inaugural poem, yet no Republican has had one at his inauguration. What does this say about the Republican ethos?
I think there's certainly elitism to poetry. I don't think people are necessarily looking into bars, cafés, and pubs and such, where my cohorts and I perform. I think there's a wonderful array of blue-collar poetry that's being unexposed. I think, Republican or Democrat … if people want to understand America, you would go to these places where you wouldn't expect to hear poetry. There's poetry in everything. One of my favorite poems I've ever read is about a woman getting a haircut.

As someone who is passionate about the arts, how do you feel about George W. Bush's paintings?
I've only seen two of them. They weren't bad actually, but that's actually a perfect example of our previous question. One I think he was in the shower. It's something everyone does. There's poetry and beauty and art in the most mundane, if necessary, tasks that go unaddressed.