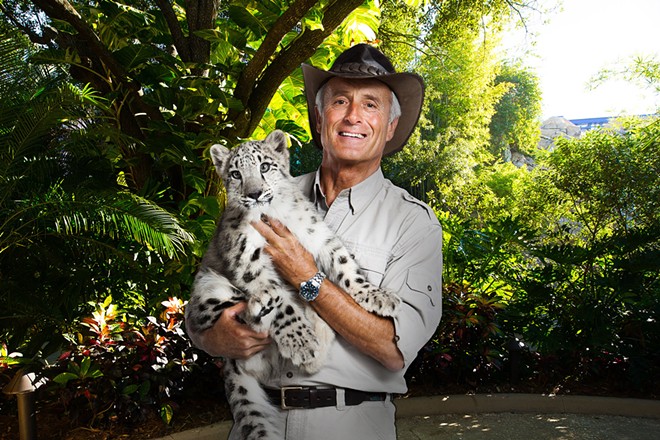 Photo via SeaWorld
Many know Jack Hanna from his television appearances, but his connections run deeper  in Central Florida.

After a long career that saw him exploring some of the most remote parts of the planet and helping revolutionize modern zoological facilities, Hanna’s family confirmed he was retiring from public life due to struggles with dementia. In a letter shared by the family, they explained that his condition, believed to be Alzheimer’s disease, has progressed faster than anticipated over the past few months.

Hanna made a name for himself while leading the Columbus Zoo, where he served as the Executive Director for fourteen years and remained active until his retirement last year. Before moving to Ohio, Hanna worked at the Central Florida Zoological Park in Sanford.

The zoo began as a small collection of animals held by the local fire department. As the collection grew, a permanent location on the shores of Lake Monroe in downtown Sanford was developed. The small site included a pond with an island of monkeys and various animals in tiny cages, some decades old.

This changed in 1975 when the zoo moved to its current location. The 106-acre site, donated by the county, saw one of Central Florida’s first modern zoos developed on the site. At the helm of the zoo was Hanna.

His time at the Central Florida Zoo only lasted a few years with the family moving to Columbus in 1978. While today Central Florida has numerous high-quality children’s hospitals, that wasn’t the case in the 1970s when Hanna’s daughter, Julie, was diagnosed with leukemia. That is part of what caused the Hanna's to move to Ohio, where Julie would be able to receive treatment at the Columbus Children’s Hospital.

The move to Ohio allowed Hanna to work with another local zoological group that had fascinated him since his honeymoon in 1968 when he visited Busch Gardens. SeaWorld Ohio was just two hours from the Columbus Zoo, and as Hanna worked to drive attendance to the zoo, he marveled at the work that was happening at the marine park. 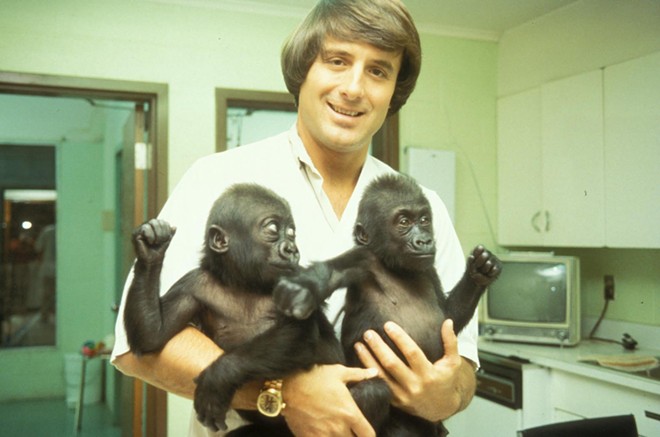 Image Jungle Jack Hanna | Facebook
Jack Hanna with the two gorillas that launched his career in television
Five years after moving to the Columbus Zoo, two gorillas were born.  Good Morning America featured Hanna and the gorillas. Hanna's on-camera charisma was an instant hit and he quickly became a leading voice for animal awareness.
As his fame increased, Hanna remained dedicated to bringing awareness to issues facing animals and to the facilities caring for them. He was a frequent guest of honor at fundraisers for the Central Florida Zoo and has served as an ambassador for SeaWorld Parks for more than two decades. In the late 1990s, just after Hanna was rated as one of the most beautiful people alive, Busch Gardens and SeaWorld Parks installed Jack Hanna-themed exhibits. 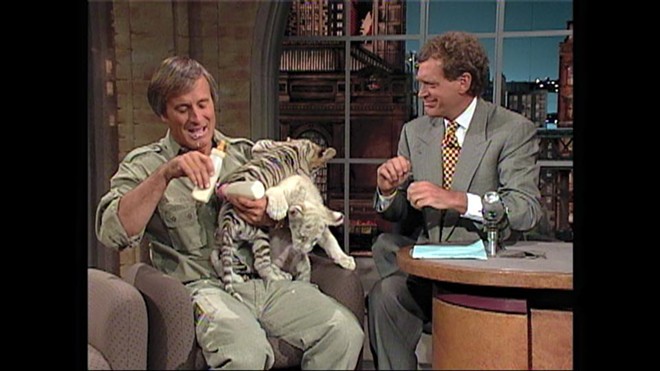 Image Jungle Jack Hanna | Facebook
Jack Hanna on The Late Show with David Letterman in 1994
To Hanna, the ability to work with one of the facilities that had inspired him from his earliest days in the profession was always viewed as a blessing. His frequent visits to SeaWorld Parks allowed him to befriend many animal care specialists, including Dawn Brancheau.

After an orca killed Brancheau in 2010, Hanna remained steadfast in his support of SeaWorld and the parks' educational efforts. In an interview with local theme park news site The DIS Unplugged, Hanna was clear he saw her death as a tragedy but that it didn’t reflect the high-quality animal care SeaWorld provides.


“[P]eople want to know, ‘Is this a living for me?’ Yes, it’s a living, but I worked with SeaWorld way before it had anything to do with being a living. The reason I did that is because I would watch what they do. I watched the outstanding facilities they have, the trainers, the dedication.” … “SeaWorld does it the best there is, period.” Later, he continued, “if I died tomorrow, the point is, I go to my grave saying that SeaWorld/Busch Gardens are two parks that set models for the rest of our industry.”

That dedication to SeaWorld’s mission helped forge a partnership between Hanna and the Orlando-based chain. The parks would welcome Hanna, and some of his animals, multiple times per year for talks he gave on the importance of conservation efforts.

On January 26 of last year, SeaWorld Orlando hosted Hanna for their Jack Hanna Weekend. That public appearance was one of his last.