A Donkey Kong land is likely coming to Universal Orlando, but first it will open in Japan 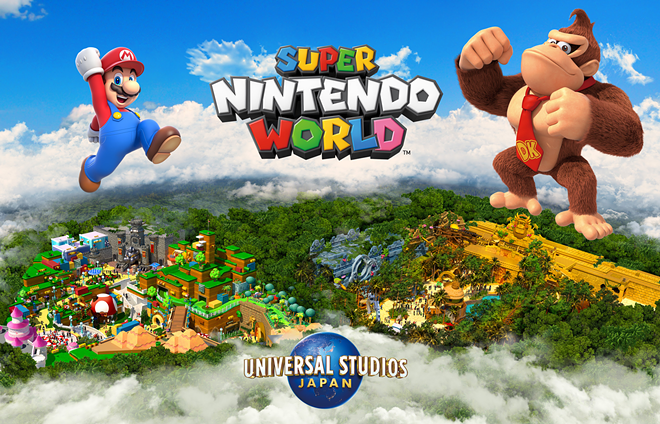 Image via Nintendo | Universal Studios Japan
Super Nintendo World has been rumored for Orlando for nearly half a decade, and since the beginning, it has included a mini-land themed to Donkey Kong. After years of speculation, Universal finally confirmed this jungle-themed mini-land is happening, but instead of Florida, the first Donkey Kong land will open in Japan.

Last week, Universal and Nintendo announced it would be expanding the Super Nintendo World at its park in Osaka to include a Donkey Kong-themed area. Aerial images of the park show the new land is already under construction despite the opening still being three years away. 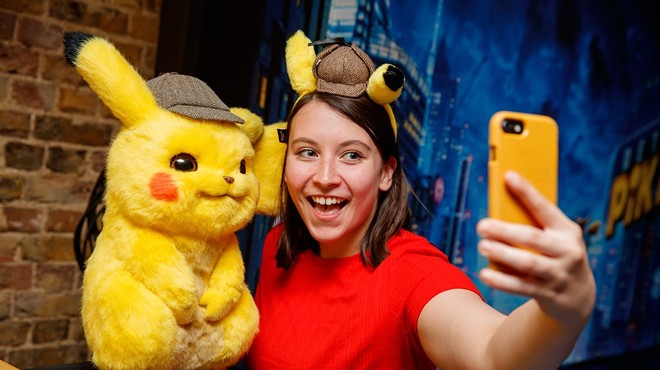 
The location of the Orlando version has moved multiple times. Leaked concept art and public plot plan documents showed the land, including Donkey Kong, was to replace Kids Zone. While no site has been confirmed by Universal, it’s now thought Super Nintendo World will be one of the opening day lands at Universal’s upcoming Epic Universe theme park. 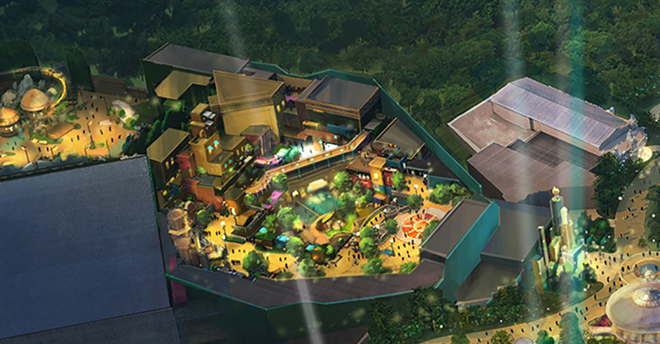 Image via NBCUniversal
Early concept art shared by NBCUniversal showing the Super Nintendo World area of Epic Universe. Despite many details missing, both the Mushroom Kingdom and the Donkey Kong areas can be seen. The Yoshi ride path can also be seen in the middle of the picture.
Universal Studios Hollywood will be getting a smaller version of the land that includes just the main Mario Kart ride, while Orlando will be similar to Japan with two major rides and an omnimover kids ride.

Two of the rides, based on Mario Kart and Yoshi, opened in Japan earlier this year. The Donkey Kong attraction is now slated to open in 2024. If Universal is true to its word of this being the world’s first Donkey Kong land, that means the Orlando version won’t open until at least then. That aligns with the speculated opening of Epic Universe of 2025. 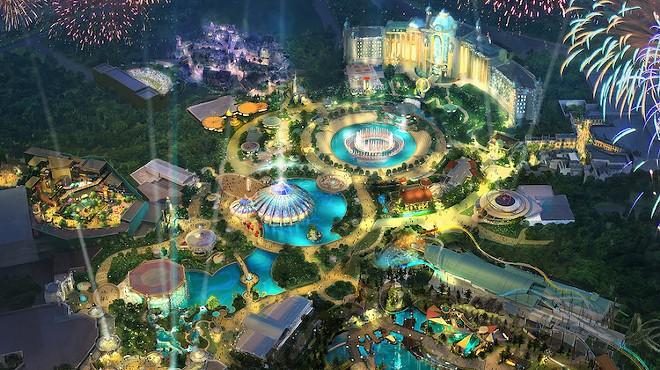 
Surprisingly, concept art of the Donkey Kong area released with the announcement last week is nearly identical to images leaked years ago. The model that was leaked is thought to have been for the now-canceled Kids Zone replacement proposal.

The anchor attraction of the mini-land will be a high-thrills mini-cart style coaster using a fake track to give the impression the ride vehicle is jumping the track similar to the mine cart levels in the Donkey Kong Country. The land will also include two interactive areas, a small counter-service food booth, and an outdoor retail stand. The Unofficial Universal Orlando Podcast | Facebook
Images leaked in 2019 of a Donkey Kong themed area. The land is now confirmed by Universal.
The confirmation by Universal that Donkey Kong is heading to Super Nintendo World is just the latest evidence that plans for the land haven’t changed since documents regarding it were leaked online more than four years ago. It’s rare for a theme park attraction to not see significant reworkings as it’s developed. The lack of updates may be due to how Universal developed this land. 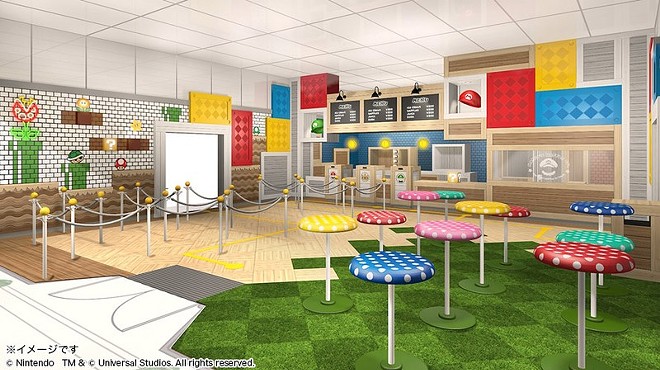 
In a cost-savings move, the company reportedly had the parts of the various Super Nintendo World lands manufactured simultaneously. It’s thought a large warehouse near Epic Universe currently houses copies of the animatronics and other ride pieces for the Orlando and Singapore lands, while some pieces for Hollywood have been delivered to that site in recent months. At Epic Universe, some of the first ride pieces to be delivered to the construction site are ones thought to be for Super Nintendo World. 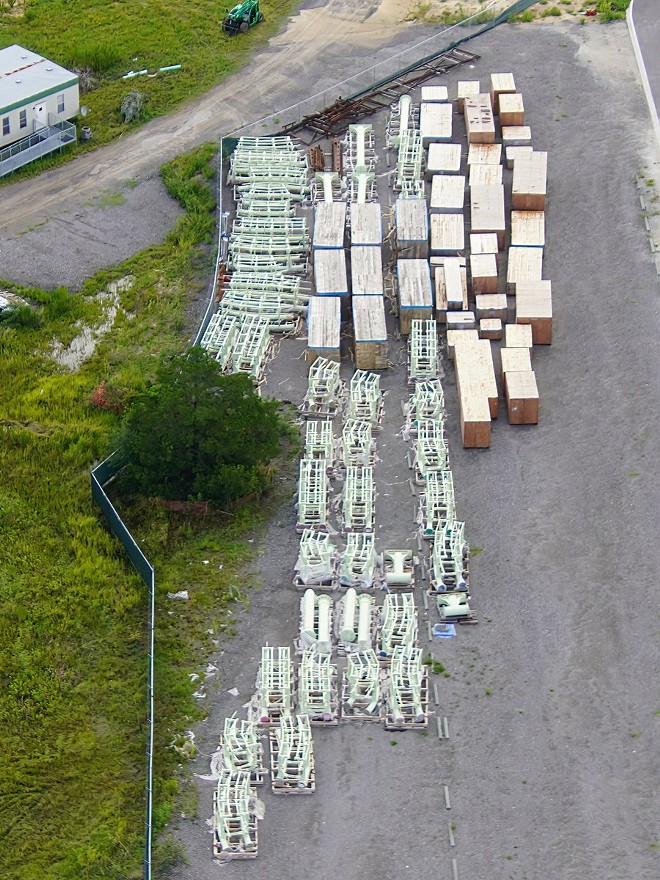 Image via Bioreconstruct | Twitter
Track identical to ones used on the Yoshi ride at Super Nintendo World in Japan is now sitting in a staging area at Epic Universe. The ride track has since been covered by blue tarps.
It’s not uncommon for parks to clone attractions. More than half of the attractions at Magic Kingdom are clones. It’s rarer to have the attraction elements all manufactured at the same time, though it’s not unprecedented. Disney did a similar move with Star Wars: Galaxy’s Edge, but both the Florida and California versions of that land opened within a few months of each other. For Super Nintendo World, it may be more than half a decade after the first land opened to when the last finally welcomes guests.

It still may be some time before Orlando gets a Nintendo land, but a preview of what Orlando will one day have is now under construction 7,400 miles away.