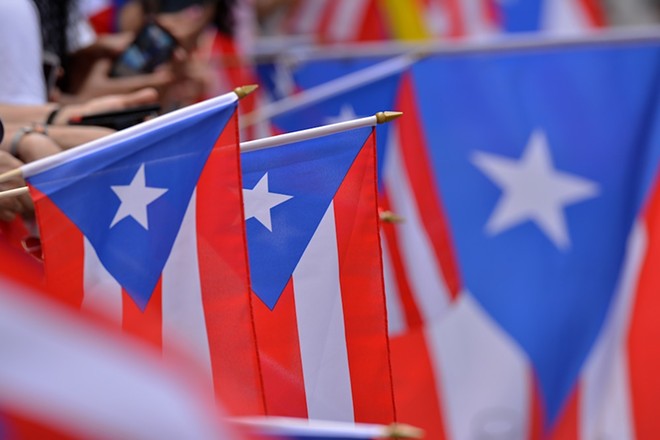 A group of Puerto Rican nurses with the Department of Health in Polk County say they have been threatened with termination for speaking Spanish on the job.

The seven nurses work at the Haines City clinic, and, ironically enough, were actually hired because they were bilingual, according to a press release sent out by Orlando-based community organizer Krizia Lopez Arce.

Mairylí Miranda, a nurse who has lived in Florida for 15 years, said in a prepared statement they made sure to speak in English with those who do not understand Spanish.

"We speak in English to the monolingual patients and staff, but we speak Spanish with each other because we think in Spanish. But one day they gathered us all together and warned us that if we continued to do so, we would be fired," Miranda, a San Juan native, said. "But there is no law that bans us from speaking Spanish."

In response, the nurses filed a complaint with human resources at the clinic and wrote a letter to the Health Department headquarters in Tallahassee.
Health department officials responded to the Weekly on Tuesday, saying in an emailed statement that they received the complaint but could not comment on a pending investigation.

"The Florida Department of Health is committed to a fair and respectful environment that is free from any form of discrimination," the statement read. "We have received a complaint and are working expeditiously to review and gather information related to this issue. Department of Health Equal Employment Opportunity Section investigators will be in Polk County this week investigating these allegation."

Community organizer Krizia Lopez Arce is gathering Latinx organizations for a press conference Monday evening at Wilson Park in Davenport condemning health officials. Alianza for Progress, Boricua Vota and Boricuas de Corazón are among the groups to be present.

Lopez Arce said Frances Santiago, a Kissimmee woman who was asked to take down a Puerto Rico flag outside her home, will also be present.

Lopez Arce cited Santiago's case as just the latest instance of the community feeling under attack.

"For me as, a Puerto Rican woman here, it’s so disgusting because we’re American citizens too," Lopez Arce said by phone Monday. "We always feel rejected in every way. In every place that we go. We need to keep fighting for good treatment."