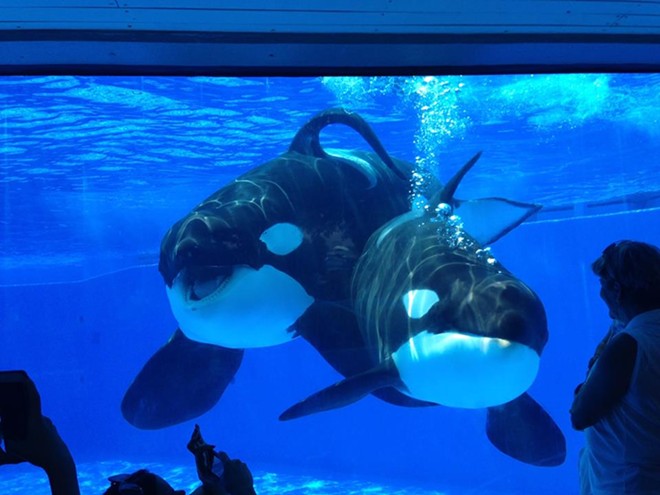 SeaWorld Parks and Entertainment took a major, albeit hard, step in their attempt to turn back the losses, which have only snowballed since the orca attack in February 2010.

The company announced in early December that it would be going through a second mass layoff as part of the company-wide refocusing. Altogether 320 positions were eliminated.

While few details have been given on the exact positions eliminated in this most recent round, SeaWorld has confirmed that 60 employees would be let go at the San Diego SeaWorld park. Many of the positions in San Diego are  or animal care-based, with six positions in education also eliminated.

The same balance seems to be true at Busch Gardens Tampa. Unconfirmed reports point to just under 30 positions eliminated in Tampa, with roughly half of them in the Zoological Department. Within 48 hours of the announced layoffs, Jambo Junction, a small walk-through animal exhibit at Busch Gardens, had closed. It sits next door to Curiosity Caverns, another now-closed animal exhibit. Busch Gardens now has five standing, but not operating, attractions in the park – including Gwazi, a wooden coaster, and Tidal Wave, a large Shoot the Chute-style water ride.

Orlando will likely see the largest number of layoffs due to the higher-paid corporate positions that are located here. SeaWorld did confirm both hourly and salaried positions were included in this mass layoff. Last month in its third quarter financial report SeaWorld reported net income was down $32 million from the year prior. The latest cuts are part of a companywide $65 million cost-cutting initiative.

CEO Joel Manby has been clear with his focus on moving away from higher-cost animal encounters, shifting instead to storytelling via lower-cost means. That shift has caused less money to go toward ride theming, international advertising and other high-cost areas.

According to SeaWorld, those who are affected by the layoffs will be provided with outplacement assistance and severance packages.