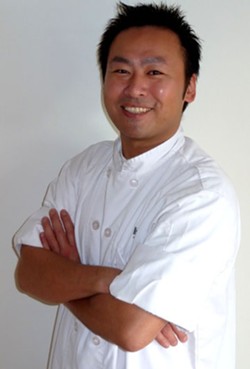 Sanford really is shaping up to be a dining-out destination.

The latest place capturing foodies' fancy in our neighbor to the north is Jimotti's Restaurant, a new venture by former Morimoto Asia head sushi chef Junichi Takazoe. Jimotti, which is Japanese slang for "local people," will open at 2545 S. French Ave. in just two or three weeks.

We reported in April on the Tennessee Truffle, a pop-up restaurant by former Café de France chef Nat Russell, opening in Sanford.