Legally Screwed with Attorney Jeff Kaufman: We the People

Question: I am sick of the politics on Facebook and want to download the Parler App, but it is not in the Apple store. Isn’t that a violation of my First Amendment rights?


Answer: My answer is based solely from a legal not a political perspective. Apple, Google and Amazon are private companies. As the law exists today, it is very difficult to force them to distribute and update an application that they do not want to.

Parler dropped an early federal case and currently has a defamation and breach of contract claim lawsuit filed in Washington State. Based on what I have seen in the filing, they might prevail based solely on the procedural terms of the contract between them and Apple.

Because of the internet and especially social media sites, we are currently living in “The Wild West” as far as the distribution of news and information. We will see if the law can keep up.

Try to “Be Excellent to Each Other,” 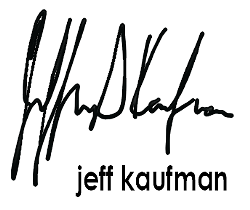 ADVERTISEMENT: Orlando Weekly news staff was not involved in the creation of this content. The statements made in this sponsored post are those of the paid sponsor and not those of Orlando Weekly.
Scroll to read more Paid Content articles
Join the Orlando Weekly Press Club

Access a New Wave of Downtown Living! MAA Robinson Has It All.

Head to these lovely Mexican destinations with Aeroméxico