Legally Screwed with Attorney Jeff Kaufman: Is It Love or Libel? 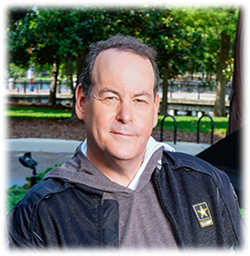 Question: My ex-boyfriend has been spreading lies about me on social media and I want to sue him for slander.

Answer: I can only assume that this is one of the reasons he is now your ex-boyfriend. Some people blame Mark Zuckerberg for this. I blame Jerry Springer.


Okay. I have good news. If what he is saying is untrue and it was printed, it is called libel. If it was spoken aloud that is slander.


The bad news is normally you must prove damages, unless it affects your professional reputation or your impugns your female chastity which, believe it or not, in Florida it is still under criminal statutes:

836.04 Defamation: Whoever speaks of and concerning any woman, married or unmarried, falsely and maliciously imputing to her a want of chastity, shall be guilty of a misdemeanor of the first degree, punishable as provided in s. 775.082 ors. 775.083.

Some more bad news. It is tough to collect on personal slander and libel judgments in Florida, but probably tougher to find a prosecutor to file criminal charges.

Have you tried eHarmony? I love their commercials!

ADVERTISEMENT: Orlando Weekly news staff was not involved in the creation of this content. The statements made in this sponsored post are those of the paid sponsor and not those of Orlando Weekly.
Scroll to read more Paid Content articles
Join the Orlando Weekly Press Club

Access a New Wave of Downtown Living! MAA Robinson Has It All.

Head to these lovely Mexican destinations with Aeroméxico