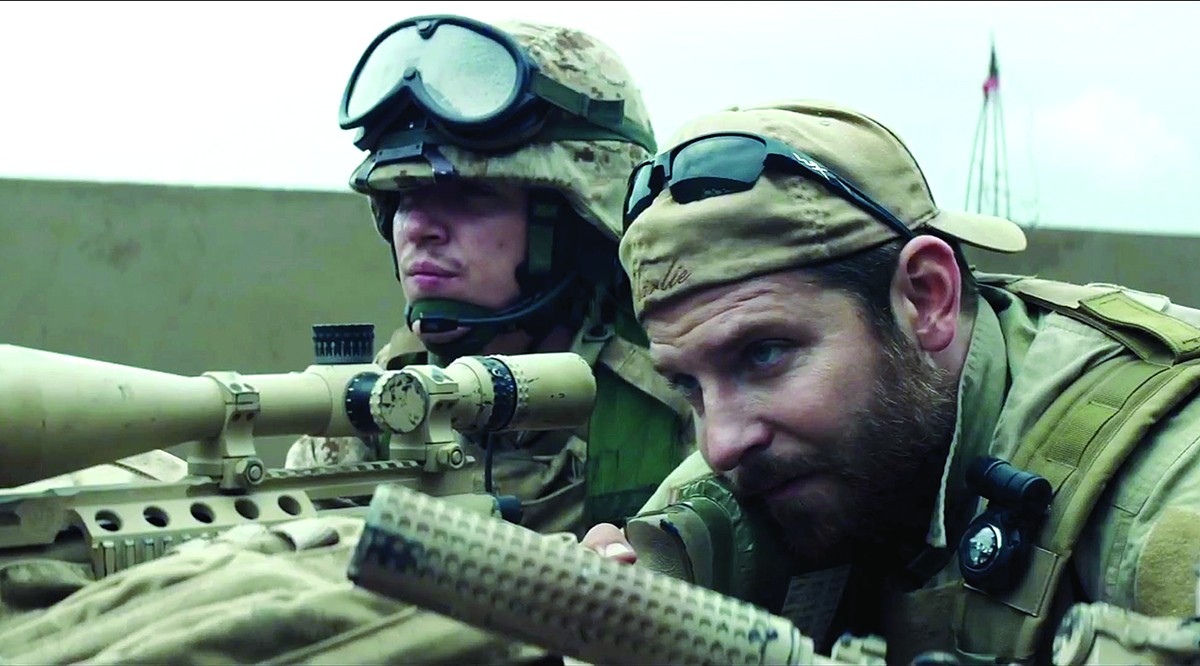 With 'American Sniper,' Clint Eastwood may as well be talking to a chair

Hollywood icon and celebrated filmmaker Clint Eastwood managed to pull off quite a stunt this year by directing not one but two absolute stinkers. First there was the painfully uneven Jersey Boys, released over the summer. Now lumbering its way into theaters just in time for awards season is American Sniper – a tedious and uninspired film that's more about shooting a lot of people from far away than it is an exploration of the effects of shooting a lot of people from far away.

The film tells the true story of Chris Kyle (Bradley Cooper), the deadliest sniper in U.S. history. During four tours in Iraq he scored more than 150 confirmed kills, with another 100 probable. Unlike other soldiers, a sniper sees his victims up close and personal, making it a more intimate form of warfare than one might assume. When Kyle returned home between tours, it wasn't the faces of those he bucked down that haunted him: It was the fellow soldiers whom he wasn't able to save. Suffering from PTSD, Kyle found solace working with other veterans in counseling programs. Then one day in February 2013, he took a vet to a shooting range with him and the guy shot Kyle dead.

This true story is a tragic one, yet Eastwood manages to drain out everything that makes it compelling. His murder at the hands of a fellow vet is dispatched through a title card at the end and a montage of his funeral train. The film only flirts with exploring Kyle's PTSD and its effect on his family. Instead, Eastwood and screenwriter Jason Hall (who had a forgettable part as Oz's bandmate Devon on Buffy the Vampire Slayer) deliver a monotonous film that see-saws between action scenes and Kyle's home life, where his wife (Sienna Miller) is portrayed as a ceaseless nag.

Its formulaic beats get very tiresome very quickly, and while there's interesting territory to explore, Eastwood's film stays emotionally flat. With each kill, it seems like Eastwood is patting Kyle on the back rather than examining the tough choices that needed to be made. It's not exactly mindless patriotic flag-wanking, but it sure is close. The personal struggles Kyle must have gone through make for far more interesting material than watching him pull the trigger again and again.

There's nothing particularly strong about Bradley Cooper's performance as Chris Kyle. "Suitable" is probably the best that can be said about it. He beefed up a bunch, and he mumbles in a thick Texan accent that's barely discernible through mouthfuls of chaw. But I doubt Eastwood pushed for more out of him or the other actors. It's like he just doesn't care.

The most egregious evidence of Eastwood's aloofness is the goddamn rubber baby. There's a scene in which Kyle is holding his new child, and it's so obviously a rubber doll that the effect is almost grotesque. Just as he did with Leo's hideous old-man makeup in J. Edgar, Eastwood doesn't seemed concerned by details like this that can take the audience completely out of the film. And by focusing on Kyle's kills rather than his personal struggle and efforts helping his fellow vets at home, Eastwood completely misses what makes the true story of American Sniper compelling.