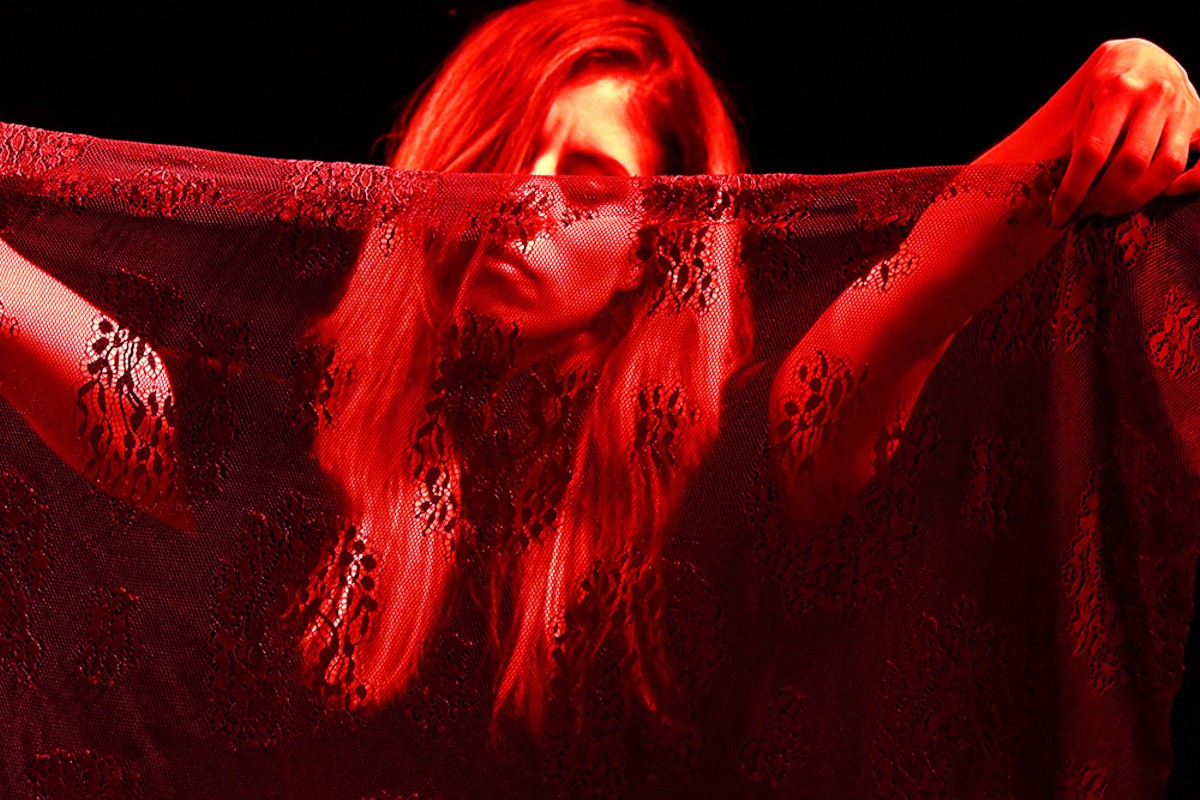 Why Black Marble are one of the most distinctive coldwave acts alive; Naga and Lush Agave transport for a necessary cause

With as much of a workout as the criminally underutilized disco ball and fog machine got, Will's Pub was more Will's Club this week. And I didn't see a single drum kit the whole time. Where am I?

One thing that niche genres often do is place aesthetics like mood or fashion over fundamental songwriting. That's where Black Marble are distinct. Sure, they pack all the requisite gloom and doom of a card-carrying coldwave act. But unlike the bloodless severity of some of their contemporaries, however, Black Marble feature a notable and – dare I say it – radiant aptitude for melody. Clearly manifest despite its introversion, it's a quality that glimmers warmly even in the shade of framing and tones that suggest everything opposite.

Due precisely to that distinguishing aspect, what can often play as distant and muted on record felt intimate and inviting on stage and at live volume. Moreover, they play songs, not just soundtracks. And under all the dourness de rigueur to their genus, their songs are actually quite lovely and dance with an understated but notable breeze. Given a different treatment, many of them could actually be brilliant indie- and twee-pop nuggets.

Black Marble are one of the most approachable and affecting coldwave acts on the scene. It's probably why the musically modest and relatively young band has already built an impressively hefty recording résumé on tastemaker labels like Hardly Art and Ghostly International and is on its way to phenom status.

Arizona opener and tourmates Body of Light, however, are much more literal in their synth revivalism. Not to throw too much jaded been-there-done-that shade, but I have lived enough of that era's sound to have some perspective on both the virtues and folly of the epoch. That their synth-dance is a direct cop of that time isn't the problem. The sin is simply the mediocrity of their songs. A resurrection of the fairly generic sides of '80s underground dance, their sound is more an exercise in style than in music.

Though they've played the definitive International Noise Conference in Miami, Tampa duo Naga exist on a distinctly dreamier frequency than the squelch set. Look no further than the fog deployed at their recent Orlando show for proof of that. More than just effect, though, that very ether is a visual extension of their sound. Coming from the abstract electronic realm, their music shimmers suspended like neon underwater. But unlike many of their vague, cloud-drifting peers, Naga's glide features some futuristic R&B contours that lend the micro-genre some sex and personality that it doesn't always have. It's a welcome perk that few would argue about. On a vibe that's inward but perpetual, Naga's sound is a ghostly tryst of aura and sensuality.

Also performing was Orlando's Lush Agave, the solo vehicle for singer-producer Alisha Erao, whose vision bends classical voice through an experimental electronic lens. Via tracks and layers, she works in minimal arrangements that would otherwise be austere were it not for her rich and often looped vocal work. Regarding those vocals, they're legit. In many ways, the spare backdrop is the ideal framework for such a deep, trained and nuanced voice so capable of doing the heavy lifting. With ability and imagination, she wielded a very basic setup into a performance of drama and strange enchantment. Add in some physical flair and it's like watching the live transmission of an alien angel. And it's why Lush Agave has, of late, become one of the city's most eminent experimental artists.

Between these two acts, Tiger Fawn, and readings by Alexia Clarke (of noted local zine Phosphene Girl), all the channeled feminine energy in the house was fitting for a benefit for Planned Parenthood. Once again, the ladies lead when it comes to rallying for this righteous and necessary but now threatened cause. In this day and age, however, it shouldn't constantly have to be this way. C'mon fellas, get with it.