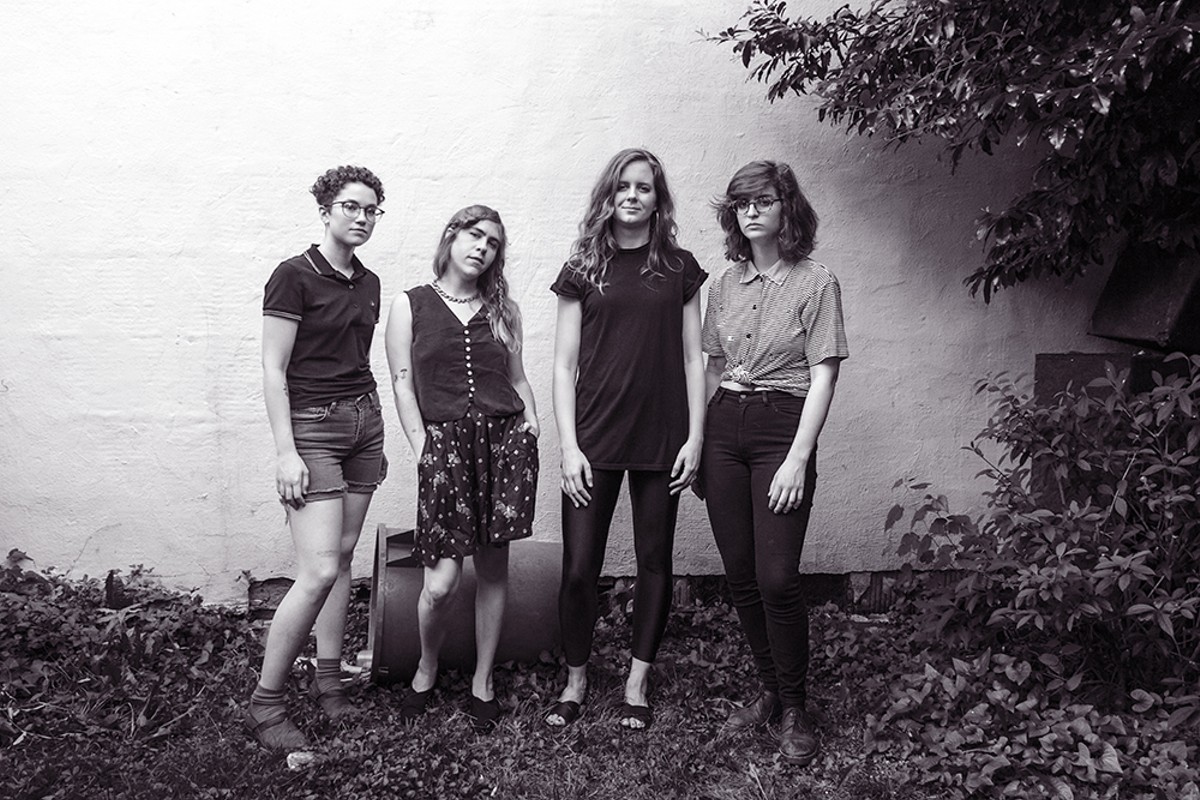 When the Nots hit town, will they shatter eardrums or windows? Or both?

I have it on good authority that the last time the Nots played in town, windows got busted. So, what's the story there? Are the ladies of the Nots a rowdy bunch who trash their equipment at the end of their set, sending cymbal stands hurtling through windows? Did their particular brand of psychedelia-infused garage punk inspire the kind of pit that Uncle Lou's couldn't quite contain and maybe a body got tossed out into the street?

Singer-guitarist Natalie Hoffmann will never tell. "We would never do something like that," she says, presumably with a sly smirk. Hey, what happens at Lou's stays at Lou's. Your secret is safe.

What she will admit is that she loves the venue. "That was a wild night. Uncle Lou's is one of the best bars we've played. We don't usually like to be on a stage, so playing on the floor right in the crowd is always something we look forward to. We miss having a spot like that in Memphis."

They might have to get used to playing on actual stages, because their upcoming sophomore release, Cosmetic (Sept. 9, Goner Records), is an absolute beast that should catapult them right out of the DIY living room clubs and floor setups that the Nots have come to know and love. With more sonic variety than on their raw but raging Goner debut, Cosmetic boasts maturity in craft without pulling any punches.

"We wanted to experiment with different sounds and approaches on our instruments, and we've all become more patient as far as songwriting goes," Hoffmann declares.

The first single, "Entertain Me," is a seven-minute-long epic mind-meld that's leaps and bounds from the two-minute bursts they've released previously. "I wanted to try writing a song where my guitar was all tuned to the same note, and I wanted to try to use a wah pedal, which I had never really done before, so one night at practice I started playing that descending riff and everyone else pretty quickly wrote their parts to it, and by the end of practice, the song was almost finished. And it's always naturally been a long song, it wasn't a conscious decision. We decided that it was fitting, so we never edited it down," explains Hoffmann.

It's the kind of song that acid dreams are spawned from; the kind of song that begs for elaborate improvisation live and could vampirically feed off of the audience's blood. It's a song to fuel their perpetual tour, the sought-after road trip that "breaks up the monotony of working all the time at home." That is, if the Nots even make it here – if they don't run off and get lost in the woods on their way to the show, that is.

"We love to stop at state and national parks on the way to shows if we have time. We've always talked about camping a few nights on tour, maybe we'll finally make that happen on our West Coast tour. We're not very good punks," Hoffmann sheepishly laughs.

Pick the leaves out of the Nots' hair when they set up camp at Will's Pub alongside local ruffians Manic & the Depressives and Tight Genes. And, maybe, tape up the windows. It's hurricane season, after all.