Former University of Florida quarterback Tim Tebow, a man that has miraculously failed upwards his entire professional career, decided to passionately expose his whole ass last weekend with a "hot take" on not paying college athletes.

While appearing on ESPN's First Take, Tebow reacted to California’s recent legislative push to allow college athletes to profit from endorsements, and expectedly was very against this concept despite players making zero income and having zero tights in a multi-billion dollar industry.

"I feel like I have a little credibility and knowledge about this because when I was at the University of Florida, I think my jersey was one of the top-selling jerseys around the world," said Tebow. "It was like Kobe, LeBron and then I was right behind them. I didn’t make a dollar from it and nor did I want to because I knew going into college what it was all about."

Naturally, most of Twitter took to savagely roasting the current ESPN analyst and minor league player, though Laura Ingraham did have his back, so that's saying something. 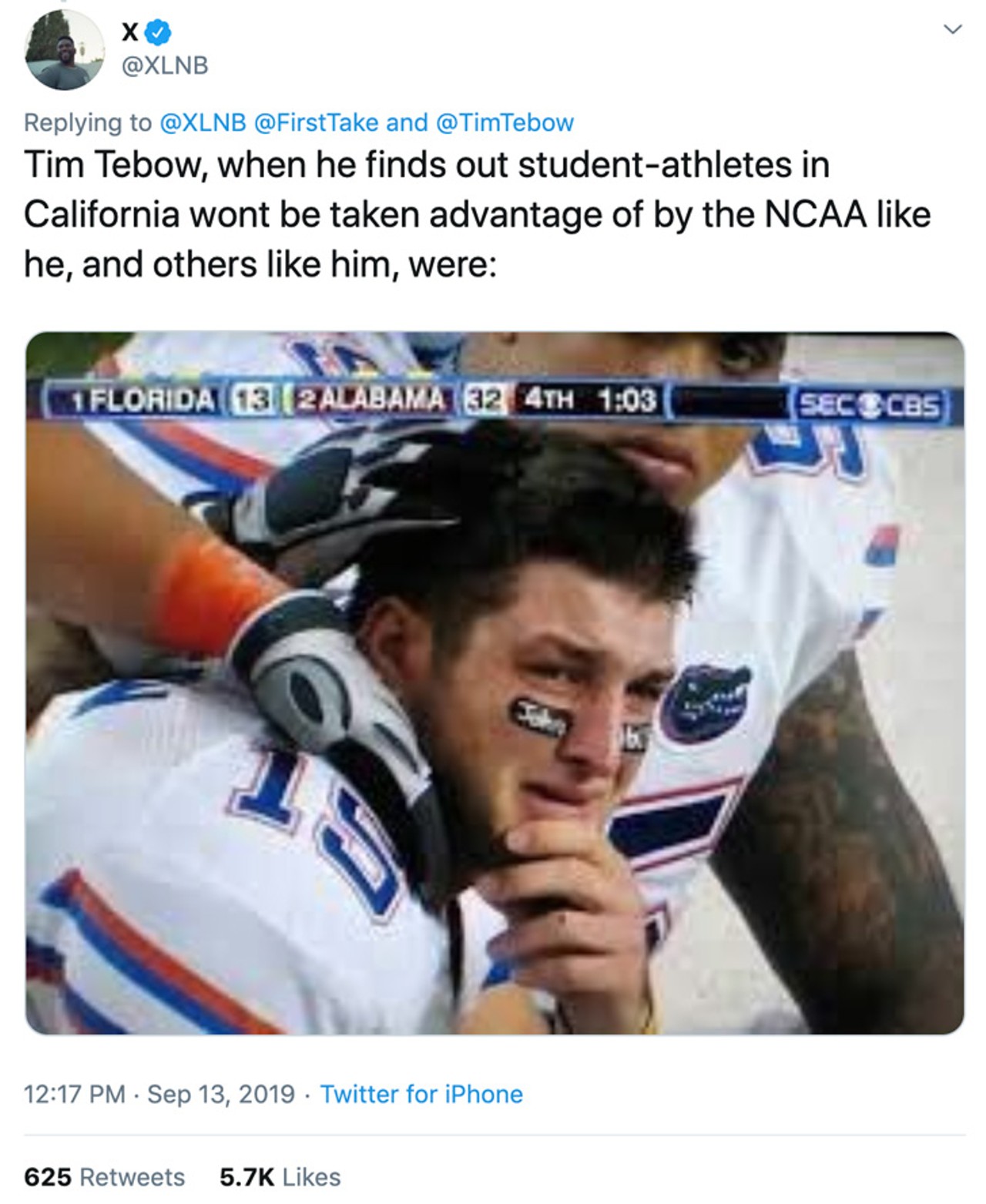