Walt Disney World's newly expanded and relaunched Skyliner hit a snag on the night of Saturday, Oct. 5, when a pileup of gondolas jammed the attraction while it was full of passengers. Park visitors, ten to a cabin, were left stranded, dangling for hours, some over bodies of water. During that time, Twitter lit up with posts from those stuck on board – and those hoping to lift their spirits with hilarious advisories and messages of support for those still waiting to exit the ride.

Disney still hasn't set a date for the Skyliner's reopening but, until then, we'll always have the tweets. 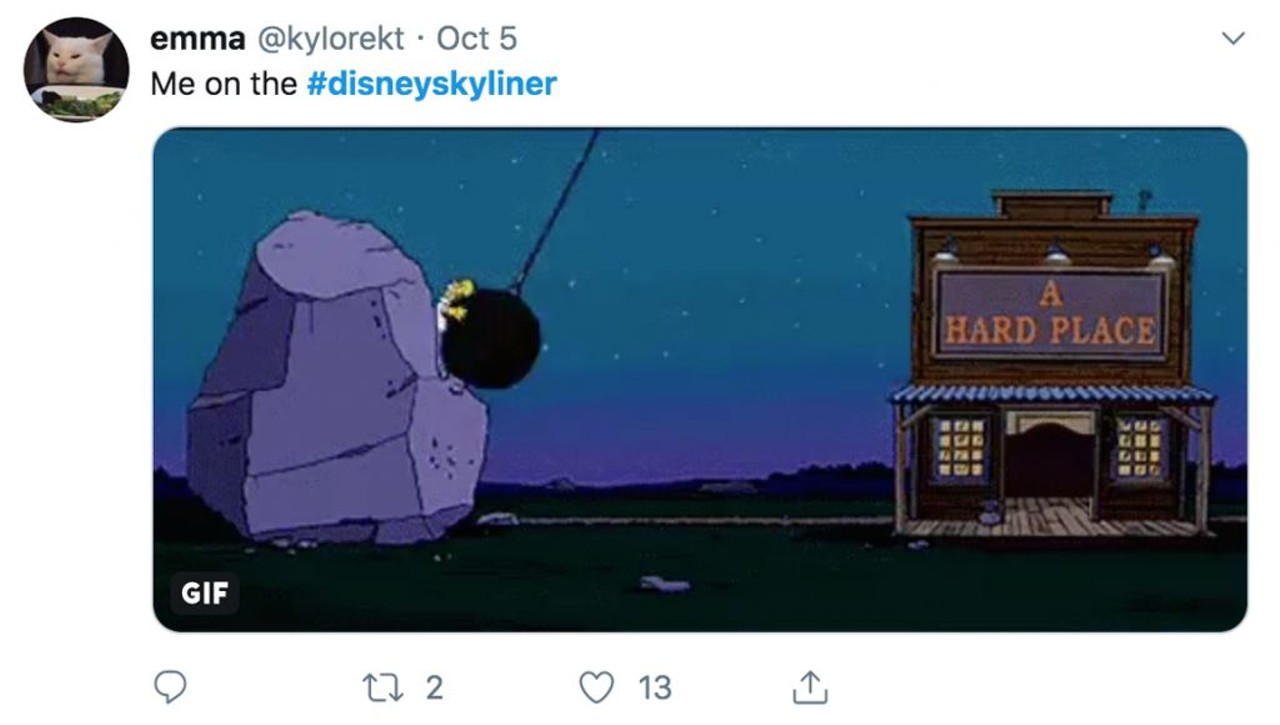