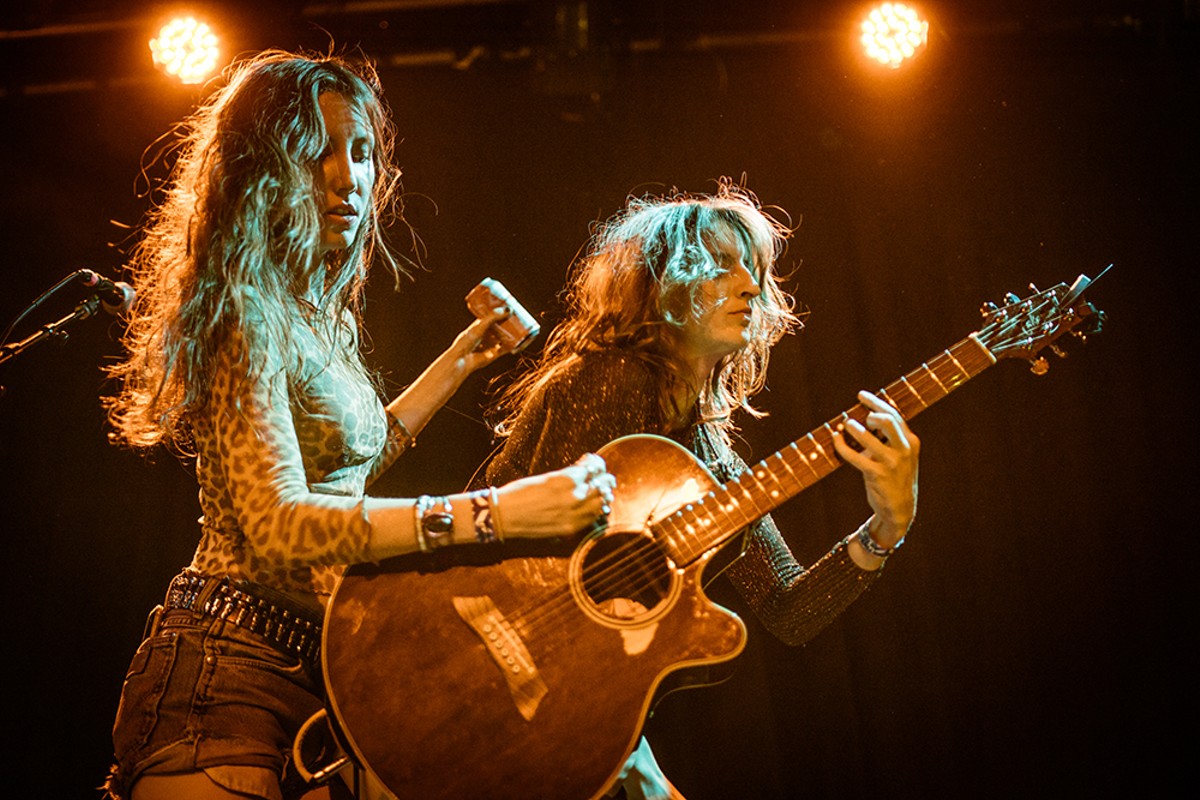 Trigger warning: I hate the new PC. It's not the sentiment, you marshmallows, just the right-hearted but wrongheaded extremism and fascist irony of it all. That's why I love the recent bill headlined by the unapologetically profane Wheeler Walker Jr. (Sept. 21, the Social).

If you caught a Ricky Bobby whiff from the name, then you're already on your way to the fact that – underneath the cowboy hat, shades and beard – it's the musical id of comedy writer and actor Ben Hoffman. With it, he takes the macho mystique of country music, shoves it in front of a funhouse mirror and cranks up the volume.

When it comes to comedy music like this – Tenacious D, the Lonely Island, Flight of the Conchords, et al. – it is indeed what it is. But Hoffman is a surprisingly good singer and songwriter as Walker, far better than the schtick requires and way more legit than most of the serious country stars out there. Once the initial tickle of the lyrics fades – I was over 'em after the first spin – the songs still stick whether your (or my) cynical ass wants to admit it or not, especially when delivered by a quality band like his. And I say this as probably the only one at the show who came mostly for the music.

That it was an actually sturdy performance is notable enough. More than that, though, in rowdy totality, it was a lighthearted respite from the real-life, non-comedic obscenity of the world right now.

Nashville opener Birdcloud came with much smaller production but even bigger hijinks. Musically, they drag country music through the punk gutter, like an even more juvenile delinquent cousin of Those Darlins with more shock and less musicianship. It's sticky, hilarious country farce, for sure. But if you pay enough attention, there's some sly social satire here. Besides, how can you possibly resist lyrics like, "I like a Chinaman in my vagina, man"? You can't.

Plenty of women have taken on the establishment of country and pop music. But instead of simple sass, this pair does it with attitude, outrageousness and real punk sneer. Without question, they've got tons of bawdy appeal with lots of swearing, beer-spitting and sexual overtures. What they're not, however, are basic coquettes just playing naughty.

These are smart chicks with a wickedly fucked point of view and the effrontery to push it to the edge. That's as empowered as any orthodox leftist brand of feminism. While some get all academic about it, Birdcloud just go Thelma and Louise on that shit. And they exited the stage with the crowd chanting their name. Looks like Birdcloud got a posse, y'all.

Back in the realm of earnest music, Seattle troubadour Rocky Votolato (Sept. 20, Backbooth) has always been on the sensitive end of the spectrum between indie and country.

Emotionally, he's been pretty seriously dogged by some well-known depression that even sidelined him from his music career for a time at the end of the last decade. Musically, his sensibility has sometimes made his songs feel a little sapless, truly breathing only live on stage. For all these reasons, it was so good to hear the remarkably full sail of his 2015 album Hospital Handshakes, the most vigorous work he's possibly ever made as a solo artist.

The thing is, Votolato's currently on a 10th anniversary tour for his album Makers, a fine enough album with some real moments. Really, though, I'd much rather bask in the current glow of Hospital Handshakes and the possible brighter, more surefooted future it portends.

That said, he and his band peppered the material from the album of honor throughout the set in an organic way rather than making it an unchained monolith that monopolizes the night. Although it would have been refreshing to ride more of Votolato's new groove, that live force that always breathes requisite life into his feelings carried the day as usual. And bless the guy for packing that sweet, sweet live pedal steel.