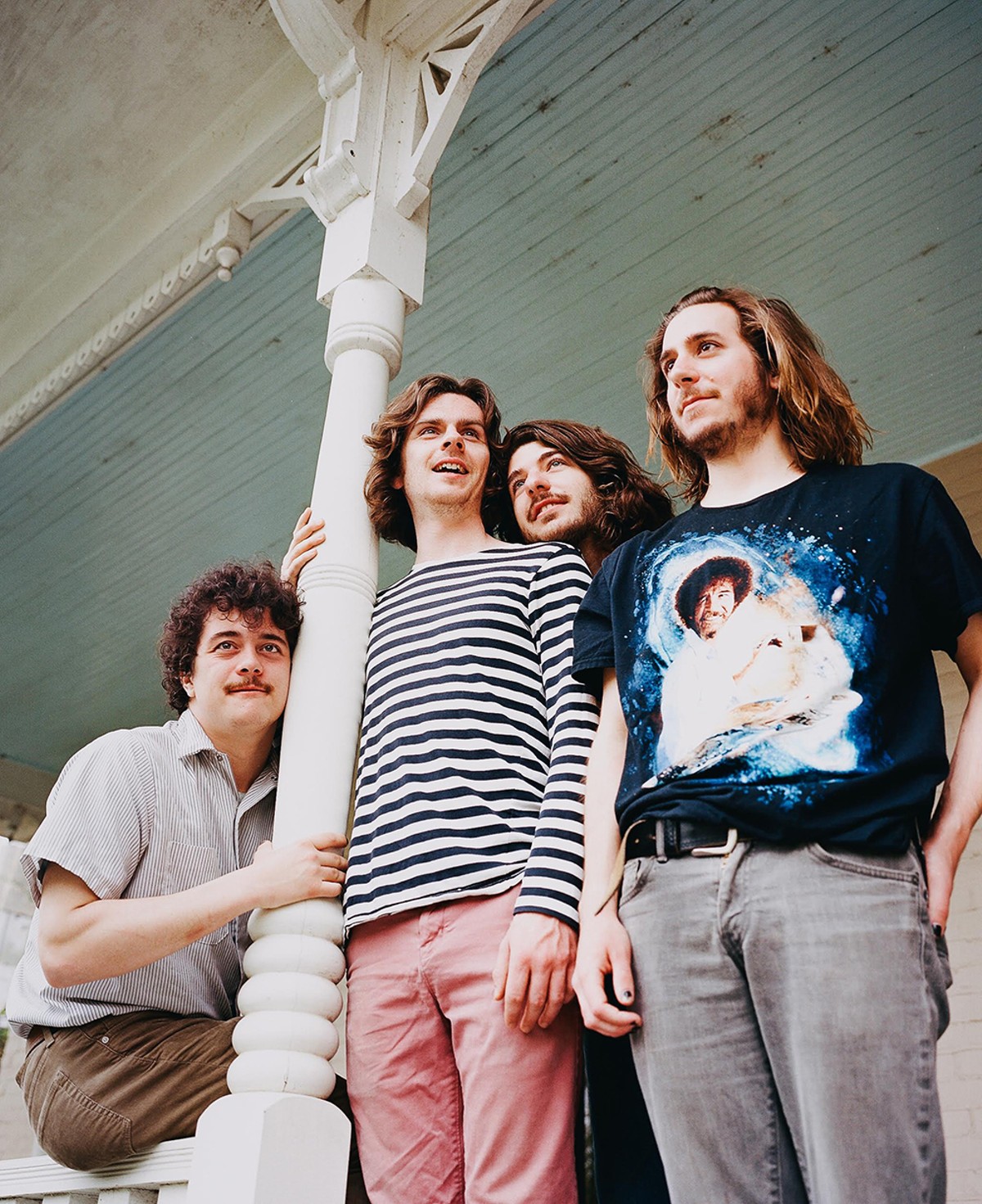 THE DISTRICTS AND THE SPIRIT OF THE BEEHIVE, THE SOCIAL, JUNE 23

Since forming in high school, young Pennsylvania band the Districts have built their name on a shaggy and true brand of rock that's as rootsy as it is indie. And it's a sound that's carried the kids up to being made men on prime indie label Fat Possum in short order. But everyone's in for a pretty big surprise on Aug. 11 when their upcoming album, Popular Manipulations, comes out, perhaps their own fans most of all.

If the Districts' sound before was a romping Deer Tick-esque hayride, their new look is a silver jumbo jet aimed at the epic skies of Wolf Parade. It's not simply that their wild, rambling hairs have been groomed. It's that every fiber and skyward instinct of their being has been newly concentrated, unionized and mainlined with towering purpose. The result is a grand peak swirling with dizzying gusts and infinite horizon. This is a band that's shifting gears and preparing for liftoff.

Without announcing it, they provided quite a few vivid glimpses of the new album at their first-ever Florida show. Even when playing the old material, though, their bearing and sonics still emphasized the new altitude. It was the sound and look of a band that have figured out their best side and have become single-minded in harnessing it. And, live, it concluded in a deafening climax.

Between the psych and shoegaze of their palette, Philadelphia openers the Spirit of the Beehive weave some beautiful atmospheres. Sonically thick but not leaden, their sound is like a range of mountainous clouds. But even amid all the haze is a powerful sense of dynamics. They'll be coasting on a dream-pop zephyr only to suddenly drop the kind of gorgeous mass that Pink Mountaintops used to deal in, all while maintaining their twilight pulse. It was quite an introduction to one of the best surprise discoveries in a long while. Watch this band.

For a place that isn't foremost a live venue, I've seen a nicely wide range of music at the Falcon. Though the neighborhood art bar has smartly avoided the generic acoustic thing that you can get almost anywhere people don't go to listen to music primarily, most of the live affairs have been appropriate to the space. Austin duo Dull, however, brought music and execution that's built for a rock club, or at least a packed warehouse.

Without question, they're disciples of '90s indie rock. Their commitment to the time and style? Total. In fact, the frontman's Jawbreaker shirt wasn't just fashion, it was a foretelling. Once they plugged in, all that implied heart and fire sprang to life (with even a little dash of Archers of Loaf) like lost songs from some of the era's best bands. Yes, Dull's music is unflinchingly literal, but it's done very well. And live, they are all volume, crank and kinesis – a burning commemoration of a beautiful time when loud guitars wove angles into anthems.

In case you didn't know – and not enough people do – Orlando band Audiotourism are themselves some of the city's best '90s indie-rock revivalists going. Despite their name, they've been mining that tradition longer and with more depth than the young bands playing tourist to that decade right now. Built on knowledge and taste, their sound is a living composite of the texture, heft and drive that made some of the high-water marks in the underground sound of the day. Though Audiotourism expanded both their lineup and, of late, their rock arsenal with more aggressive riffs, they broke out their old two-piece band setup and dusted off some older material to complement the touring band for this show. And it was good to hear again.

Opening was local musician Scout Stowe, whose softly soulful singing is the kind that can effectively straddle indie and mainstream. But there's something about her that doesn't completely abide with the sweetheart singer-songwriter cliché. And that's a good thing. She's got an easy, earthy pop voice that's natural with personality and warmth.

« Why Black Marble are one of the most distinctive coldwave acts alive; Naga and Lush Agave transport for a necessary cause   |   Southern Fried Sunday and Lauris Vidal team up to showcase Floridian roots music, the Every Other Wednesday Session is a hidden local emerald of traditional Irish music »