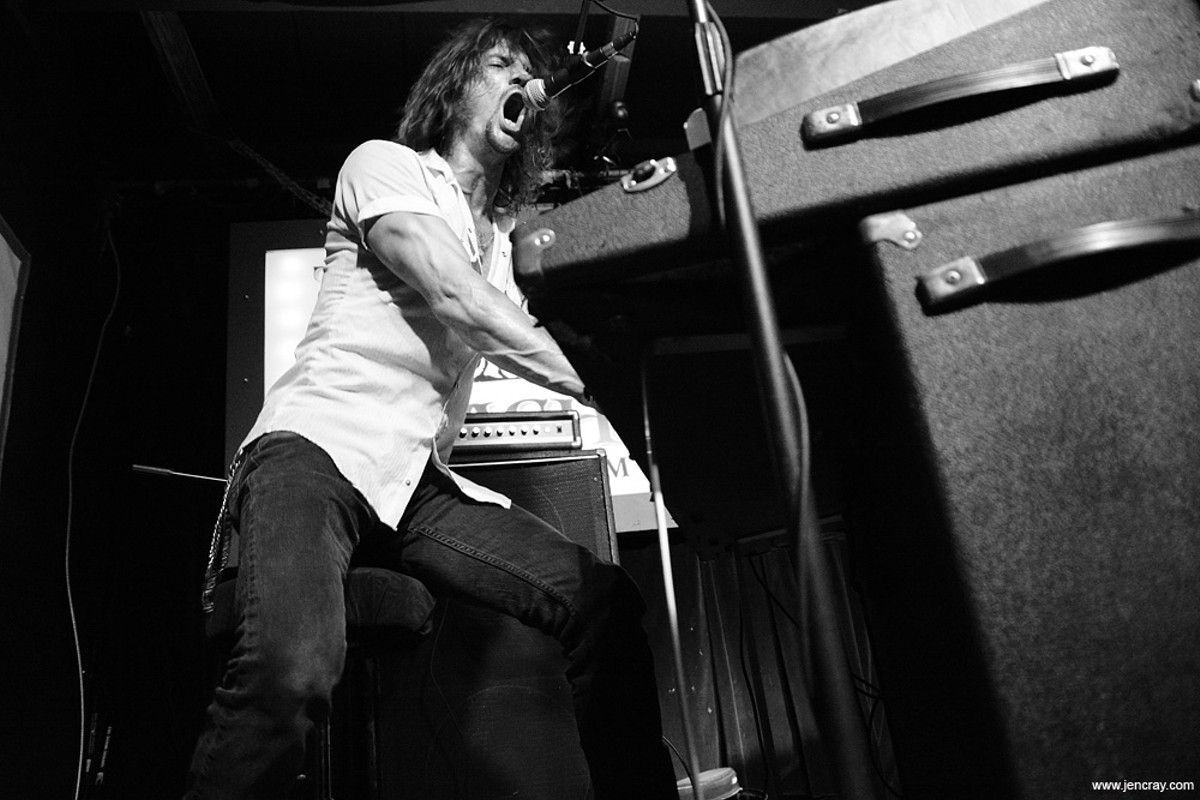 The latest local-boy-makes-good story is Christopher Paul Stelling, a Daytona Beach native whose first launchpad was the Orlando indie scene and who now tours as a signed man to heavyweight label Anti Records. As good as he is on record, live is where he truly mesmerizes, something that his latest return reaffirmed (Sept. 8, Will's Pub).

The first thing that floors everyone is Stelling's technique. All that work is him executing the work of practically a whole band by himself, not doing stupid solos. Besides weaving a higher melodic thread count than most of us are used to hearing from a solo acoustic player, he creates his own beat on both the strings and a microphoned stomp pad.

When you have such mastery at your command, resisting wankery isn't easy. Stelling, however, never lets the dazzle dictate. Despite his obvious gift of hand, he approaches things not as a guitar player but as a songwriter. Marrow-tapping and road-chiseled, Stelling's expression is detailed and deep. On reflective songs, his extraordinarily woven music can allure like a spider web glistening with morning dew. On cutting ones, he awes as a tempest of fire and soul.

Befitting the homecoming of a former local, the historically significant crowd was dominated by players who defined the mid-2000s Orlando indie scene, figures like his label mates on Sleepybird Orphanage (Crutch and the Giant Junshi) and cousin label Post Records (Mumpsy, Dodger, Dirt McCoy, Bob on Blonde). Even my photographer for the night, Michael Lothrop, was the drummer for Post band Watch Me Disappear. But as warmly nostalgic as this particular show was, Stelling is very much a current story. And in light of his recent milestones, it's only just beginning in earnest.

The name James Leg (Sept. 7, Will's Pub) may not yet be widely familiar, but it is to blues-punk aficionados. He was part of the final lineup of the Immortal Lee County Killers, one of the genre's greatest bands, but would eventually prove his own star worth as the engine behind the Black Diamond Heavies, an exceptional act in the Alive Records canon. Leg made the Heavies distinctive by rocking blues organ and piano with the fronting virility usually reserved for the guitar. This decade, he's been doing him, and his new solo album (Below the Belt) picks up the tar-bucket blues where the Heavies left off with more soulful dimension.

Live, Leg's flanked by a drummer, but there's no question who's the pounding heart here. As soon as he hits the keys, it's with the sizzle and splatter of fatback on a hot pan. With hands that move like hexed tarantulas, no one cranks the ivories as hard as this guy. And because he can wield a different keyboard with each hand, he really fills the speakers with Rhodes piano, organ and bass keys. Few musicians balance edge and artistry like this. Add in the showmanship of draining your soul into every performance and you get one seriously electric display.

There's always a certain historical heat that surrounds the arrival of music royalty. But it seems even the broader cosmos aligned behind the appearance of conscious-rap king KRS-One (Sept. 4, Backbooth). The venue was maxed, the crowd was abuzz and the AC was failing, all in the apex of an Orlando summer. Yeah, it was raw.

Despite conditions meant only for fighters cutting mad weight, however, everyone came to get down. A true man of the people, KRS-One's entrance was a wade right through the crowd to the stage. Once up there, he soundchecked with a freestyle that was searing enough to ignite the gathering. Then on, he lifted the club and revealed the gulf in skill, command and gravity between all the wannabes and a real master. Ain't nothing like being in the same room as a legend, and KRS-One was, without a blink or pause, one of the greatest rap presences I've ever been among. Like he went in, only magnified by a fever-pitch show, he went out by descending into the crowd and crowning the show with a mass, sweaty populist photo op.