Theme parks held their own, but Orlando theater roared to life in 2018 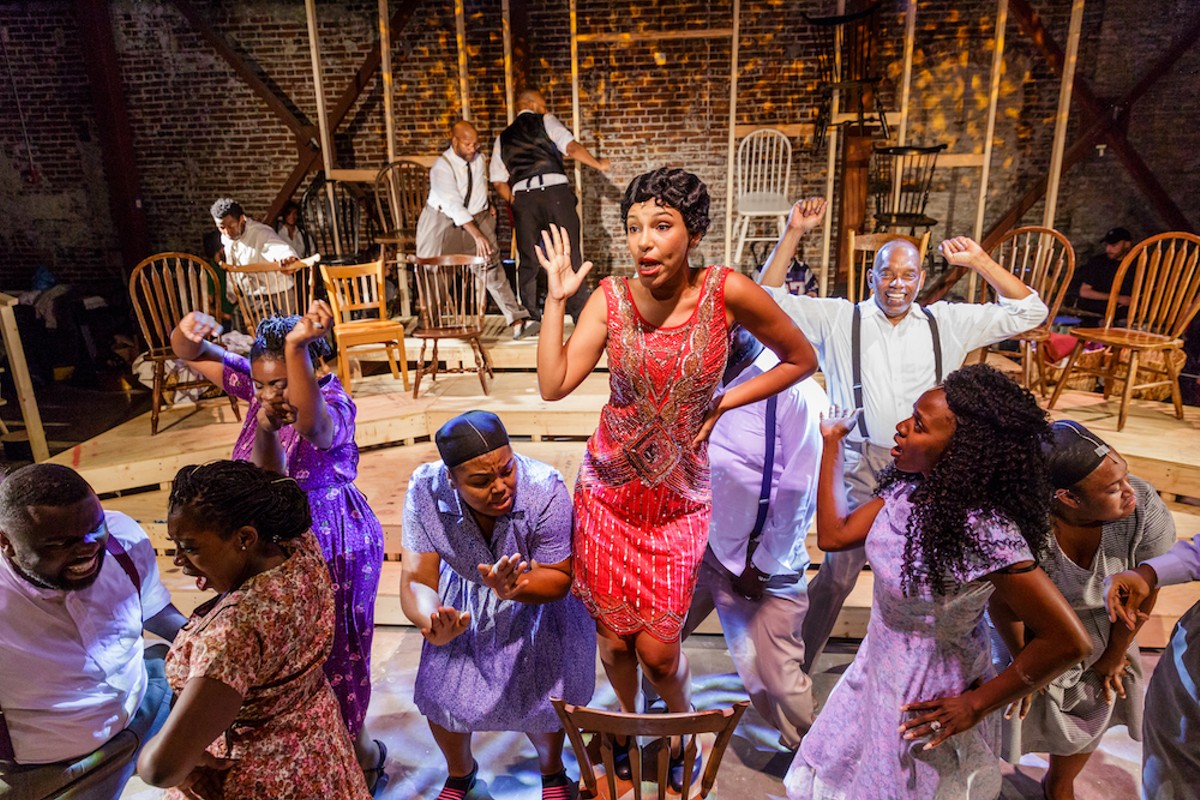 With apologies to Charles Dickens, 2018 was the best of times and the worst of times at the same time. Since the wheat and chaff were hopelessly intermingled, get ready to swallow the sweet with the sour as we say sayonara to the past year in Orlando arts and attractions.

In the theme park wars, 2018 could charitably be described as a rebuilding year for Walt Disney World. After the 2017 blockbuster debut of Animal Kingdom's Avatar land, this year's biggest addition was Toy Story Land at Disney's Hollywood Studios, which was simultaneously the best new expansion after sunset (with its charming C9 lights and breezy Slinky Dog coaster) and the worst shade-free hellscape on a hot summer's day. Otherwise, Disney's transportation system attracted more attention in 2018 than any attraction, for both good and ill. The Skyliner gondola system, which will connect Epcot and the Studios with several onsite hotels, recently started testing its controversially un-air-conditioned cars; meanwhile, the iconic but aging monorails grabbed headlines for a series of safety situations, such as the day a train door fell off.

Universal Orlando's year got off to a shaky start when Universal Studios Florida's Fast and Furious: Supercharged ride debuted in April and was instantly declared a dud by critics and fans alike. While the park recovered from its worst addition in a decade by opening Cinematic Celebration, the resort's best nighttime spectacular yet, Universal's best new things are all behind the scenes right now. The old Terminator 2/3D theater recently had its sides blown out for a rumored Jason Bourne stunt show; ride vehicles resembling Hagrid's motorbike are currently sitting on the track of Islands of Adventure's upcoming Harry Potter roller coaster; and a steady stream of dump trucks are hauling dirt on the future site of Universal's third theme park – or fourth, if you count Volcano Bay – which (according to widely leaked images) will be called "Universal's Fantastic Worlds" and showcase Nintendo characters.

When 2018 began, my money was on another annus horribilis for SeaWorld, which was still floundering in the wake of Blackfish backlash. But that turned out to be my worst prediction of the year, because – at least as far as the balance sheet and stock price are concerned – SeaWorld is back on track. Virtual reality headsets were unceremoniously yanked from the Kraken coaster, and the drenching new Infinity Falls raft ride was delayed and missed the key summer season, which could have proved a worst-case scenario for a struggling attraction. But SeaWorld's events team struck back with a series of local-friendly festivals that have far surpassed Epcot's as the best bang-for-your-buck for anyone seeking to snack and sip their way around a lagoon.

The Orlando Ballet ended their 2017/2018 season with a half-step backwards, as the heavily hyped Contemporary Wonders performance only stuck the landing on contemporary choreographer Jessica Lang's third of the program. But they bounced back big time with October's premiere of Carmina Burana, which boasted a breathtaking Bach Festival Society choir and Robert Hill's best choreography in ages. If the company can continue to hit those heights, they'll make worthy residents of the world-class Steinmetz Hall when it opens in 2020; climbing up the half-completed venue's construction site was a hard-hat high point of my year.

This time last year I was writing about my high hopes for Winnie Wenglewick's new Dangerous Theatre in Sanford, so of course it was shuttered shortly after (just call me the dream killer). Thankfully, Derek Critzer and Quinn Roberts rode in to resurrect the rough-hewn former Princess Theatre as the handsome Theater West End. In the venue's brief existence, it's already brought us the best ensemble I experienced all year in The Color Purple as well as Janine Klein's transcendent star turn as Francesca in The Bridges of Madison County, the best live performance I attended in 2018, bar none.

In addition to Theater West End, in recent years we've welcomed a number of other much needed new theatrical venues to town – such as Theatre on the Edge and the Savoy's Starlite Room – while witnessing a blossoming of site-specific performances at places like Valencia College. But 2018 ended with a bittersweet goodbye, as I watched the last-ever performance of Varietease's NOT-cracker at the Venue. Blue Star's Ivanhoe Village stage will stick around at least through the spring's Fringe Festival, but this was the final Christmas before this neighborhood anchor faces the wrecking ball.

Among the many awful things Gov. Scott's outgoing administration was responsible for, slashing Florida's budget for arts funding this year by 94 percent ranks pretty high. On the bright side, Orange County stepped into the breach with over $6 million in Tourist Development Tax money. And more recently, United Arts of Central Florida was able to hand out nearly $1.5 million in grants, despite their own state funding being slashed by over $140,000.

One of those well-deserved United Arts grant recipients was the Creative City Project, whose Immerse event has officially graduated from Orlando's best-kept secret to the worst weekend ever for arts-loving agoraphobics. The other big news in arts festivals was the first-ever Fusion Fest. Once I got past the cringeworthy "It's diversitastic!" tag line, awkward stage arrangement and overly complicated currency scheme, I enjoyed the best selection of authentic ethnic food I've ever dined on downtown. I'm looking forward to both returning even better than before next fall.

Tickets for next month's tour of Broadway megahit Hamilton at the Dr. Phillips Center went on sale on Nov. 16; whether that was the worst or best day of 2018 for you depends on whether you were able to secure seats or simply spent fruitless hours being teased by the passive-aggressive ticketing website. I only waited two hours for my tickets, and I recently got to talk with Lin-Manuel Miranda in person (look for the interview on orlandoweekly.com), so I'm inclined to look at the silver lining. At least all the fury on social media proves that the fabulous invalid is far from dead in Central Florida.