The rise of Orlando's music scene 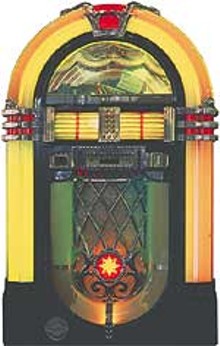 Current release:Released "Millennium" in May.
Label:Jive (but threatening to leave the label if "pale imitators" 'N Sync come aboard)
Orlando connection:Backstreet Boys were the original Trans Con act and still remain the best.
Working it:Currently wetting panties (young and old) on sold-out tour of U.S. Kevin Richardson, who dislocated his shoulder in a snowboarding accident just last week, was named "Sexiest Pop Star" by People.
Outlook:Can they get any bigger? Probably not, but it has been a great ride so far. Look for next album to be dissappointment when stacked up against megaplatinum "Millennium."

Current release:Released debut "Different Kind of Love" in May.
Label:Epic
Orlando connection:Hunky four-piece vocal group was groomed by Trans Con. Brody and D'Lo are from Orlando. Unlike Backstreet and 'N Sync, C Note will tackle Europe after touring the States, not vice versa.
Working it:Cut on "Music of the Heart" soundtrack. The group hosts the latest "MTV Grind Workout" video/DVD, "Tai-Funk Aerobics."
Outlook:Three-fourths of the group is of Latin decent, giving C Note huge crossover potential. Looks like another home run.

Current release:Signed with Brian Malouf, the senior VP of RCA and a well-respected staff producer for the label, in October.
Label:RCA
Orlando connection:Entire band loaded with Florida music-scene veterans. Managed by Darrel Massaroni of locally based Darby Management.
Working it:Have been keeping a high profile, opening for touring national acts throughout the state. Currently starting work on material for debut record.
Outlook:Heavy sound is in right now, and JoJo does it better than most. This band gets better with each performance -- surely a group to watch in 2000.

Current release:"Yourself or Someone Like You," the band's blockbuster debut, was released in 1996.
Label:Lava/Atlantic
Orlando connection:Formed out of the ashes of local favorites Tabitha's Secret, Matchbox 20 has become Orlando's biggest rock success to date. Do you remember where you were when you first heard "3 A.M."?
Working it:With the crossover smash "Smooth," vocalist Rob Thomas -- who also co-wrote the tune -- helped propel Santana's "Supernatural" to the top of the charts. Thomas recently married a model.
Outlook:"Smooth" keeps Thomas in the national consciousness and should parlay into heightened awareness for the next Matchbox 20 album, due out next year.

Current release:Released debut "Hope & Wait." in 1998.
Label:Mammoth
Orlando connection:Singer-songwriter Steve Burry had been plugging away on the local scene for years as a solo artist and with The Beat Me Ups before forming My Friend Steve. Managed by Darrel Massaroni.
Working it:Band's single "Charmed" was used as theme for now-defunct WB sitcom "Zoe, Duncan, Jack & Jane." Currently writing material for next record, projected for May 2000 release.
Outlook:Despite Hope's dismal performance, the band should be able to rebound and make a splash with a strong second album.

Current release:Multiplatinum debut "'N Sync" released in 1998, sophomore release "No Strings Attached" held up by legal dispute over rights to name.
Label:RCA or Jive, depending on whose lawyers you believe.
Orlando connection:Trans Con's follow-up to Backstreet. JC Chasez and Justin Timberlake met on the set of locally produced TV show "The Mickey Mouse Club." Both Joey Fatone Jr. and Lance Bass are from Orlando.
Working it:Christmas album released in November 1998. Scored strategic duets with Alabama and Gloria Estefan ("Music Of My Heart" soundtrack). Track on the new soundtrack for "Pokémon: The First Movie."
Outlook:If they survive current legal mess intact, 'N Sync will continue to churn out hits with "No Strings Attached." Look to explore crossover potential into Latin market with good friend Luis Fonsi.

Current release:Released debut full-length "Oeuvre" in 1998 to critical acclaim.
Label:Astralwerks
Orlando connection:Q-Burns (a.k.a Michael Donaldson) has been an integral part of Orlando's music, playing in bands, spinning at clubs, owning record stores and starting labels.
Working it:Toured with e-legends The Chemical Brothers, Meat Beat Manifesto and Gus Gus. Continues to work with locals. Remixed tracks by Supreme Beings of Leisure, Jim White and Rabbit in the Moon.
Outlook:Recently contributed tracks to "Earthdance" and "The Electro Lounge" compilations. He's just getting started on the next Q-Burns release, due late spring 2000

Current release:Released third album, "Orange Ave.," in 1998.
Label:Atlantic
Orlando connection:There was much debate whether this group -- the one that started it all -- as from Orlando or not (the band was away at college when "Cumbersome" took off). Managed by Darrel Massaroni.
Working it:Currently writing and recording material for its fourth studio album, projected for release in April 2000. Much-maligned sophomore effort, "Rock Crown," nearing gold status.
Outlook:Despite strong radio presence, "Orange Ave." was a huge disappointment in terms of sales. The band desperately needs to prove itself on the next record but seems up to the task.

Current release:Debut due first quarter 2000.
Label:Breaking/Atlantic
Orlando connection:Had been gigging steadily in Orlando area as GumWrapper Curb, building up sizeable fan base and radio play behind "You're The Girl" before changing its name. Managed by Axis publisher Sean Perry.
Working it:Currently holed up at Pachyderm -- the legendary Minnesota studio -- recording long-awaited debut with famed producer Brad Wood (Smashing Pumpkins).
Outlook:The band's profile cooled considerably during its separation from Universal label. With a new name and a more aggressive sound, they may have righted the ship.

Current release:Released debut "Signs of a Vacant Soul" in March.
Label:Atlantic
Orlando connection:Originally formed in Birmingham, Ala., the band has since set up home base here. Signed to Atlantic by local rep Steve Robertson. Managed by Orlando-based company.
Working it:Without much of a push from Atlantic, the five-piece failed to make a splash. Has since trimmed to a four-piece and adopted a different name -- The Devine -- look and sound. Bye-bye evil contact lenses.
Outlook:Their debut showed a penchant for peppering art-metal with strong pop hooks. New approach should at least give them a fighting chance at scoring a hit outside of Orlando radio.