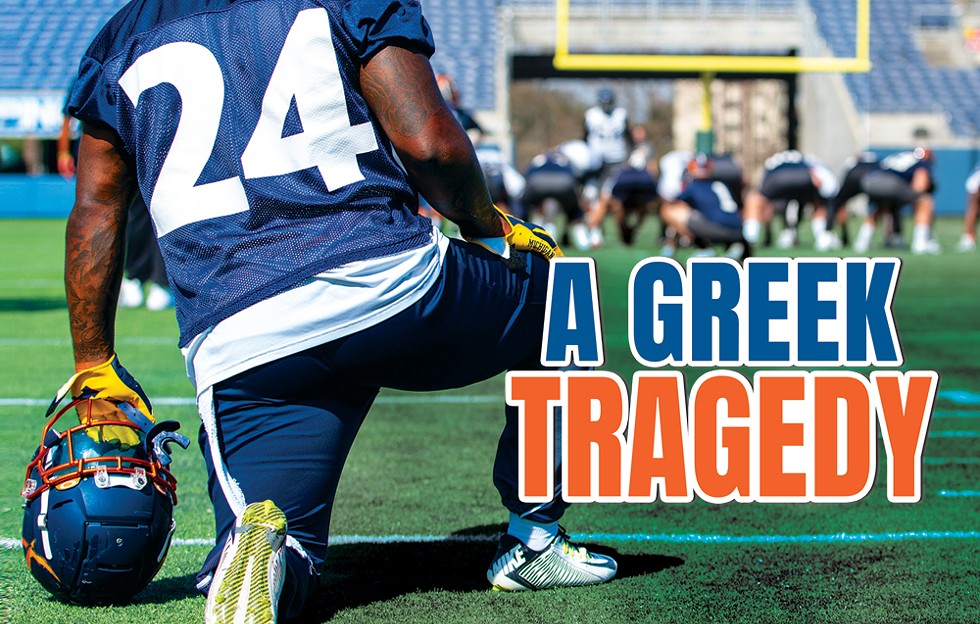 Photo courtesy of The Alliance of American Football

The Orlando Apollos deserved better than the Alliance of American Football

The Alliance of American Football was supposed to be different.

Announced in March 2018, the eight-team developmental spring league was pitched as faster, rougher and more action-packed than the NFL. What it lacked in marquee talent, it would make up for in excitement: no kickoffs, no one-point conversions, a shorter play clock, no bullshit rules to protect the quarterback. It would be more like traditional football than the arena variety, and not as schlocky as the short-lived XFL, but somewhere in the middle.

To be sure, the XFL was an inspiration. One of the AAF's founders, Charlie Ebersol – the son of former NBC Sports head Dick Ebersol – had directed a documentary on WWE executive Vince McMahon's 2001 gridiron stunt, and was fascinated by its spectacle. But the other founder, Bill Polian, was a former general manager for the NFL's Buffalo Bills and Indianapolis Colts, and the league had also picked up some former NFL greats as advisers, including soon-to-be Hall of Fame safety Troy Polamalu, defensive end Justin Tuck, wide receiver Hines Ward and vaunted rules analyst Mike Pereira.

The AAF was designed to be the best of both worlds – and eventually, it might serve as a pipeline to the NFL. Unlike in college football, the players would be paid: They'd all receive the same $250,000, three-year deal, which would come with an exit clause in case the NFL called. Players would be signed to teams based on the geographic regions in which they played college ball, too, so there was also a "hometown" aesthetic.

The idea was enticing enough to attract some big names. The brand Starter inked a deal to be the official apparel provider. Heisman winner (and NFL wash-out) Johnny Manziel signed on to quarterback the Memphis Express, a team coached by Pro Football Hall of Famer (and former San Francisco 49ers head coach) Mike Singletary. But maybe the biggest get, at least around here, was legendary former University of Florida coach Steve Spurrier, who agreed to helm Orlando's franchise, dubbed the Apollos.

The idea took off in Orlando. More than 20,000 people crowded into the University of Central Florida's Spectrum Stadium on Saturday, Feb. 9, for the team's debut against the Atlanta Legends. CBS broadcast that first game, a 40–6 shellacking in which Apollos QB Garrett Gilbert threw for 227 yards. Similar crowds showed up for the next two home contests – attendance figures not far off what Orlando City Soccer Club usually pulls, and nearly double the Orlando Predators' home average in 2016, the last year it played in the Arena Football League before disbanding. (The Preds re-launched in the National Arena League earlier this month.)

"That was the main thing: We had a professional football team," says Darrell Williams, who, along with his wife, Linda, was the first Apollos season ticket holder. "We live in Sanford and, yeah, we go to Tampa Bay [Buccaneers] games. But holy cannoli, when we found out about this, I said, 'Baby, this is right up our alley. We can go watch professional football players play and we have front row seats right on about the 20-yard line.'"

"And they had Steve Spurrier," Linda Williams adds. "How many people can say that?"

Through the first eight weeks of the 10-week regular season, the Apollos dominated, going a league-best 7–1 and clinching a playoff berth. Gilbert led the AAF in passing. Following a stunning fourth-quarter comeback victory in Memphis on March 30, the Apollos were headed back to Orlando to face the 3–5 San Diego Fleet.

Fifty-three days after the league's first snap, and 25 days before its champion was supposed to be crowned, the AAF suddenly collapsed. By April 17, facing mounting lawsuits, the league filed for bankruptcy. In hindsight, it's easy to see the AAF for what it was: a financial game of Jenga that was teetering on the brink of disaster from the outset.

But at the time, its sudden demise to everyone – players, coaches, even the league's growing fan base – came completely by surprise. Weeks later, one question remains: Who's to blame?

"You know, you go back and forth and say, 'Should I have known this, and should I have known that?'" says Michael Waddell, the Apollos' former president. "At some point, you ..." Waddell stops and sighs. "It's just a great disappointment. We had players and coaches and staff that moved here because they believed in what we were doing, and came together in a very short amount of time, came together as a family."

He adds: "I'm just disappointed that we were unable to finish out what we started."

Tweet
Email
Print
Share
« Here's what it's actually like to get your medical marijuana card in Florida   |   ICYMI: Russian hackers may have succeeded in Florida, Orlando advocate Desmond Meade gets honored, plus other news »