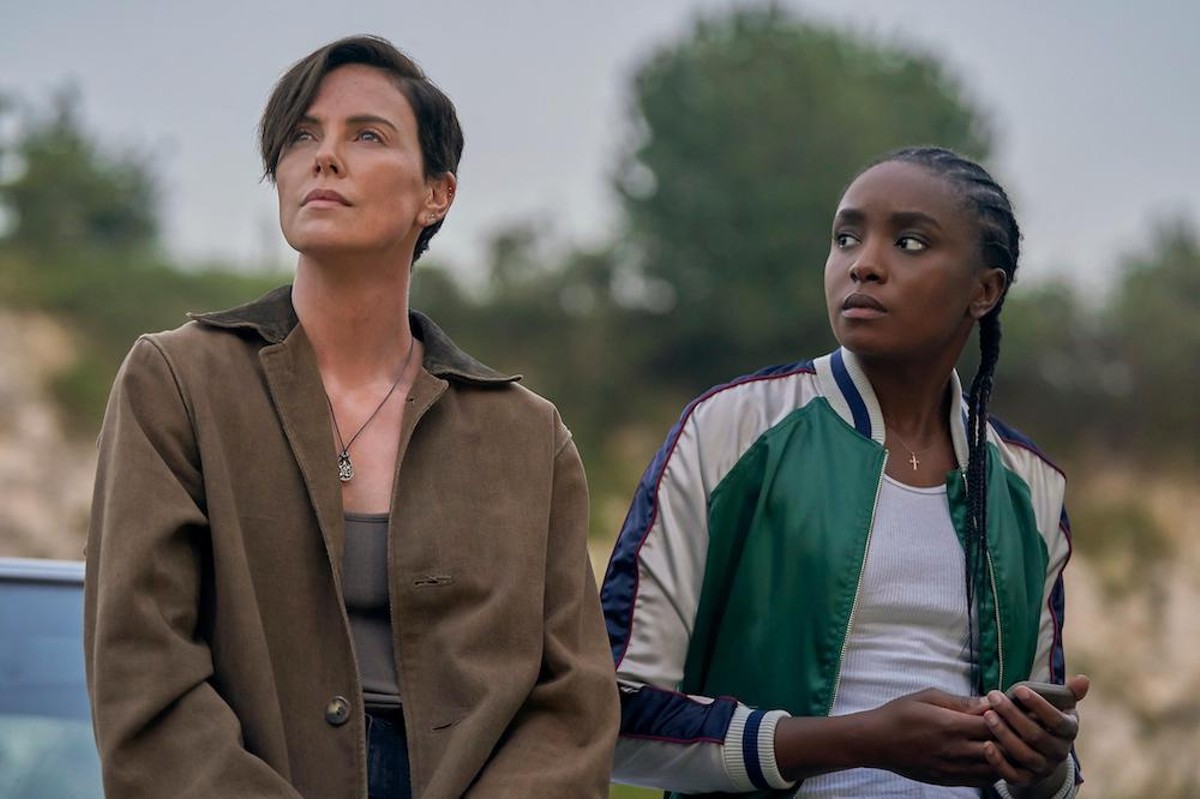 Charlize Theron and KiKi Layne in 'The Old Guard'

'The Old Guard,' streaming now on Netflix, immerses us in genuine feeling even as it embraces comic-book tropes

For the first time in this summer of the plague year 2020, I'm not sorry to be missing all the big loud comic-book movies we're being bombarded with in the non-pandemic alt-timeline. I like those movies – love them, mostly, even when they're exhausting – but they do tend to dominate the pop-culture conversation. With them off the radar this year, there's room to breathe for a fantastic little pulp comic-book movie like The Old Guard.

In fact, if we are ready to reconsider the superhero tentpole dynamic, Old Guard offers a blueprint: Get smaller. Give us metahumans, yes, but with more emphasis on the human than the meta. The immortal protagonists of The Old Guard are much more engaging and empathetic as people than most comic-book characters. The question "What would it be like to live forever?" has been asked plenty often before, but it's baked into the story and the characters here in a way that feels as deeply authentic as such a fantastical premise can be. There's nothing romantic about never dying for this crew. It's a lot of pain and loss and rage.

Here's (partly) why: Andy (Charlize Theron) has just about had it with the self-imposed mission of the small group of fellow immortals she leads in helping humanity. Because, as she replies when one of them tries to cheer her up with "We can do some good": "Have you seen the news lately? 'Some good' does nothing." Theron brings the badass here like she has in plenty of other popcorn movies – Mad Max: Fury Road, Atomic Blonde – but it's how she carries the weight of Andy's anger, the weight of history, that sells this brilliant flick. Andy is tired.

Character is much more important to The Old Guard than plot. More intriguing, too. The slow reveals of the relationships among Andy's team are a treat to witness, and much of it comes gently, as new immortal Nile (KiKi Layne) is introduced to Andy, Booker (Matthias Schoenaerts), Joe (Marwan Kenzari) and Nicky (Luca Marinelli) – the latter two of whom are a couple, their devotion to each other barely sketched yet palpable. One scene in particular, in which Joe explains what Nicky means to him, is a triumph for gay representation onscreen. Huge kudos to screenwriter Greg Rucka, adapting his own graphic novel, for this and other moments of juicy dialogue – not snarky catchphrases but smart, emotionally self-aware conversation – that make the movie such a joy.

This is a comic-book movie, and there's plenty of bruising action. But just as she did with her last film, 2014's pop-music romance Beyond the Lights, director Gina Prince-Bythewood elevates a familiar genre by immersing us in genuine feeling even as she embraces the tropes.

There's a sense, too, that the world of these characters is larger than we see. There are hints of larger forces at work arranging events for some purpose that even Andy, with her vast insight, cannot see. There is mystery here – it reminded me, unexpectedly, of the unearthliness of Jim Jarmusch's 2014 vampire drama Only Lovers Left Alive, if with a faster pace. This is a world I can't wait to return to. And with the suggestion that there's plenty more story to come, I'm looking forward to returning for another visit.