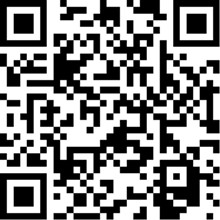 On Ronald Reagan Boulevard, just south of State Road 434 in Longwood, it's a chilly 63 degrees behind the fogged windows opening into the brewhouse at Hourglass Brewery. It's cool inside to keep the fermentation temperature suitable for the five stainless-steel fermenters happily bubbling away, packed tightly together against a window wall on the other side of the adjoining taproom.

"This is pretty much a glorified homebrew setup," head brewer Sky Conley says, "except much bigger." The brewery has everything a seasoned all-grain homebrewer would have: a hot-liquor tank for holding the hot water needed for brewing, a mash/lauter tun for breaking down barley sugars into fermentables, a brew kettle for making wort and the five fermenters. But instead of brewing five gallons per batch like most homebrewers, Conley and brewing partner Brett Mason can make 93 gallons, or three barrels, per fermenter. On a good week they could be fermenting 465 gallons of beer.

That's a lot of beer to pack into a tiny place. At just over 1,000 square feet, the two brewers had to get creative with real estate – for instance, they built a multi-tiered shelving unit to store ingredients in the middle of the floor so they could save a spot for a tasting room off to the side.

"We wanted a bigger place, but this did it," Conley says. "The hardest thing about finding a brewing location is finding a place with existing floor drains. And this was the cream of the crop at the end of the line." Hourglass Brewery is Conley and Mason's passion – they came up with the idea for the project after catching what's known in brewing circles as "the homebrewer's stare," in which brewer's gaze lovingly at a home-brewed pint and start dreaming big.

"We started making beer and it turned out that the first few batches were actually pretty good," Mason says. "And we were like 'Crap. We've got something going here.'"

And now opening day looms. Hourglass' decor and beer names all have something to do with time. Local artist Jeremy Gonzalez has been commissioned to decorate the tasting room with scenes and iconic images from films that feature time travel. The centerpiece incorporates the building's vaulted ceiling, depicting Doc Brown from Back to the Future hanging from the clock tower. On another wall, the Winnebago from Spaceballs blasts badass iridescent exhaust that glows green in black light (and before the nerds start shouting "That movie isn't about time travel!" recall the "We're at now, now" scene and chill out).

On opening day, Hourglass plans to have 10 different beers to choose from, including Doc Brown American Brown ale; an American amber with rose petals, almond flakes and rooibos; a sour cherry wheat (made with sour cherries, not the souring bacteria lactobacillus); and Old Timer, a Belgian raisin beer. According to Conley, the beer list is going to be kept up to date on their website in real time, meaning if they don't have something you saw on the list, you drove too slowly.

"We do a few classic styles, but normally we like to break them down and do something crazy," Conley says. On a recent preview trip, I was treated to one of these style breakdowns: a pint of blonde ale made with lactose sugar. It was light and easy-drinking like a blonde should be, but had a fuller body and richer flavor thanks to the lactose.

Mason and Conley say they are going to play around with flavors and try to create beers designed to win over customers, not beer judges. "Competitions are usually based on style guidelines and the tastes of Beer Judge Certification Program judges who are very trained on style, style, style," says Conley. "In my opinion, entering beer into a competition is kind of like telling Picasso and Van Gogh to enter a painting competition. It's art, man! Plus it's all relative to the drinker. Everyone's tongues are wired differently. It's a unique experience for everybody; that's why beer is awesome."