Having indulged in my fair share of cottage pies at Jimmy Mulvaney’s charming, unpretentious Irish boozer Claddagh Cottage, I was more than a little intrigued when word came that the pub owner (along with wife Kathy and food-service veterans Lisa and Rick Boyd) had taken over Scruffy Murphy’s once-future home to open an upscale gastropub fronted by a cordon bleu chef. Given Mulvaney’s deft skills as a bar proprietor, I was less concerned about the “pub” than I was the “gastro,” but as it turned out, the kitchen ultimately held up its end of the deal.

The “gastro,” it should be noted, is segregated from the “pub” next door and showcases Mulvaney’s skills as master artisan. Not only did he lay down the hardwood floors and take care of the wiring, Mulvaney junky-to-funkied the wooden desks left behind by the previous tenants and transformed them into beautifully crafted (if slightly upright) seating booths done in a rustic 1900s-era style. The quaint interior, with its low ceiling and exposed piping, is reminiscent of Claddagh Cottage, only decidedly classier and, at least on this Saturday evening, significantly quieter. If it weren’t for the catchy riff of “Day Tripper” and other Beatles classics being piped over the sound system, I’d likely be able to make out conversations in the kitchen. As a result, an unrivaled level of personalized service prevailed which, at times, bordered on intrusive, but it was understandable given the dearth of patrons.

And given chef Cody Patterson’s blue ribbon status, the menu, understandably, leans heavily on French cuisine. I was hoping for Irish soda bread inside the complimentary carb basket, but no such luck. Instead, it was beef and barley soup ($4) that offered a small taste of the Emerald Isle with its generous mélange of carrots, corn, green beans, peas and potatoes. Too bad the beef was lacking, and the few miniature morsels I did manage to sift out were ground, not cubed.

“Stop light prawns” ($9), so named because the trio of accompanying sauces resemble a stoplight, fared a little better. The fried plump curls were a smidgen greasy, but a dip into the olfactory-retarding wasabi mayo sauce proved to be the ultimate redeemer, while sweet mango chutney and zesty cocktail sauce were just as exceptional.

The Harp house salad ($4) left me wanting more – more brie, to be exact. The one negligible piece of warm soft cheese is a cruel addition to the mix of tomatoes, field greens, red onions and croutons. After all, no fromage-lover could eat just one small bite of brie; I’d rather they serve a significant slab of cheese with a berry compote, and let the greens be an adjunct to the dish, even if it meant an increase in price.

The two entrees I sampled were, conversely, flawless. Lamb persillade ($22) featured two racks of two chops each rubbed with honey mustard and rosemary, grilled, then roasted for a crisp finish. Creamy saffron risotto and grilled zucchini were ideal sides, but gnawing the utterly luscious flesh off the bone was what made this dish a truly enjoyable feast. The 10-ounce Angus beef filet ($33) was a tad overdone, but a superbly flavorful and prodigious cut nonetheless.

Desserts aren’t prepared in-house as yet, but don’t let that prevent you from indulging in the fabulous chocolate bombe ($6). The dome-shaped confection envelops airy dark and white chocolate mousse and rich chocolate ganache. Call me picky, but I didn’t care much for the raspberry drizzle, nor did I care much for the key lime pie ($4) which

See all past events at The Harp & Celt 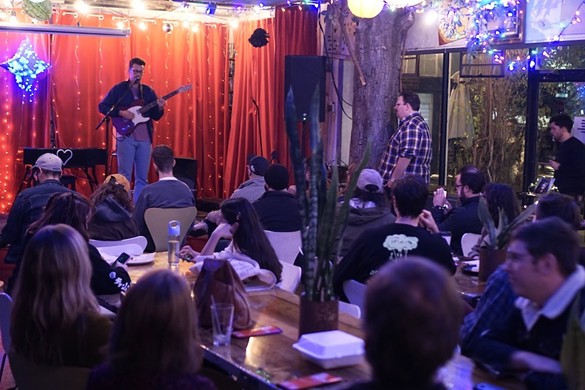 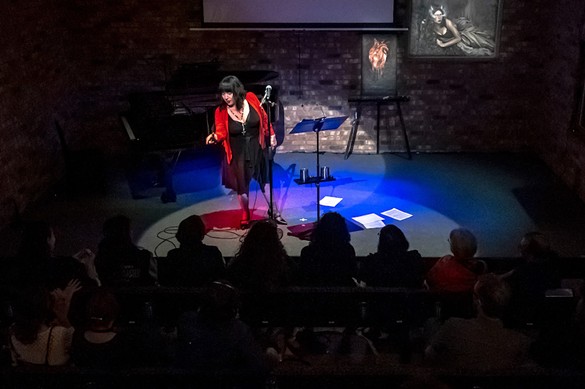