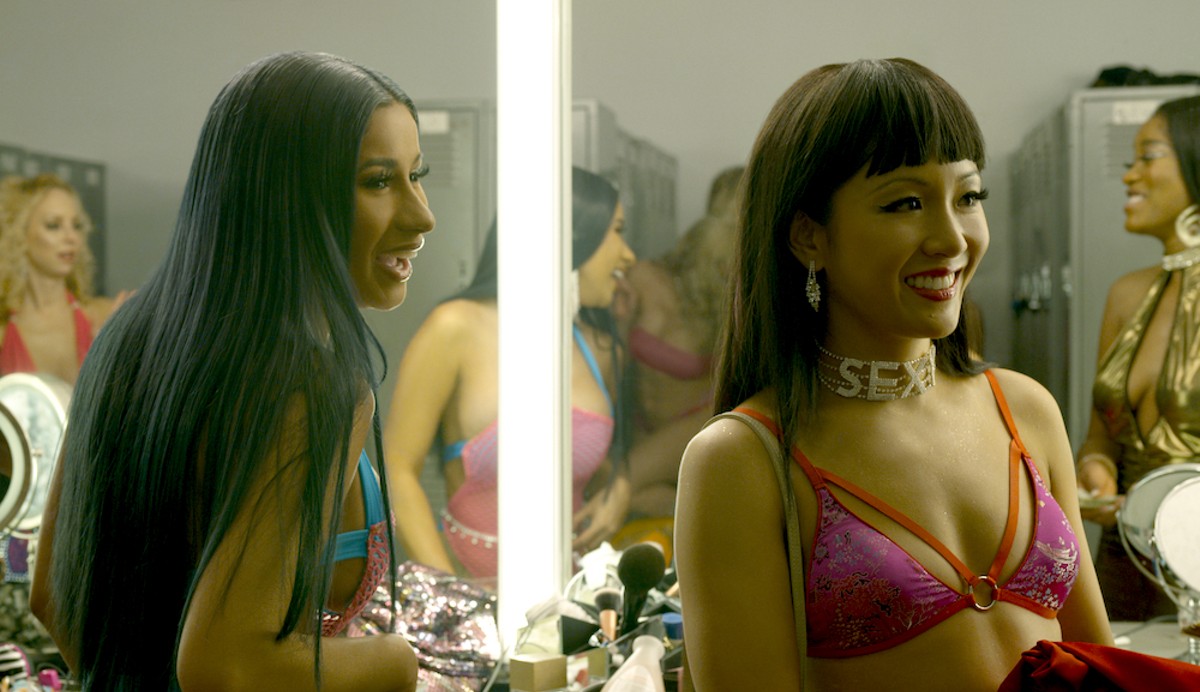 Cardi B and Constance Wu in 'Hustlers'

'The Goldfinch,' 'Official Secrets," and 'Hustlers' opening on Orlando screens this week

Opening this week: Aquarela Documentarian Victor Kossakovsky pays tribute to the awesome power of water in all its forms, in a series of vignettes that show how good ol' H2O both sustains and threatens life across the planet. Kossakovsky told Vox that the conditions he and his crew had to work under were so fraught with jeopardy he had to draw up a daily safety plan to make sure nobody died. Boy, that's a lot of risk to take for a movie that audiences are going to have to walk out on halfway through because they desperately need to use the john. (PG; opens Friday at Regal Winter Park Village & RPX)

The Goldfinch The film adaptation of Donna Tartt's 2014 Pulitzer Prize-winning novel casts Ansel Elgort as a young man who becomes an art forger after his mom dies in a museum bombing. Fun facts: The supporting cast includes Sarah Paulson and Denis O'Hare of American Horror Story, Finn Wolfhard of Stranger Things, Luke Wilson of Scream 2, Nicole Kidman of Bewitched, and oh crap I'm thinking too much about Halloween already. Then again, nothing scares me more than knowing Donna Tartt is still alive and winning Pulitzers. For God's sake, why don't we just make Bret Easton Ellis ambassador to Chad and be done with it. (R)

Hustlers In what I can only think of as a far less interesting riff on the "Burn, Wall Street, Burn" segment of Wonder Showzen, Jennifer Lopez plays a former exotic dancer who leads her pole-dancing sisters in an assault on Big Capital. Oh, and one of the ladies is portrayed by Constance Wu – whom you may recall from the Twitter hissy she threw earlier this year when the surprise renewal of her TV series, Fresh Off the Boat, made her unavailable to reprise her role in the sequel to Crazy Rich Asians. Well, there's a happy ending to report: That CRA sequel is now in limbo due to contract disputes with writer Adele Lim. So Wu isn't missing out on anything after all, and she can just devote herself to her TV show with 100 percent enthusiasm and dedication. As you'd expect. (R)

Official Secrets For a while there, it looked as if the movie industry was only ever going to depict the Iraq War as a tragic source of stress for noble American snipers who were just trying to advance the cause of peace by shooting motherfuckers in the head. That may be changing with the release of Official Secrets, which dramatizes whistleblower Katherine Gun's efforts to expose the American government for trying to strong-arm other nations into supporting the invasion. On the downside, Gun is played by world-class lightweight Keira Knightley (deep sigh). Fearless prediction: When Hollywood finally gets around to tackling the 2019 tariff wars, the critical role of Xi Jinping will be played by Constance Wu. And lemme tell ya, she ain't gonna be happy about it! (R; opens Friday at AMC Altamonte Mall 18 and AMC Dine-In Disney Springs 24)